Prepare yourself for some action, as this T-top equipped beauty will blow your mullet right off your head.  The 4th generation Chevrolet Camaro debuted in 1993 with an all-new sleek door-stop inspired look and a $995 option for an “Indy 500 Pace Car Edition.’  Some wife-beater wearing hairy backed dudes opted to get the “Pace Car” edition, they probably would have sold 10X if it had been NASCAR themed, not that Indy attracts the ‘high-brow’ Ferrari jacket douche-bags, but the bottom line is that just over 600 of the Pace Car edition were ever sold. Most Z28s have lived great lives doing donuts in high-school parking lots and routinely causing police to pull them over for the generally being awesome, but today’s minty clean feature has been pamper and only has 6k miles on the odometer.  Find this 1993 Chevrolet Camaro Z28 Pace Car Edition for sale in Sacramento, CA for $17,000 via craiglist. 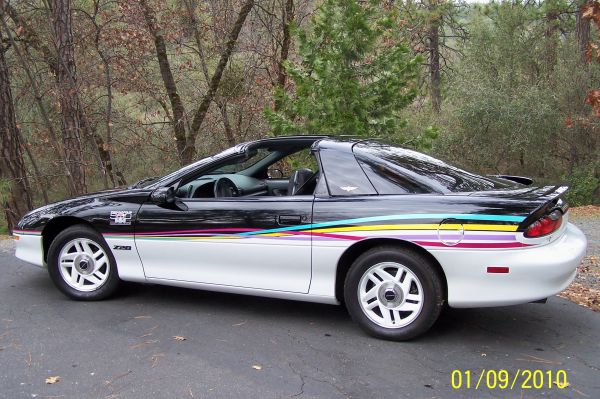 The Camaro Z28 Pace Car edition was similar to most Pace Car editions – in that it actually wasn’t ever used to pace any race – it was just the manufacturers way to squeeze some extra cash from racing fans.  One Camaro (that is probably in a museum now) was used at the front of the actual Indy 500 on the warm up lap, but the a bunch of editions were sold to the public to help pay for the dollars that GM had to pay the Indy 500 organizers to use the Camaro.  A little trickle-down (up?) economics theory to explain why a manufacturer would offer a Pace Car edition. 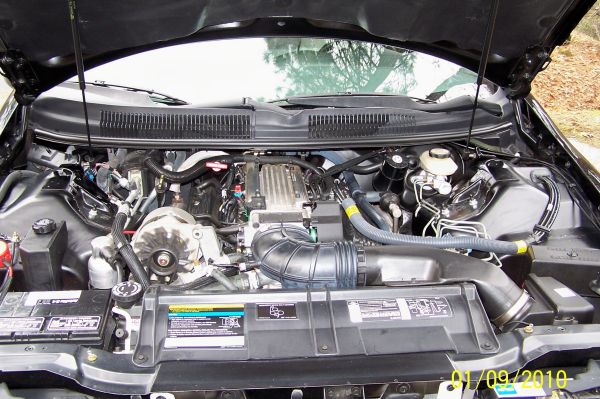 The Indy Pace package added nothing under the hood to the LT1 V8, that puts out 275 horsepower from its fuel injected 5.7 liter pushrod V8.  The LT1 was a significant update to the original generation small block; these early cars use speed-density air measurement and batch-fire fuel injection setup, and are significantly easier to pass a California smog test due to the OBDI (not-OBDII) diagnostics and easy of ‘transparent’ modifications. 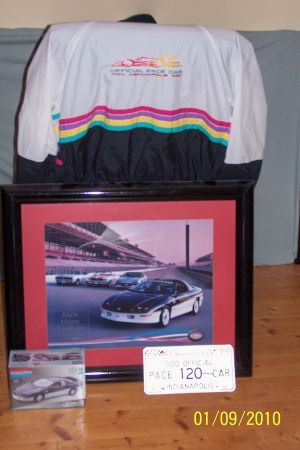 This Camaro comes with a small model, a photo and a bitchin Jacket – we’d wear this to Cars & Coffee every chance we get and make sure to photobomb all the Jaguar dudes pics.

Back to 4th gen Z28 pace cars, we inadvertantly discovered an interesting thing about them, even though there were only a few built, most seem to be for sale at any given time.  We found an example with 63k miles on the odometer about the close on ebay for just above $6k, two in Phoenix with undisclosed miles for $10k & one with 63k for $13.9k, another with 13k miles for $33k asking, and yet another with 821 miles for sale for $30k.  821 miles??  If you may anything near the asking price you are basically destined to never drive it..making it a ‘collectors’ item.  Seriously?  A collectors F-body?  Strange indeed. 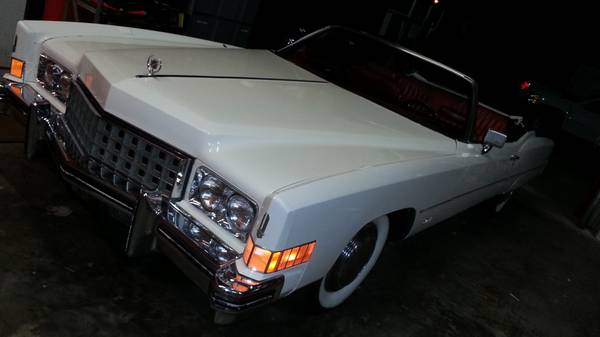 Bottom line, if you want an Indy 500 Pace Car Replica…well…buy this 1973 Cadillac Eldorado Convertible for $8k in Houston, it is way cooler than the Camaro.