The original Osso di Seppia (bone of cuttlefish) Spider (105/115 series) was designed by Pininfarina and produced by Alfa Romeo from 1966 to 1969.  The first generation (Series 1) is also known as the boat tail or round tail to differentiate it from the later Kamm back (Series 2), duck tail (Series 3) and smooth tail (Series 4).  It is the quintessential affordable classic Italian roadster…but they aren’t so affordable these days, but this one doesn’t look bad.  Find this 1969 Alfa Romeo 1750 Spider offered for $14,500 in Seattle, WA via craigslist. Tip from Gianni. 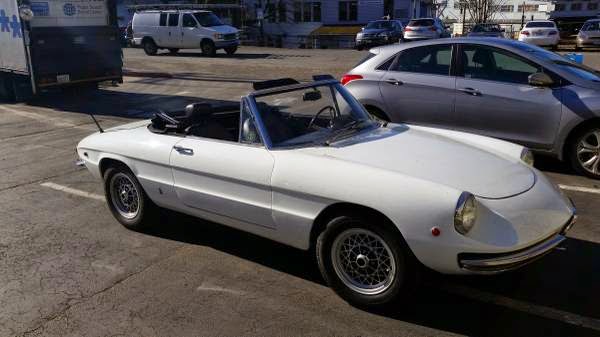 The Spider shared much of its mechanical parts with the series 105 Giulia sedan and was first introduced to the world with the name Duetto.  In late 1967 the Duetto name was superseded by the name Spider Veloce, and the car received minor updates (sideview mirror moved from fender to door, changed badges on tail, etc). 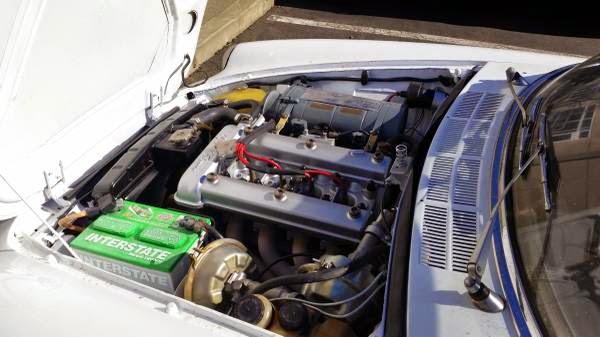 This 1750 Spider Veloce is powered by a 1.8 liter version of Alfa Romeo’s famous DOHC inline-4.  As with all US market cars, it was fed by SPICA (Società Pompe Iniezione Cassani & Affini) fuel injection and rated at 118 horsepower.  The only transmission available was a 5-speed manual gearbox. 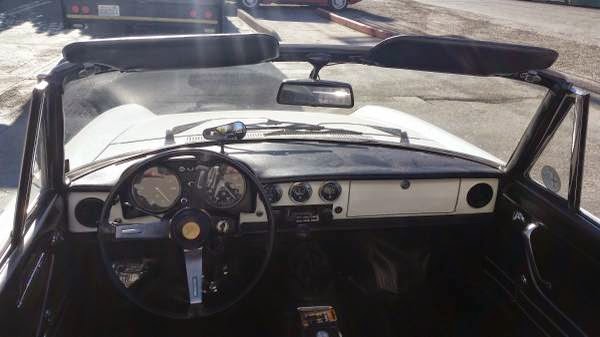 The Spider is known for its famous roll as Dustin Hoffman’s ride in “The Graduate” but it was the car of choice for many people looking for an imported convertible in the 1960s.  This one looks to be in good condition for its asking price, but a thorough inspection for rust is always a must on any old Italian metal. 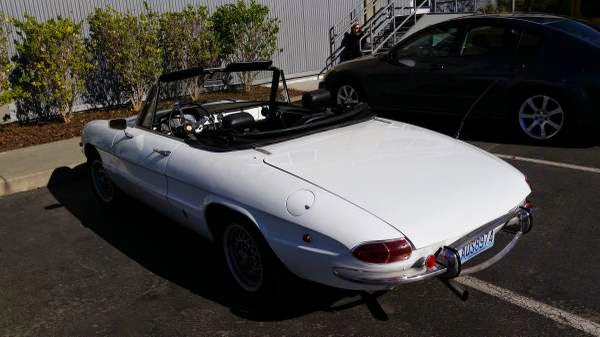