We seem to find V8 powered  RX-7s about as often as ex-Disney kid stars instagram n00d selfies (not sure what any of the three preceding words mean) to each other, which is apparently quite often.  It probably has something to do with the rotary engines spinning themselves into oblivion like a pill popping early twenties ex-teen star; you know, idle hands and all….  The RX-8 generation superseded the RX-7 in 2003 and at ten years old the early ones are just starting to be worth less than a good engine rebuilt costs.  Cue the torch wielding engine swappers like paparazzi armed with fuel injected cameras at a Miley Cyrus pajama party.  Find this 2004 Mazda RX-8 with LS1 V8 for sale in Norfolk, VA for $16,000 via craigslist. 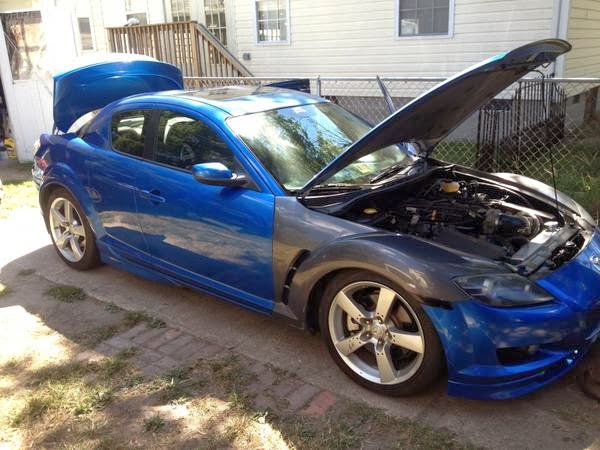 Seeing the sheer number of RX-7s with V8 swaps, it was only a matter of time before the RX-8s start to shed those apex seal eating buzz saws and grown shiny new V8 bits.  Springtime has come to V8 swap land and this is the first buck of the season. 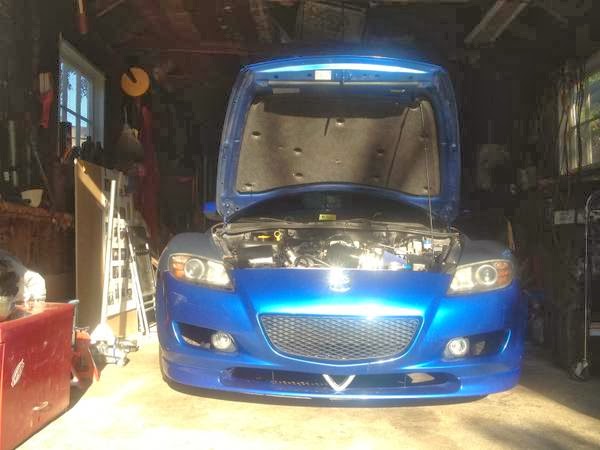 This 2004 RX-8 originally had a naturally aspirated 2 rotor Wankel  displacing 1.3 liters and rated at 247 horsepower when new.  It isn’t a bad engine at all, but the lack of low end torque and college dorm building thirst for crude makes it less than perfect.  Fortunately it is easy enough to swap the ubiquitous GM LS1 alloy 5.7 liter V8 in for a minimum of 350 horsepower out of the box. 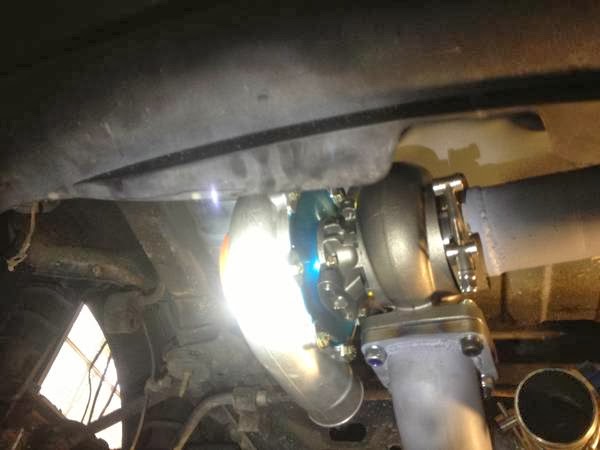 Bolt on an aftermarket turbo like this one and expect at least another 100 horsepower depending on complimentary components.  Hard to tell from the potato camera pic, but this could be an STS style rear mount turbo setup that puts a low pressure turbo where one of the mufflers is normally located.  It is horrible for turbine efficiency to get that far from the exhaust ports, but probably not a big deal when you’ve got a big displacement V8 up front. 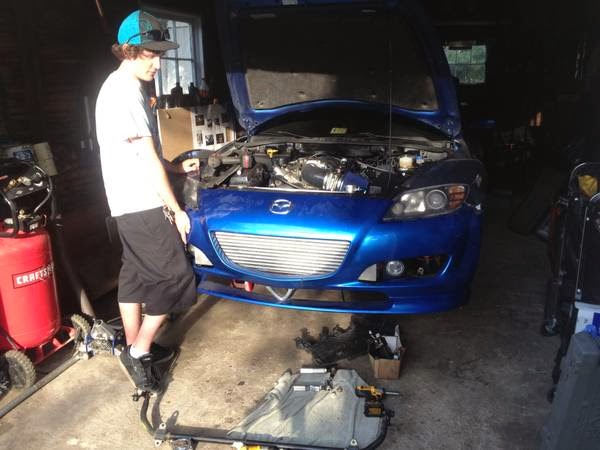 One of our favorite thing to see in a craigslist ad is a picture of the seller – especially one like this where a seller seems deep in thought while caressing his car tenderly.

See a quicker way to piss off Mazda purists? tips@dailyturismo.com