The summer of 1972 was well known for the Olympic games held in Munich, Germany from August to September and the games were supposed to show a new image of a happy Germany post WWII. Instead it was the site of a hostage standoff and massacre of 11 Israeli Olympians and a few terrorists.  The product planners at Ford could not have predicted such a calamity and several months prior (March 1972) had released an Olympic Sprint special package for the Mustang, Pinto and Maverick to cash in on the spirit of the games.  Those cars aren’t really collectors items today for whatever reason, but the package adds some cool factor to the giant Fastback Mustang.  Find this 1972 Ford Mustang Olympic Sprint Mach 1 for sale in Marble Falls, TX for $15,000 via craigslist. 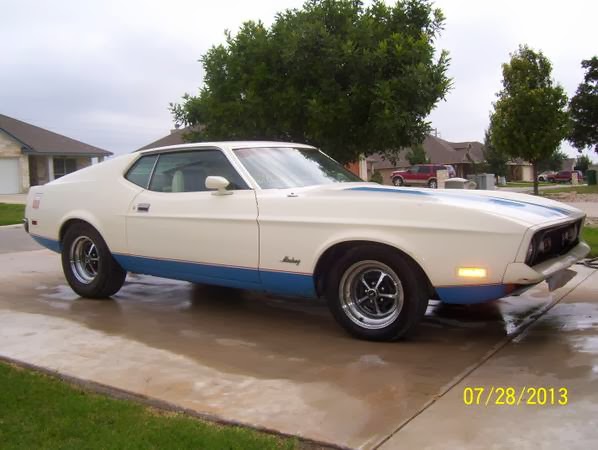 The Sochi, Russia winter Olympic games kicked off last night with some figure skating and freestyle ski jumping, but things don’t really start until the non-judged competitions start.  Frankly, I don’t understand how anything with judges is deemed appropriate for the Olympics; to be a sport you need a measurement, a ball & goal, a stopwatch or the chance of death.  Figure skating, freestyle snowboard, skate boarding & interpretive dance — not actually sports.  Anyway, back to the car – the Olympic Sprint costmetic package was applied to about 9,000 1972 Mustangs and added a red-white-blue color scheme with a small USA shield decal on the rear quarter panel.  There was also a Canadian version that added a small maple leaf in the place of the shield, but still used the red-white-blue paint scheme for some strange reason. The interior of the Olympic Sprint was just as gaudy as the exterior and featured a white interior with blue seat inserts and red piping.  The light colored fabric looks about as difficult to clean as the restrooms at the Olympic village on Indian food night. 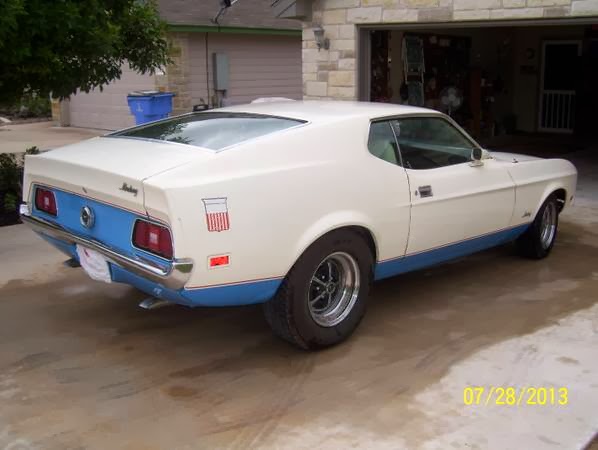 See a better way to celebrate the Olympic spirit?  tips@dailyturismo.com