The 4th generation E70 Toyota Corolla was the last rear-wheel-drive platform that
extended across the entire Corolla lineup (the AE86 “Hachi-Roku” coupe
remained RWD for the next generation, but within a few years everything
was front-drive, understeering, no-fun, appliance-city).  The Corolla
was reliable, cheap, easy to fix and everywhere — sort of the Model T of the 1980s — and many have been modified into hot rods.  Find this 1983 Toyota Corolla DX offered for $15,500 NZD ($13,314 USD at time of printing) in New Zealand via trademe.co.nz. 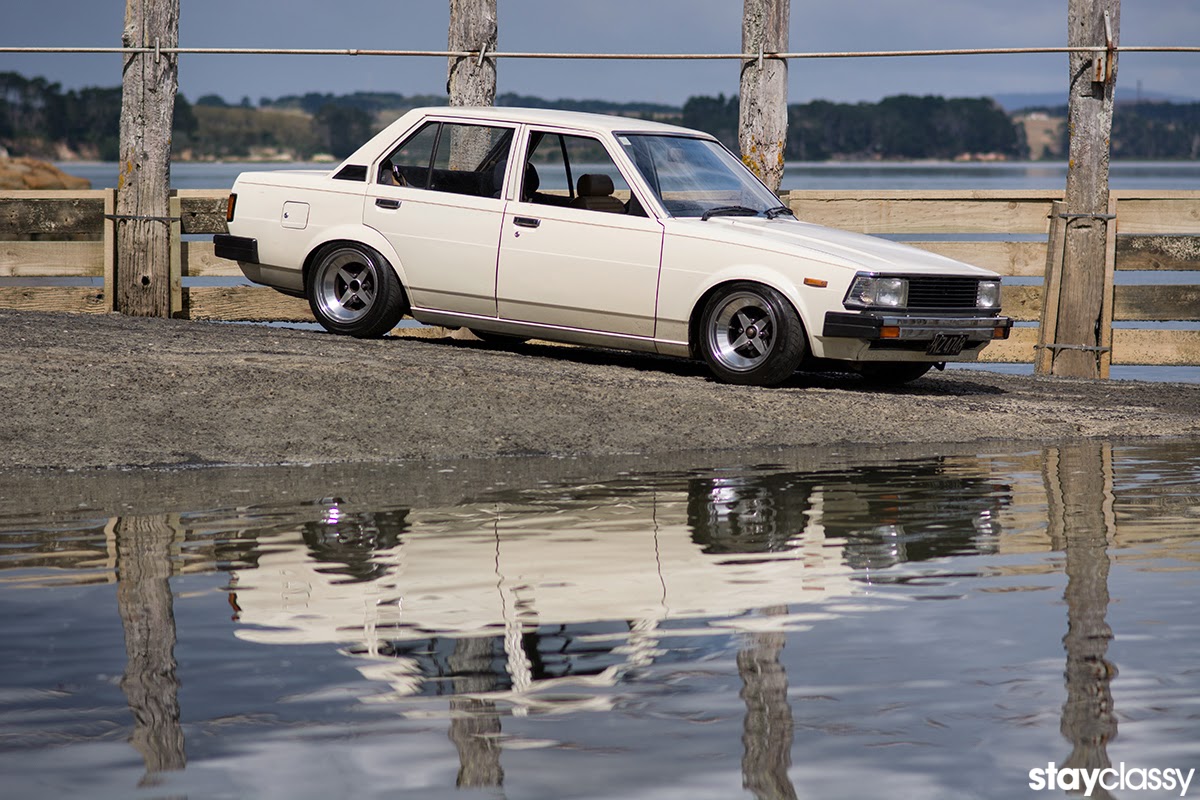 I know what you are thinking, almost 15 large for an 83 Corolla sedan…what website am I reading??  Just stay with us as I try to hit the major points.  First, this car is in New Zealand and I have no idea what the used car market is like.  It could be like Havana where everything is 4X what it would cost here, or it could be like Japan/UK where used cars are so prohibitively expensive to license and insure that they are cheap…dunno. 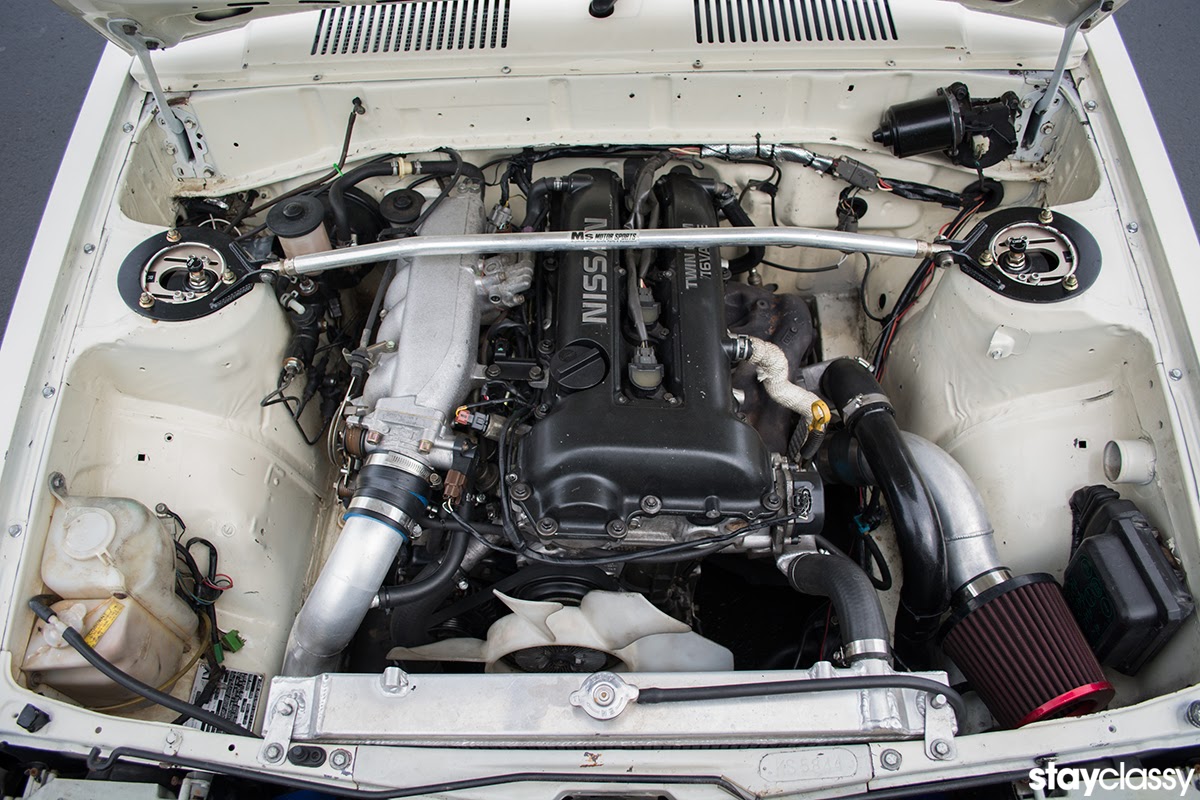 Under the hood is where most of the money has been spent on this car, a Nissan SR20DET from an S14 generation Nissan Silvia sits where the original boat anchor from Toyota would have lived.  The SR20DET is a common swap because it features a factory turbo setup with a high flowing twin-cam head and is easily tunable to higher power levels.  The seller of this car claims a conservative 240 horsepower, which in the 1800 lb Corolla chassis gives you the power to weight ratio close to an E60 M5. 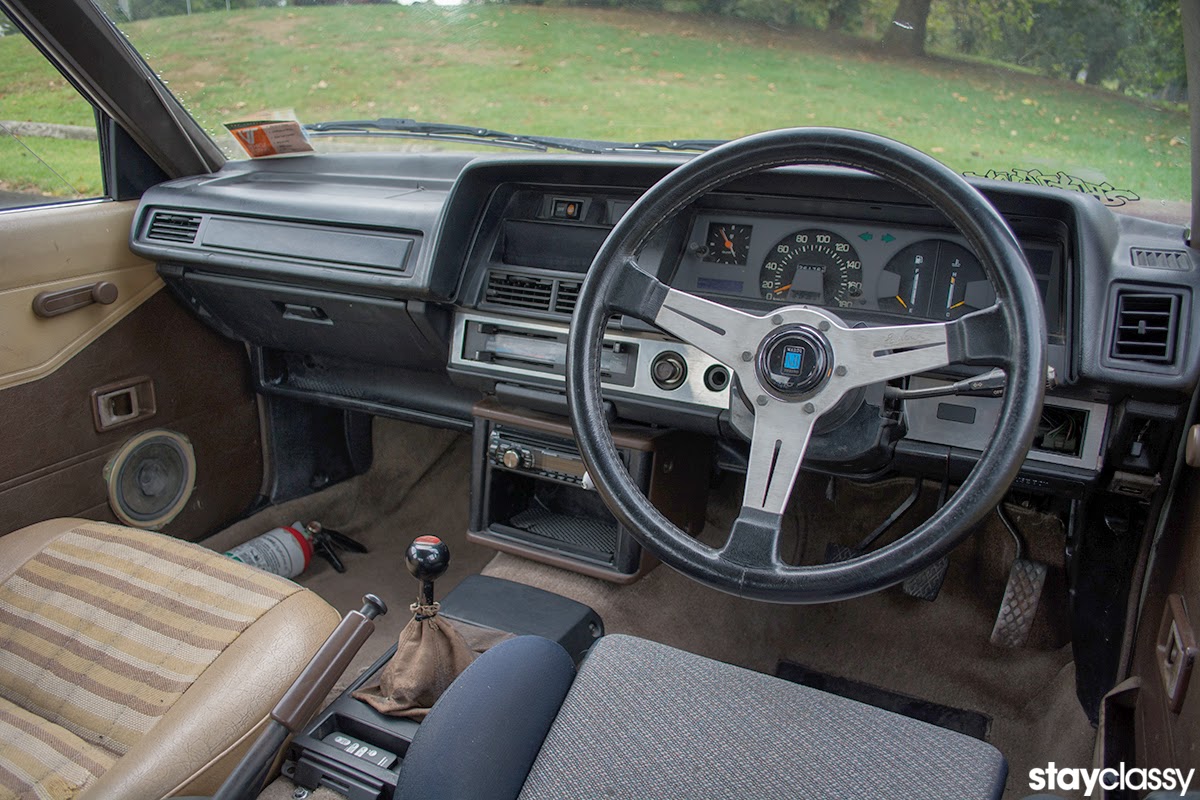 Inside everything looks in tip-top shape, which isn’t going to wow anyone with its hard plastic 80’s plastic dash…but for an 80s Japanese car this one looks nice.  The aftermarket steering wheel and new sport seat certainly don’t hurt. But the black wheel, dash and driver’s seat don’t match the brown & tan original parts that are still hanging around in here. 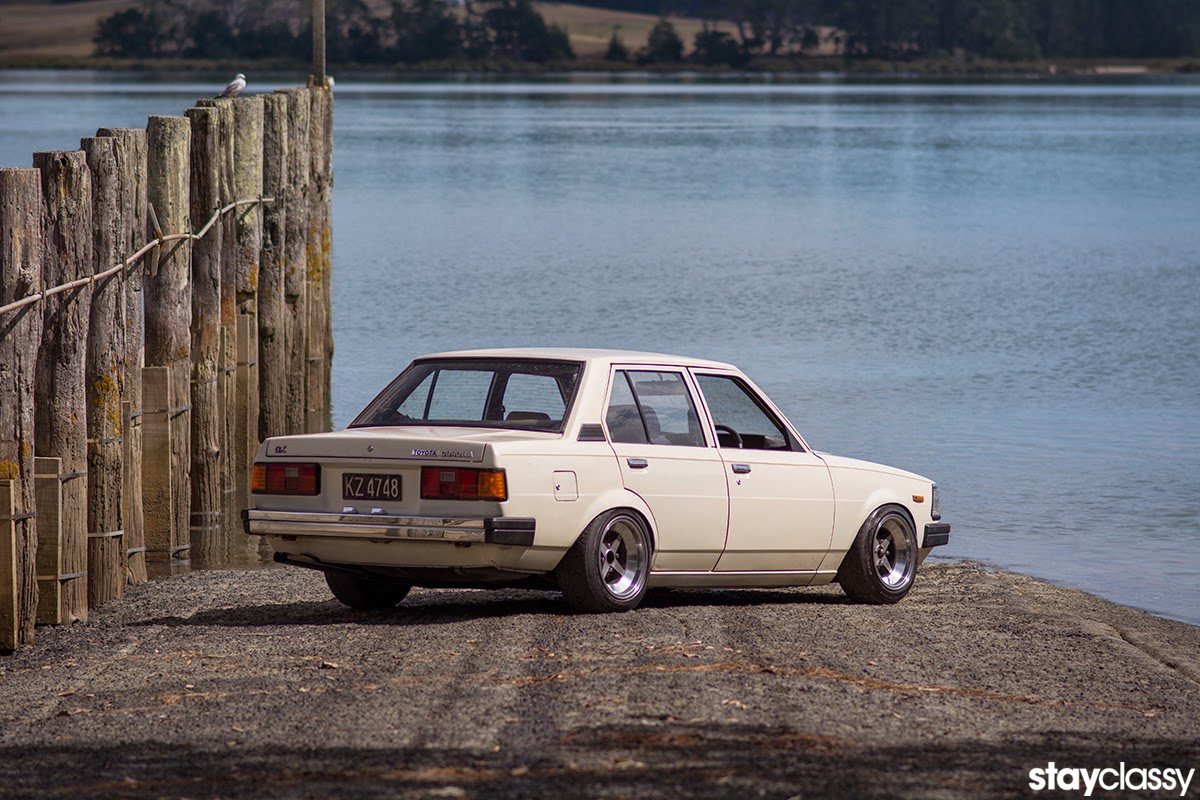 Final thoughts – this thing is slammed and stanced, which won’t be to everyone’s taste…but it could be a serious handful and a blast on the road.  tips@dailyturismo.com