The Manta Mirage was a strange low volume car kit car built from 1974-1986 out of a small garage in Costa Mesa, CA.  It was styled to look like a
McLaren M8 CanAm race car and was featured prominently in low
budget Hollywood films in the day, first as one of the 48 cars stolen in
HB Halicki’s 1974 Gone in 60 Seconds and later in the 1975 Death Race 2000.  Recently we searched for one for Chuck, who seems to be the only surviving actual McLaren M8 racer still on the planet, but wouldn’t you know that one would show up on eBay a few weeks later.  Find this 1985 Manta Mirage here on eBay

currently bidding for $17,700 reserve-not-met with about a day to go, located in Alpharetta, GA. 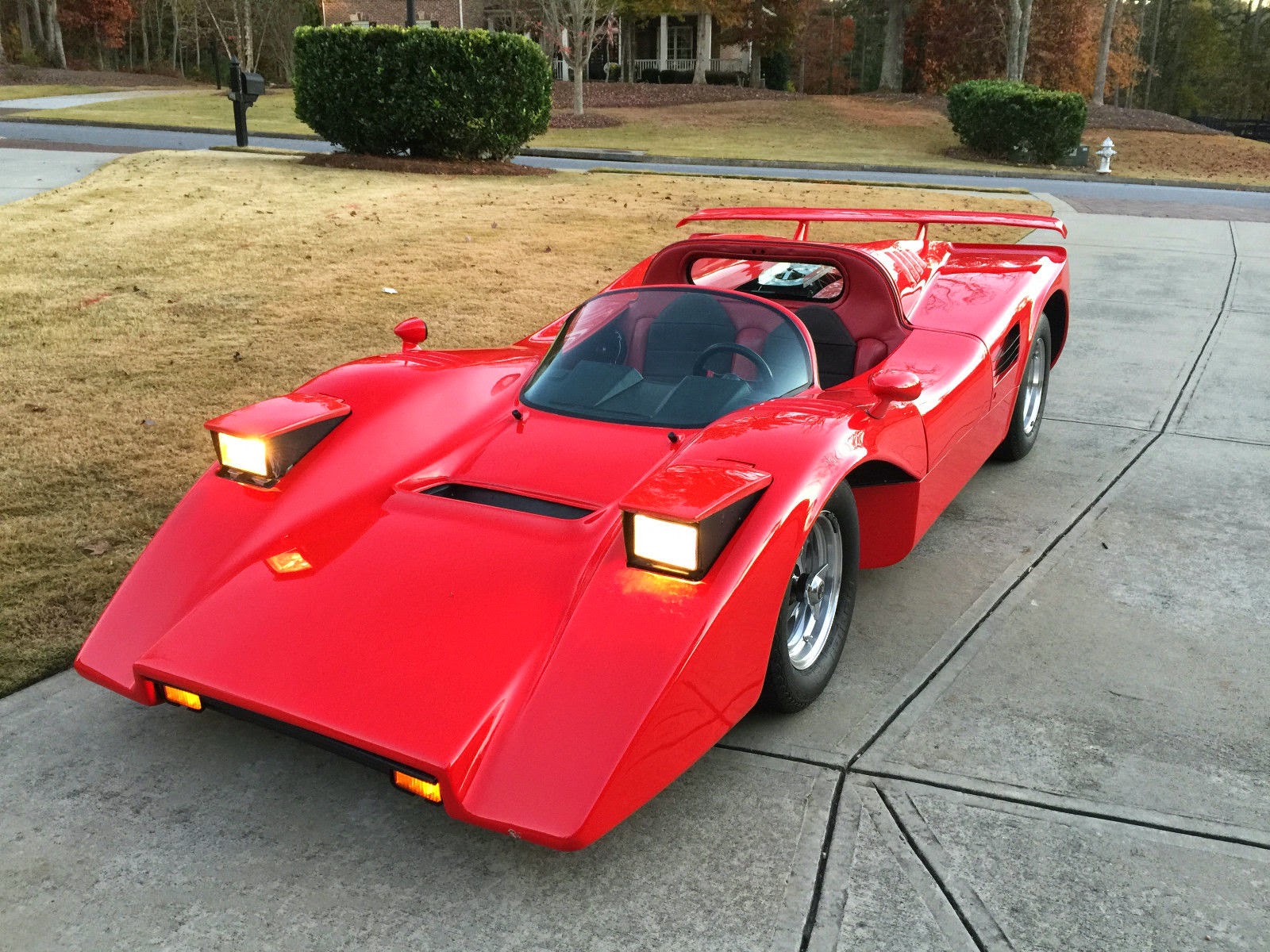 Manta Cars was run by brothers Brad and Tim LoVette — they used a space frame with a mid mounted V8 to produce the closest thing to a race car you could buy and legally drive in the 70s.  Forget going fast in something from Lamborgini or  Ferrari, this was the real deal, ready to break the speed limit in any gear and get high centered on small speed bumps. 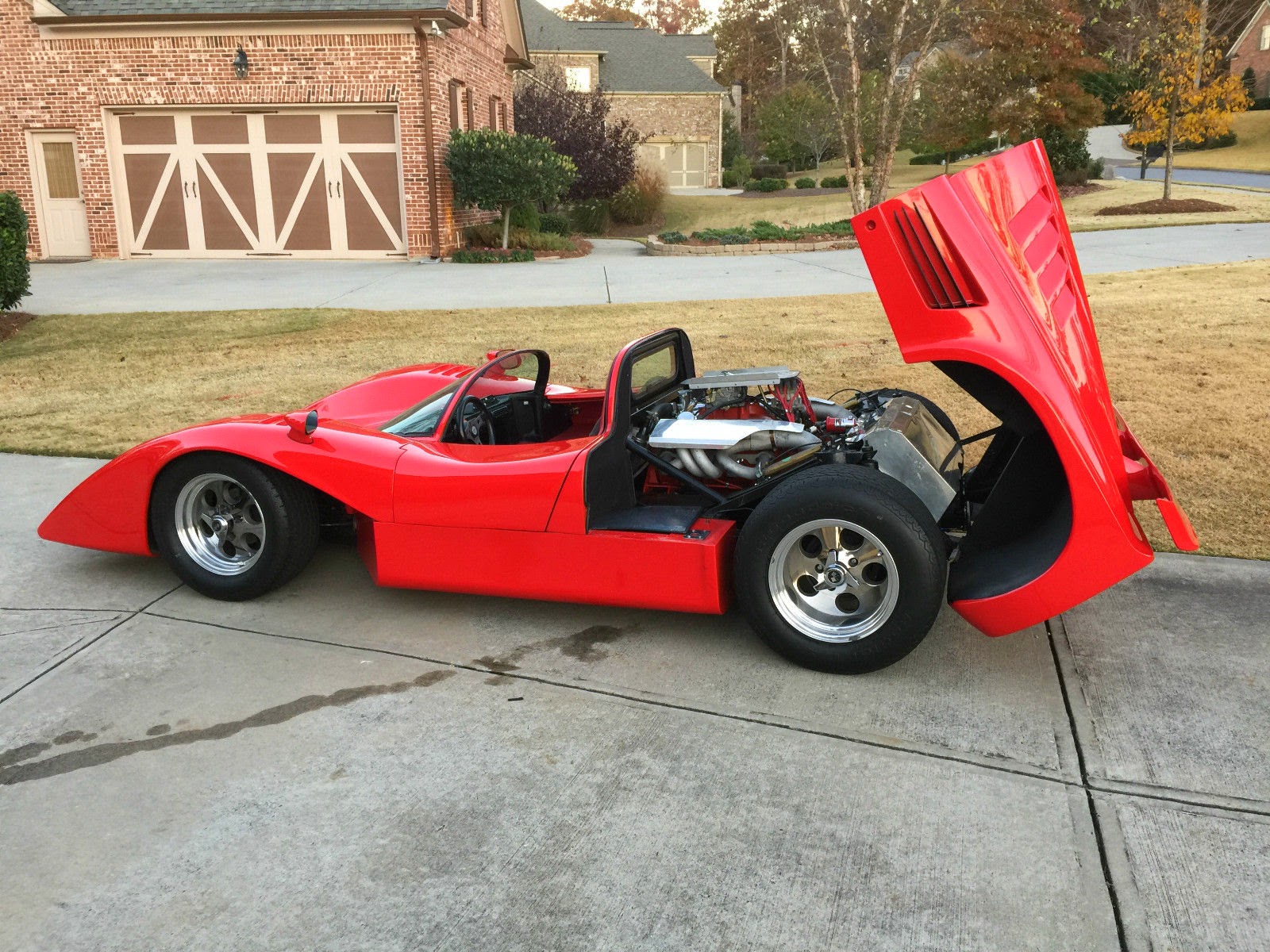 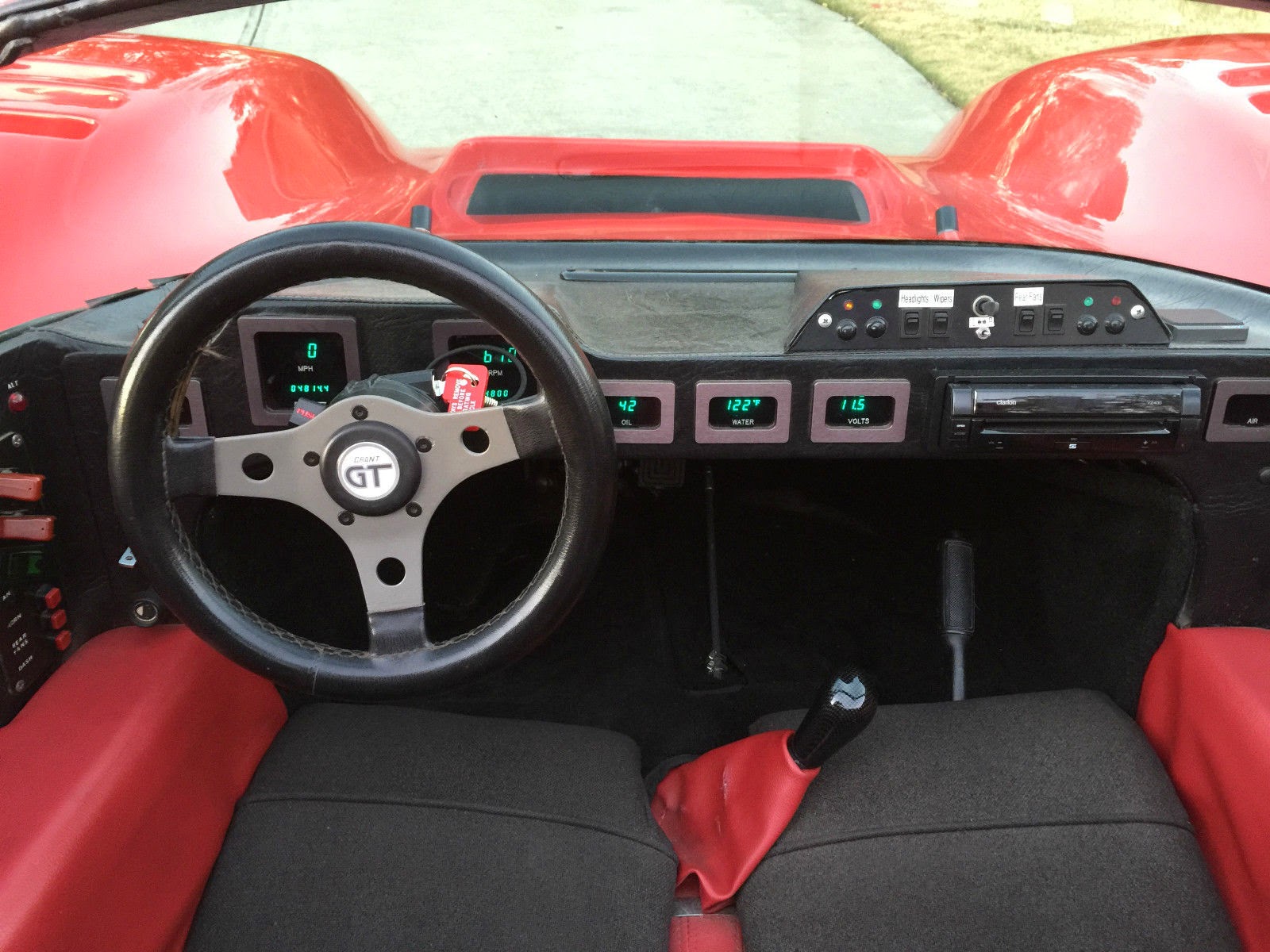 The Manta won’t wow you with creature comforts on the inside — in fact you should always get a signed consent from your passengers, not because you sit shoulder to shoulder, but because shifting into reverse will require some uncomfortable touching in private areas. 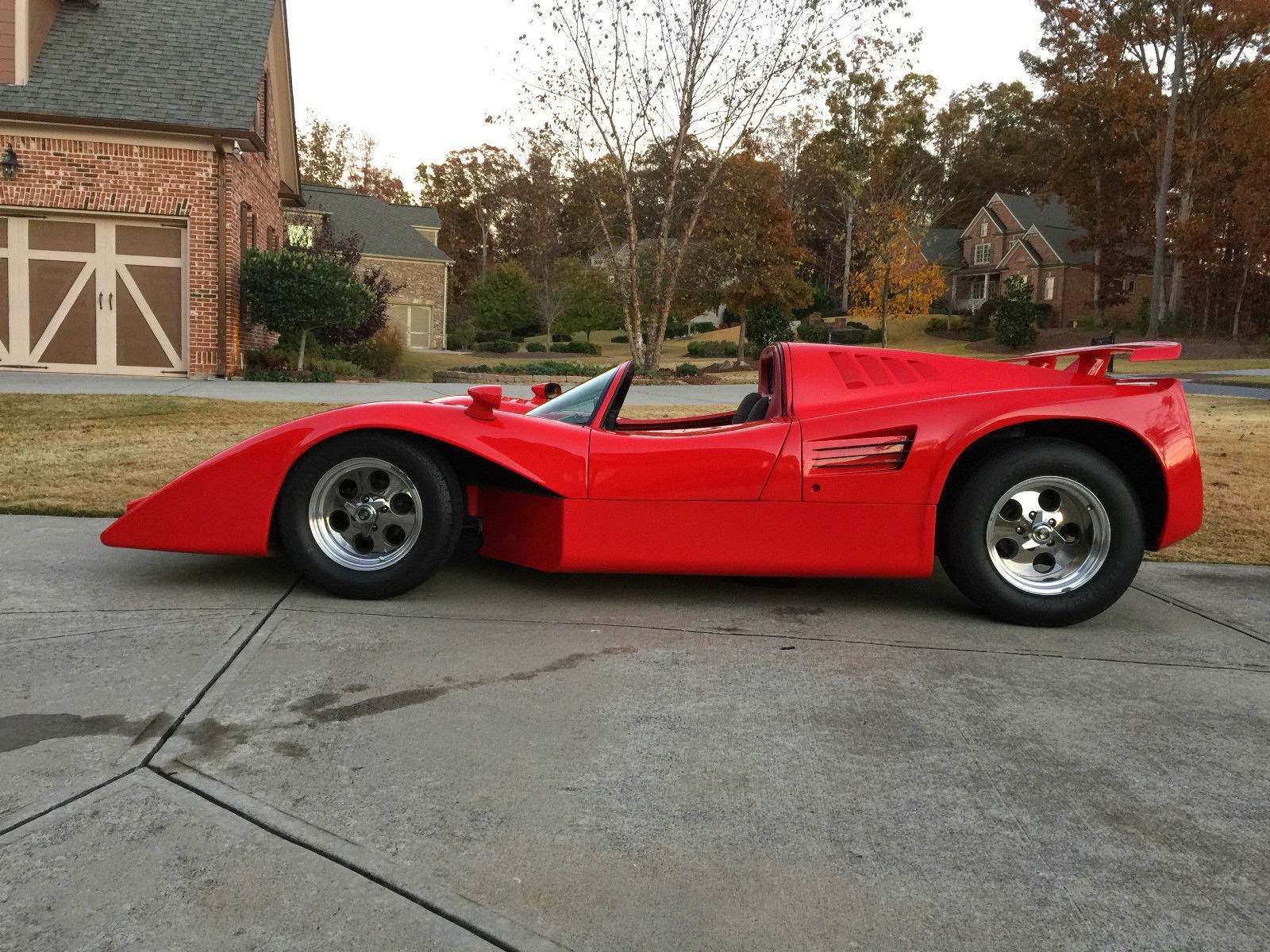 See a better car for a first/last date? tips@dailyturismo.com