The C4 generation Corvette ZR-1 was sold from 1990 through 1995 as a pushrod free vision of the future.  Strangely enough, the geniuses in GM’s engine group decided the overhead cam was not needed and future super car versions of the Vette somehow managed to produce power without overhead cams, but for a few years the inevitability of direct acting valves seemed certain.  Find this 1990 Chevrolet Corvette ZR-1 offered for $18,000 in Honolulu, HI via craigslist.  Tip from SS. 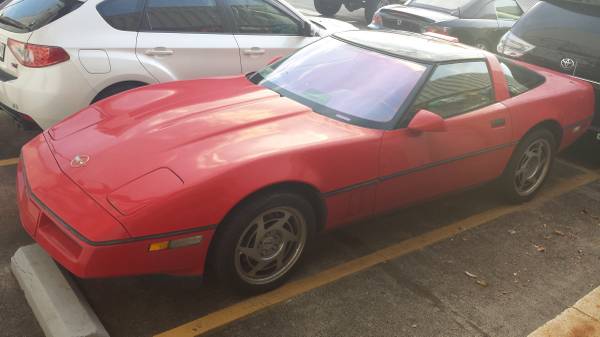 When new, the ZR-1 was a beast of a car.  It was engineered to be the worlds fastest production car, and hit an impressive 175 miles per hour back when reaching 155 mph was a milestone for most.  The ZR1 was the result of a project between GM and Lotus Engineering,
which resulted in a DOHC V8 engine, big brakes, heavy duty suspension
and active ride control.  It was really ahead of its time for a GM
product from the early 1990s but a hefty price tag (twice the cost of a
standard Vette at $60k) and special assembly plant limited production to
6900 units over 6 years. 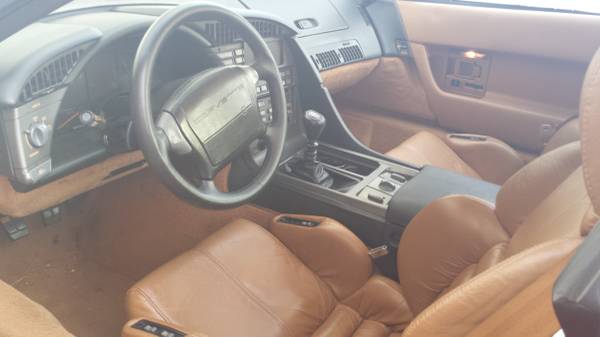 Under the hood of the ZR-1 is the aluminum block LT5 V8
built by Mercury Marine, which shares bore centers with the L98, but
not much else.  The dual overhead cam heads and variable runner intake
system were designed by Lotus and helped generate 375 horsepower and 370
ft-lbs of torque.  This made the ZR-1 a considerable performance car
for the time and was the fastest stock Corvette until the 2004 Z06 was
released. 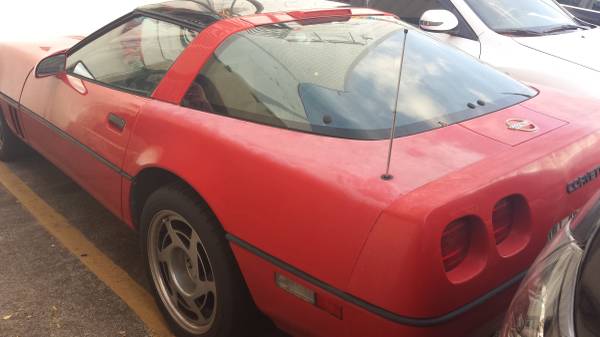