The R129 generation Mercedes SL convertible was built on a shortened version of the W124 E-Class sedan platform for a remarkably long 13 year model life from 1989-2002.  The mid year cars are probably the best to get, as they have had the early “green” design problems fixed at the factory and haven’t yet succumbed to the dark ages of the DaimlerChrysler years.  Find this 1995 Mercedes-Benz SL320 with only 35k original miles for sale in Santa Barbara, CA currently bidding on ebay for $12,100 reserve-not-met with 5 days to go. 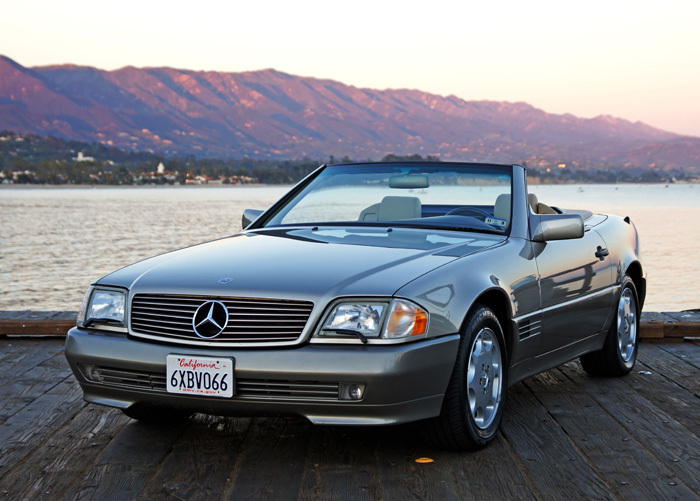 The SL320 Mercedes-Benz was the low end of the SL lineup, equipped with a 3.2 liter inline 6 instead of the big V8 of the SL500 or the V12 of the SL600.  However, if you wanted the SL with a shift-it-yourself gearbox, the only engine you could have (at least in the US market) was the inline 6.  This particular car is an automatic, making it a great choice for those who cannot (or prefer not to) row their own gears, maybe the young lady in your life…girlfriend, wife, mistress, daughter, etc. It would make a perfect cruiser for someone who prefers smoothness over control. 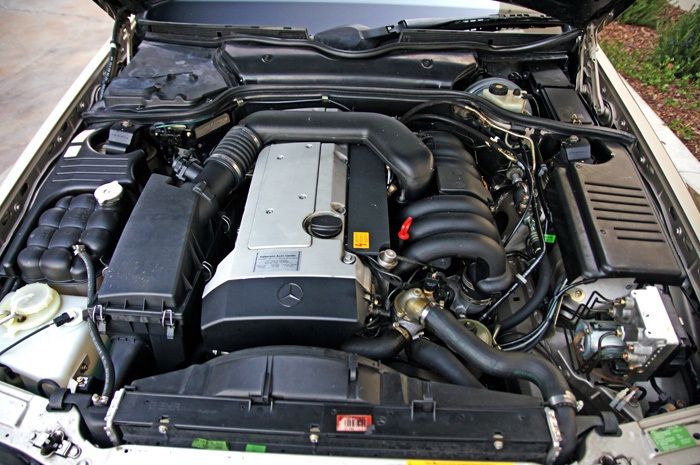 The SL320 (Mercedes inexplicably changed the nomenclature from XXXSL to SLXXX in 1993) purrs to a nice 229 horsepower.  Mercedes bread and butter for decades was its inherently balanced inline 6s, so don’t be dismissive since this isn’t some brutish V8/V12.  The M104 is a DOHC engine that should cost less in fuel, maintenance, understeer and headaches as compared to its V8/V12 big brothers. 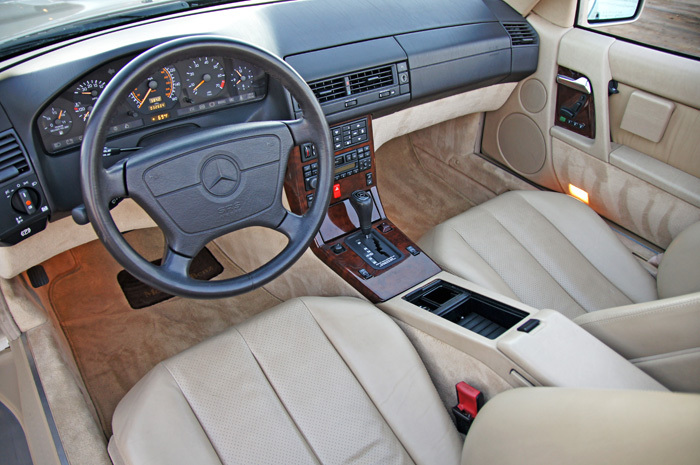 The inside of this 35k mile Mercedes is positively immaculate.  Not much to say about this car other than it looks like a photo from the showroom. 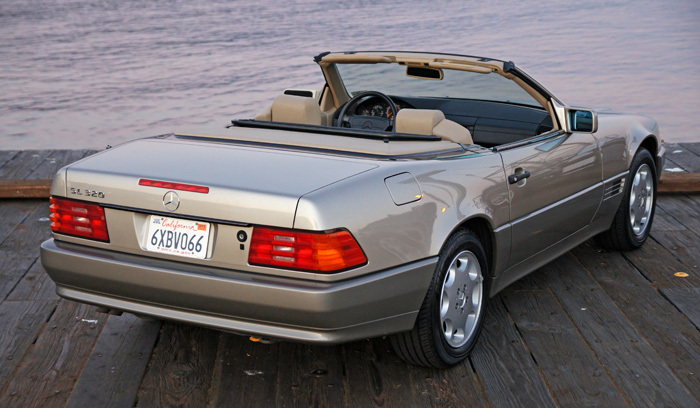 Your guess is as good as ours as to where this auction will end (reserve?), but one thing is certain – Mercedes convertibles in excellent shape will be collectable in the future. Just look at the current value of W113 “Pagoda” SLs as an example.