We’ve heaped negative comments on kit-cars that are based on actual classic car designs in the past, mostly because we agree with Carroll Shelby when he ranted about other people designing their own damn cars instead of copying his.  That isn’t to say that we don’t appreciate the idea of a $20k version of a $200k car, we just think it shouldn’t have Porsche emblems on it because…well..it isn’t a Porsche.  Anyway, purist nonsense aside, this 1952 VW-Porsche 550 Glockler Spyder Kit Car is for sale in Houston, TX and currently bidding for $17,601 with a few hours to go. 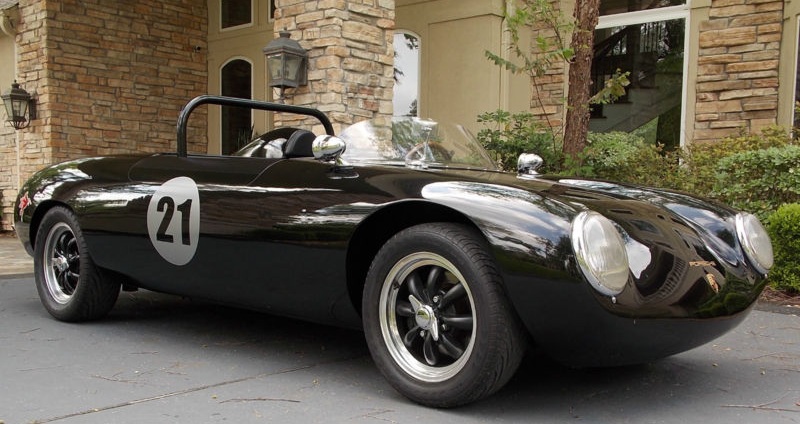 The Glockler Spyder kit was typically built upon a 1958-1974 Volkswagen Beetle chassis, at least according to kitcarlist.com. This seller claims that this one is built on a Porsche 356 chassis and says it has an actual Porsche vin plate, but the photo of the underside looks like VW pan to us and we doubt someone would sacrifice an actual Porsche 356 to build a kit car. 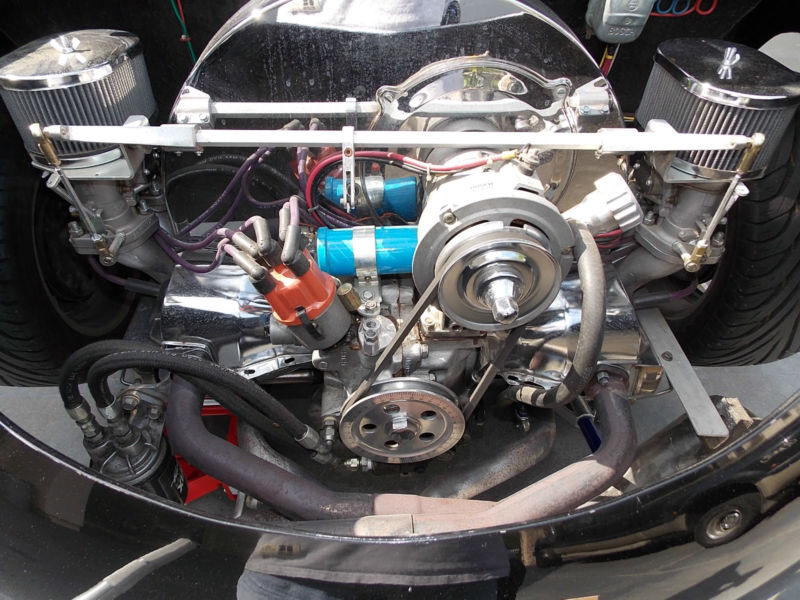 The VW aircooled flat-4 been bored/stroked to 1.8 liters and is covered in many square feet of chrome dress-up parts, all total good for something in the range of 100-140 horsepower depending on how well the parts have been selected. 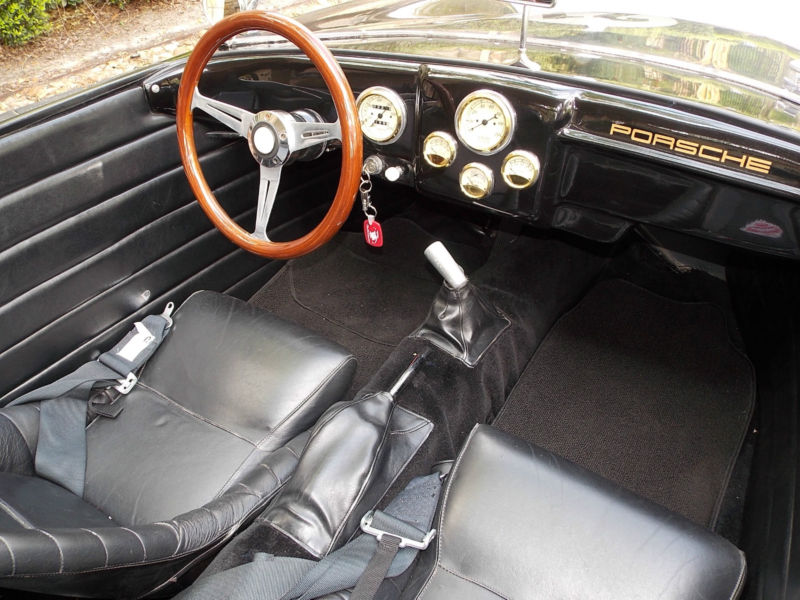 As typical for kit cars the interior looks lightly used, but sort of incomplete…it is probably because the Glockler kits have no doors…ingress/egress must be done Dukes of Hazzard style.  The Glockler kit was named for the legendary Porsche 550 spyder race cars, and it was probably built by a now defunct company called Mrozer, but kit cars are such a strange auxiliary industry that it is often difficult to ascertain who actually build this car in the first place. 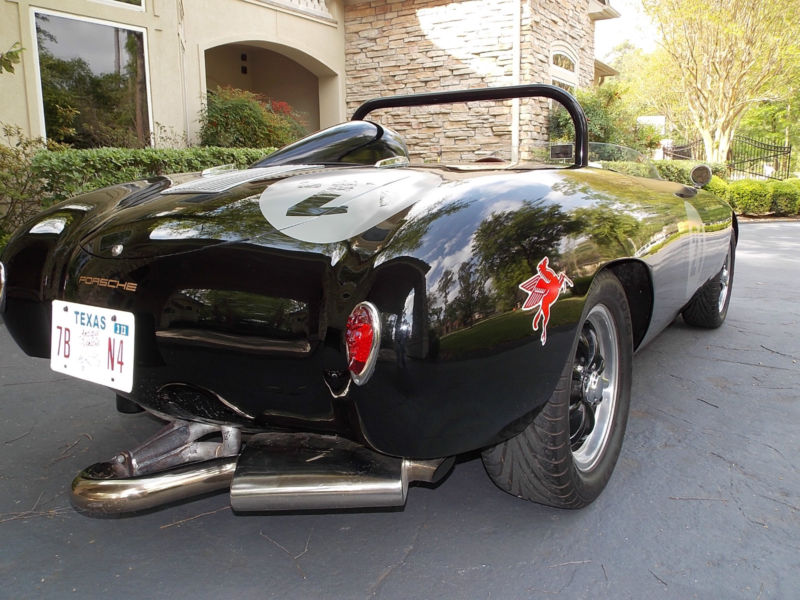 The rear end shows a real speed bump scraping exhaust setup and some strange tail lights with an even more bizarre explanation from the seller.  In the seller’s own words: “Yes, the tail light lenses are shaped like Satan (probably in rememberance of James Dean).”  What?

See another car commemorating James Dean’s banishment to the fiery lower circles of hell?  Send us a tip here: tips@dailyturismo.com