The classic Porsche 911 was getting a bit long in the tooth when the 964 generation was released in 1989 with only a four-wheel-drive and manual transmission Carrera 4 version.  Purists derided the lack of a rear wheel drive version, the simpler styling and general softening of the 911.  However, it is a thoroughly better car than the outgoing Carrera 3.2 and today 964 values are about as low as they will ever be.  Find this 1989 Porsche 911 Carrera 4 in Kennebunk, ME currently bidding on ebay for $14,100 reserve-not-met with 3 days to go. 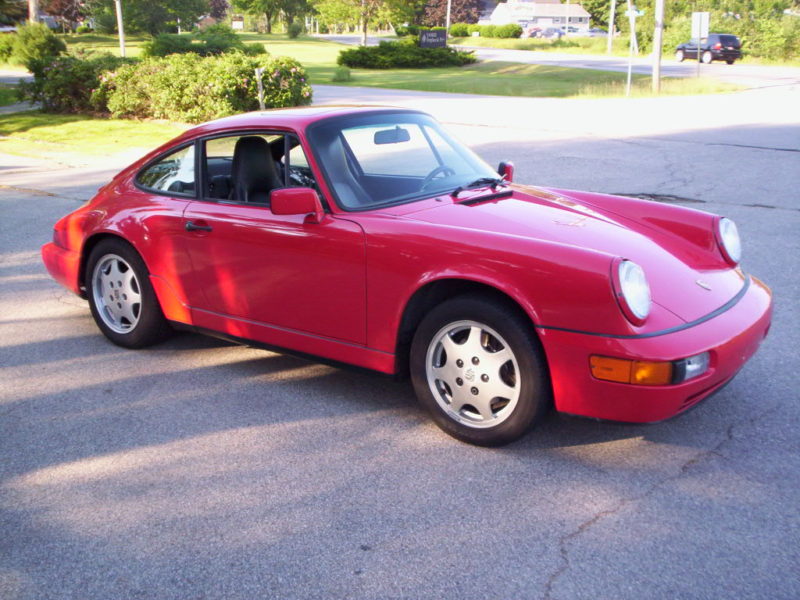 This Guards Red beauty is for sale in Maine but is said to be a rust free Arizona car with only two owners since new.  The factory paint looks good in the photos for 59k miles on the odometer, and cosmetically the non-accordion bumpers make the 964 a much cleaner looking car. 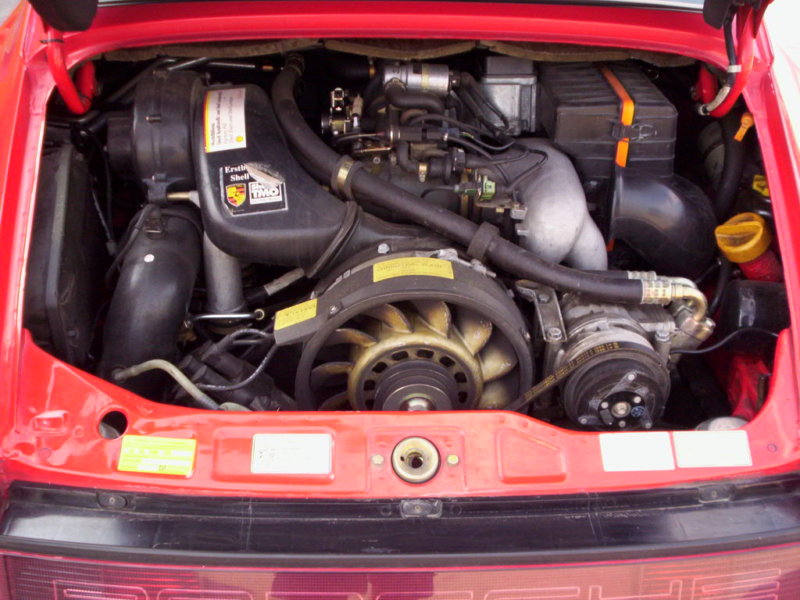 The lump located in VW Beetle-esque fashion is a 3.6 liter M64 flat-6 that puts out 247 horsepower, an evolutionary change from the previous 3.2 liter engine.  The 964 was full of minor tweaks to the 911 formula, but the biggest change was the use of four-wheel-drive as used on the Porsche 959 supercar. 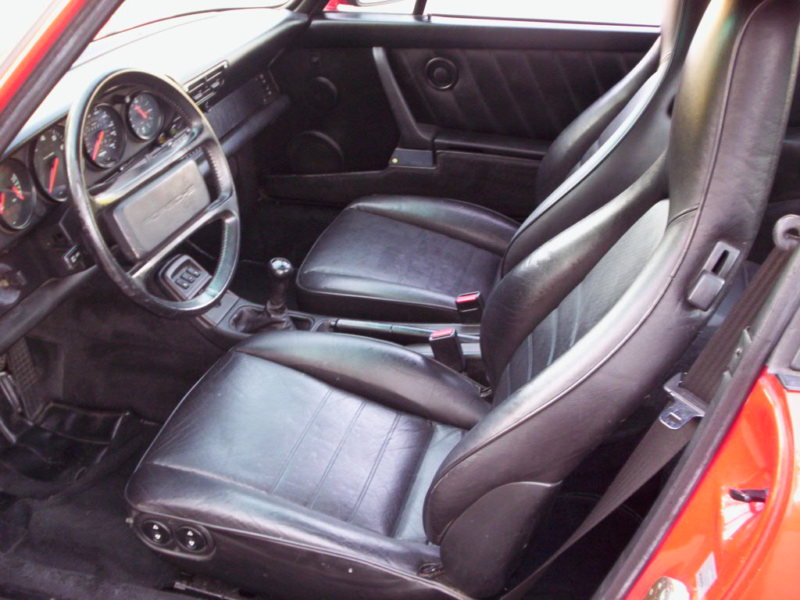 The inside continued the minimalist 911 tradition and this one looks in good shape. 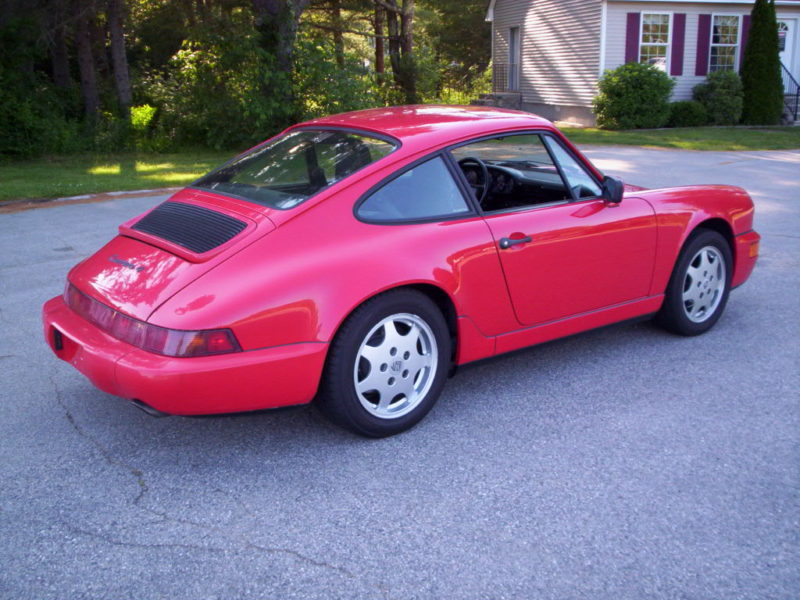 One of the bigger changes to the 964 was the complete redesign of the rear end, ditching the torsion bars for coil springs. The new suspension geometry (along with 4WD) made the new 911 a much safer car to drive at the limit, at the cost of some white-knuckle excitement.