About a year ago, I posed the question of which Brooks Stevens designed wagonish vehicle would be best for your Daily Turismo – the Jeep Wagoneer with an AMC 390 V8, or the Studebaker Wagonaire with an ancient inline six. The slding-roof Stude has a certain presence all its own, but 112 hp is far from inspiring and $6k was kinda steep. Fast forward to last August, and DT Head Honcho Vince examined a far nicer, later, and V8-ier Wagonaire with an “R1” engine swap and a nice price of $7500. Today we go all the way, with a top-shelf Wagonaire Daytona to find out if an al fresco rear end and your Golden Lab’s eternal happiness are worth almost twice as much as the last one. Find this Studebaker Wagonaire Daytona for sale in Santa Cruz, CA for $14000 via craigslist. Tip from the one & only Kaibeezy. 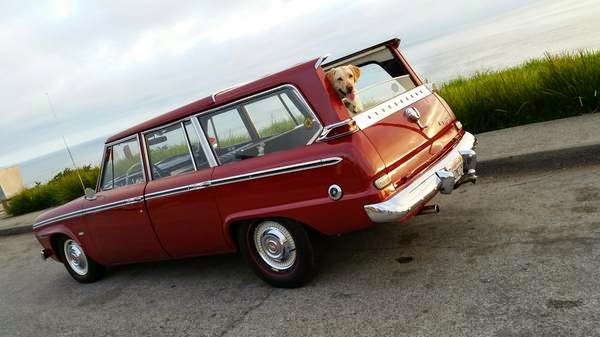 It is unfortunate the pictures aren’t any better in this ad, because the paint looks really decent on this red rocket. When Studebaker introduced this proto-XUV, the marketing guys did some cool stuff with their literature, showing different configurations and happy ’60s people hauling tall stuff around (think of what Top Gear had to do to try to haul a small tree around in their road test of a couple of cars) and even climbing around back there as if it were a pickup.

As a company, Studebaker failed, even though it was coming out with really innovative product. They were far more “right sized” than most cars of the time.  While Ralph Nader was ripping GM’s engineering staff over their design of the Corvair, the Studebaker Avanti marked the zenith of the Loewy design period and was available with a relatively small displacement supercharged V8 and sans huge grille in the front which was a kind of hallmark of the sporty Studebakers. In 1963 the standard, more pedestrian models of Stubebaker were still using grilles that Mercedes-Benz would have been proud to adorn their cars with; by 1964 they were given a more stylized front end which was probably an easier grille to manufacture and install, as shown on the car here. 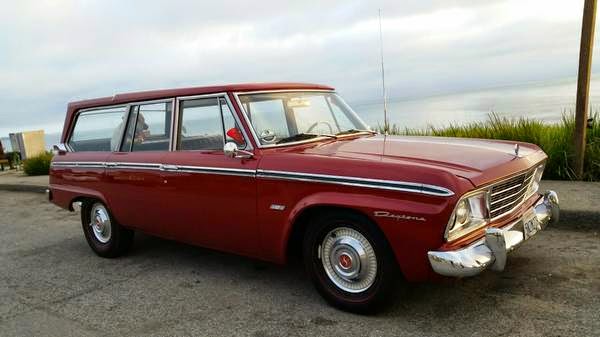 If a station wagon is to have any true function, think of it with a trailer hitch on the back of it. Now consider how you almost always have to wire up lights to see the brake lights of the car doing the towing. Now jump ahead to 1985 when the industry had to incorporate center high-mounted stop lamps (elegantly acronymized to CHMSLs). Look at the taillights on this thing. They’re sufficiently elevated and at the very widest point of the rear so that they are incredibly visible without being huge – perfect for towing a small camping trailer or dinghy to the seaside. 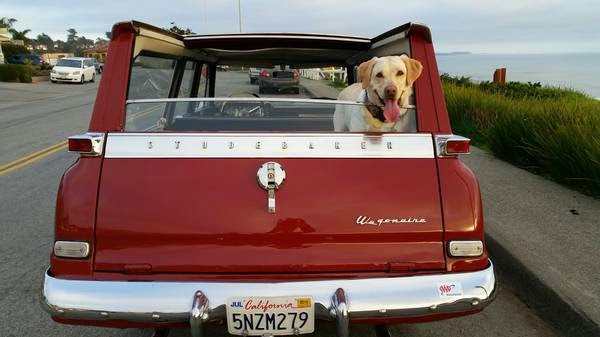 Of course, like any good covertible trucklet, the tailgate swings down instead of up like a hatchback. The stylish crease line at the bottom of the tailgate is more than just styling here – form follows function in that the indentation actually nestles over the bumper and overriders to allow the tailgate to lay flat. The roof slides forward manually which makes sense – if you’re going to be out and about with a sliding roof, you don’t want to take your chances with sketchy electrics and the possibility of not being able to close it up. 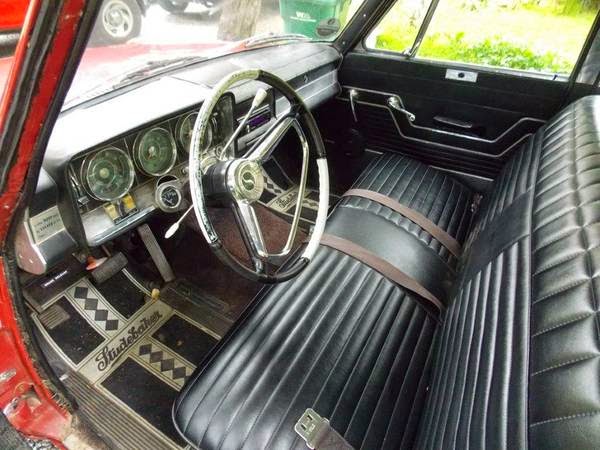 Look at the switches on the dash. Who, other than Studebaker would offer those types of rockers? What about those gloriously old-timey floor mats? The bittersweet aspect of this nice old wagon is that by 1964 the company probably knew they were going to be disappearing, but they kept building good, rather than average cars. They were innovative for the time and paid great attention to detail, when compared with the Big 3 or even AMC. 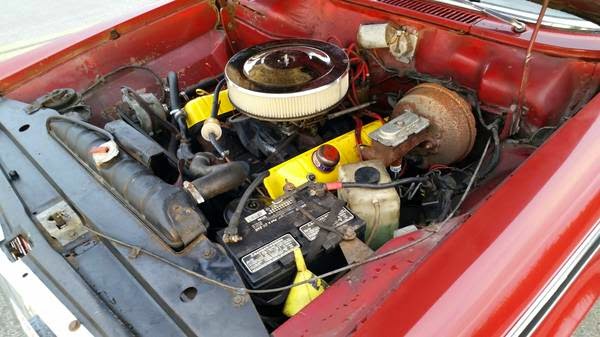 The question now is – what’s a nice driver quality Daytona worth? This was the top of the line trim level, with either a 259 or 283 cubic inch V8 (4.2L or 4.6L). This seller doesn’t specifiy but we can see it’s not the top-spec supercharged R2 289. Either way, right around 200 hp and over 260 lb-ft of torque (SAE gross) will make this a nice cruiser, appropriate since it also has a slushbox. A bit of underhood cleanup is in order, but you could fix it while you drive it and rest easy knowing that you’re in one of the coolest classic wagons around.

What Am I? Nobody Puts Baby In The Corner 5k: Green Machine: 1969 Lincoln Continental