The Porsche 912 was the entry level offering from Porsche before the 914 was released and used a flat-4 engine similar to what powered the old bathtub shaped 356.  A few years ago the 912 market was in the dumps, but somebody figured out that they were cheaper to run than a vintage 911 and offered all the looks but with a little less performance.  Its not like a low spec classic 911 was a fast car to begin with, so it really isn’t a big loss to go from 0-60mph in 10 seconds to 12…right?  Anyway, the 912 market picked up and finding one that runs/drives with a nice coat of paint for around $15k is good…right?  Hope you’ve got an up-to-date tetanus shot.  Find this 1967 Porsche 912

currently bidding for $16,600 with 2 days to go on ebay, located in Woodland Hills, CA. 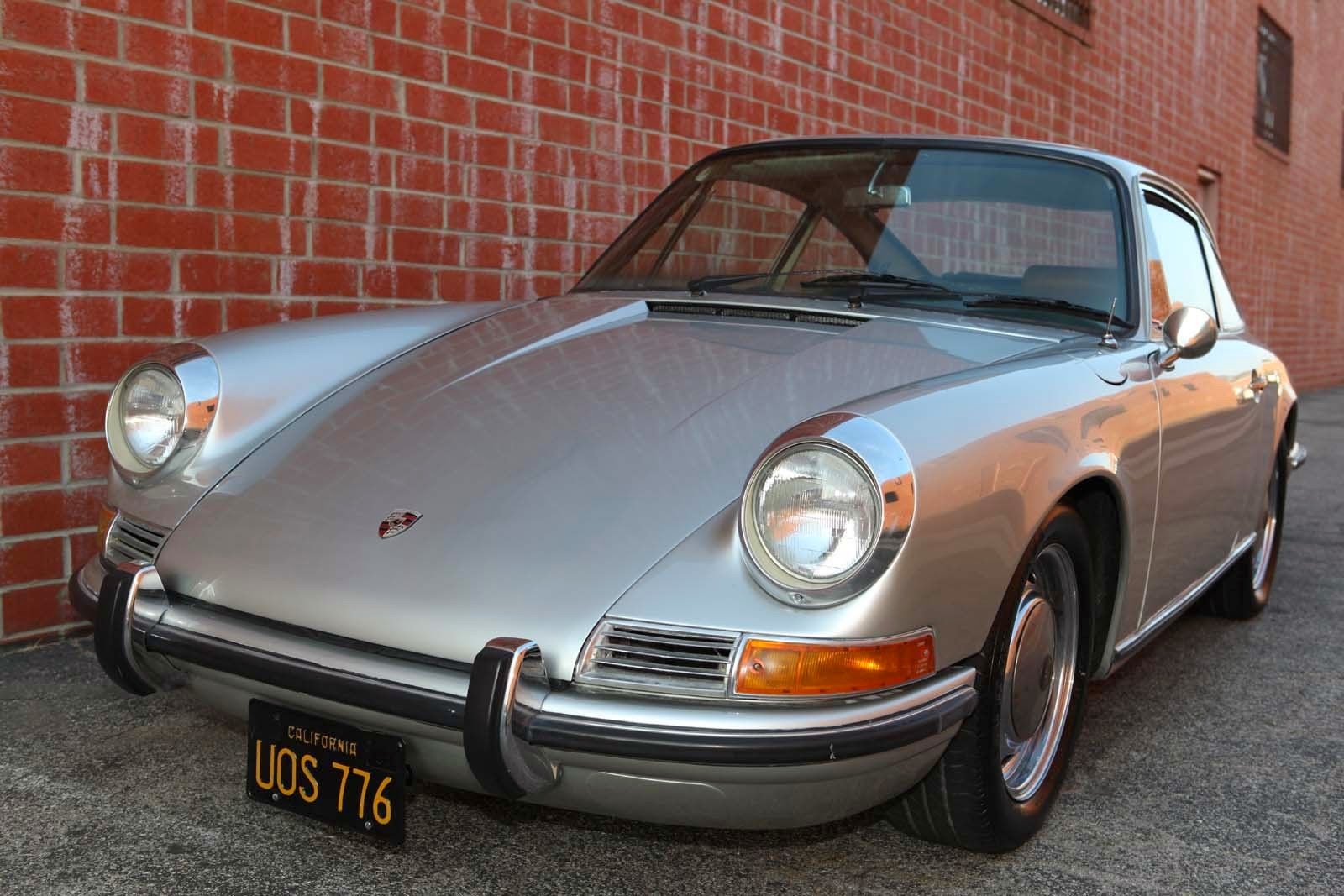 Hey, this car looks pretty nice, clean paint, good chrome, black plates…why is it bidding for the mid teens with less than 2 days to go?  Like a visitor to the Manson family reunion, you have a good reason to be wary because under that shiney visage could be some deep scarlet-brown secrets. 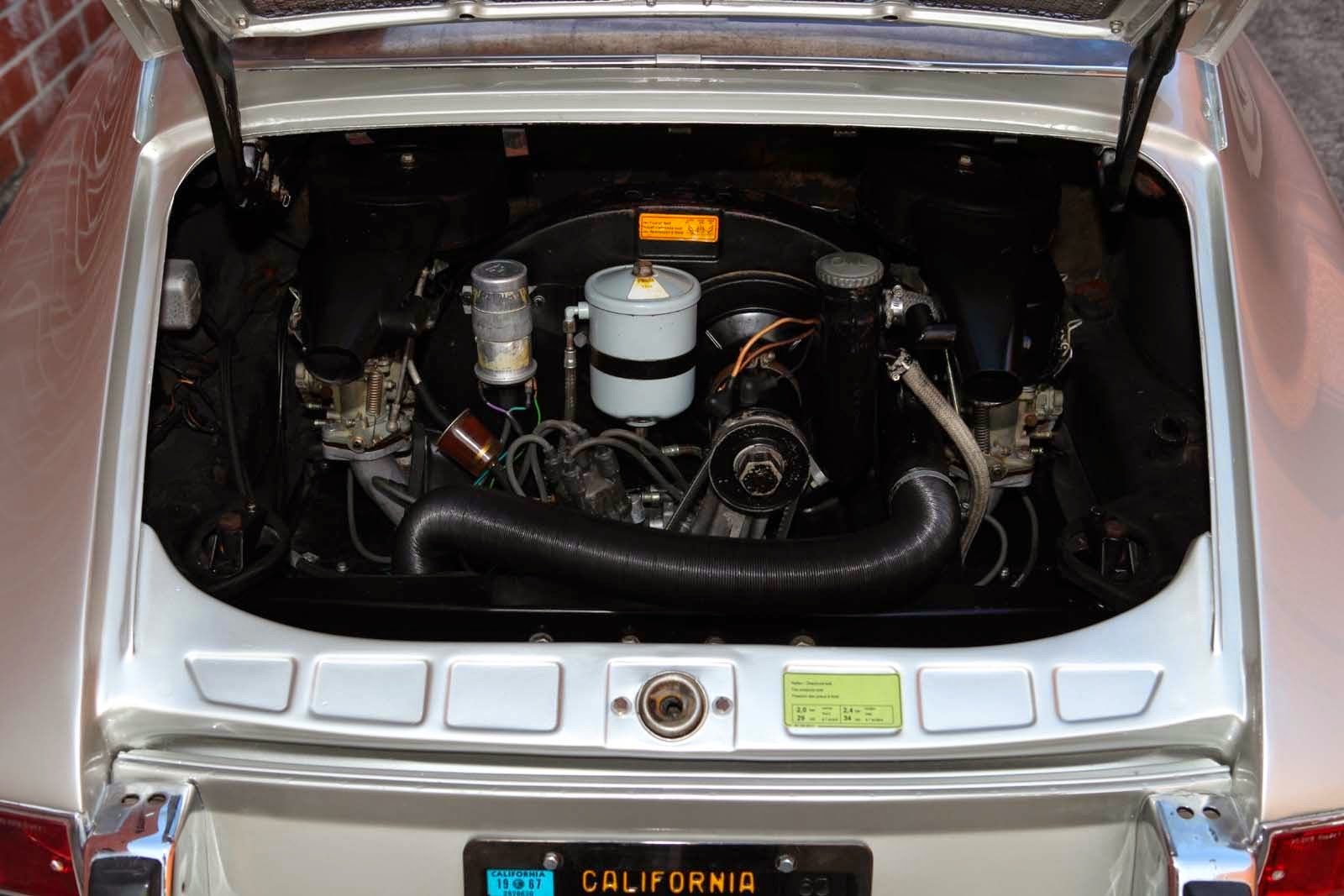 Why so cheap?  Does it need a complete mechanical rebuild?  Has the engine been swapped for a Geo 3-cylinder?  Surprisingly the engine looks in decent shape and the seller claims it pulls hard and runs through all the gears nicely. 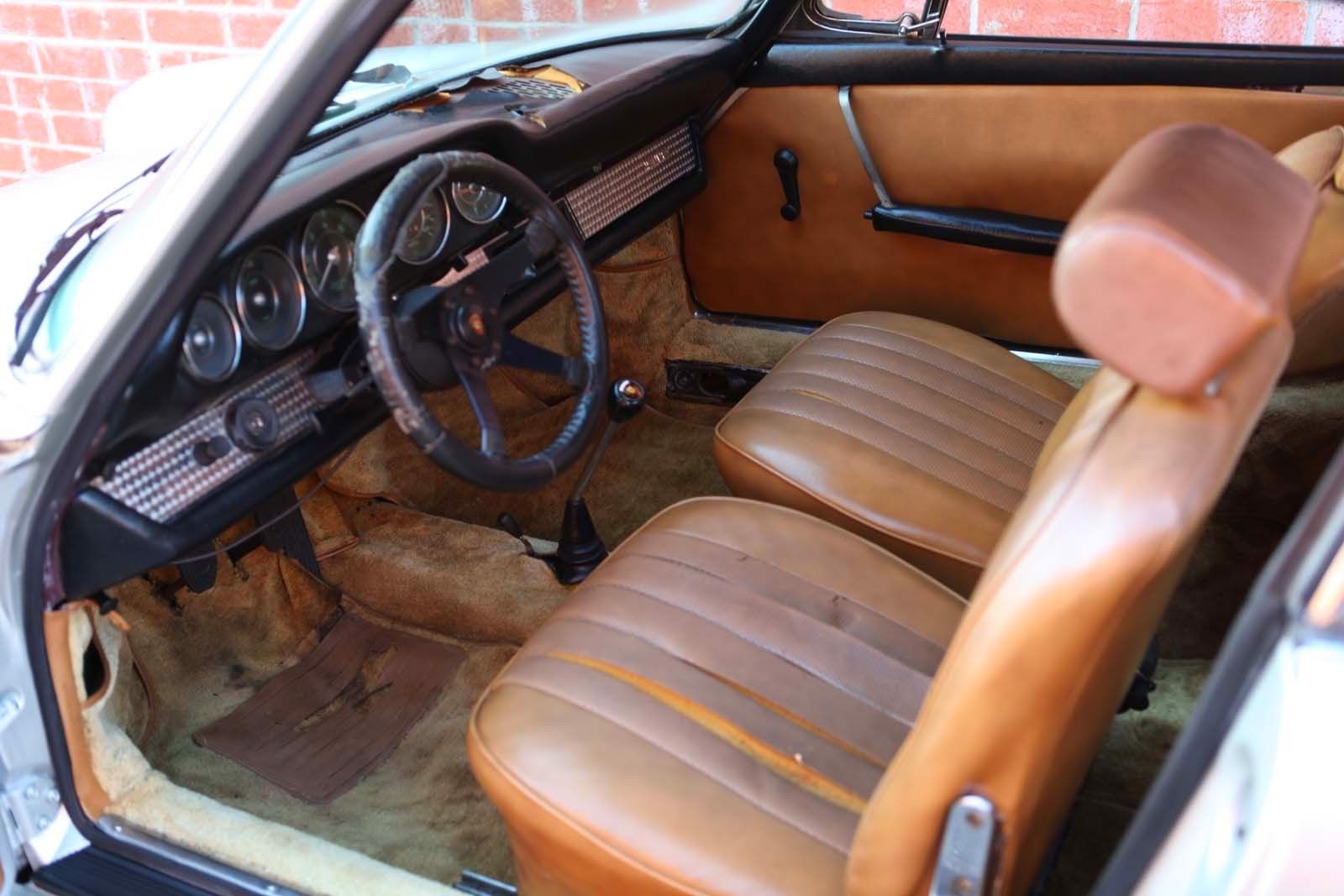 Ah-ha!  Here is the problem, the interior needs to be completely redone, but it still doesn’t explain the low bids.  Sourcing an entire new interior for a 912 is as easy as surfing to Pelican parts or Stoddard and ringing up a few charges on your Visa. 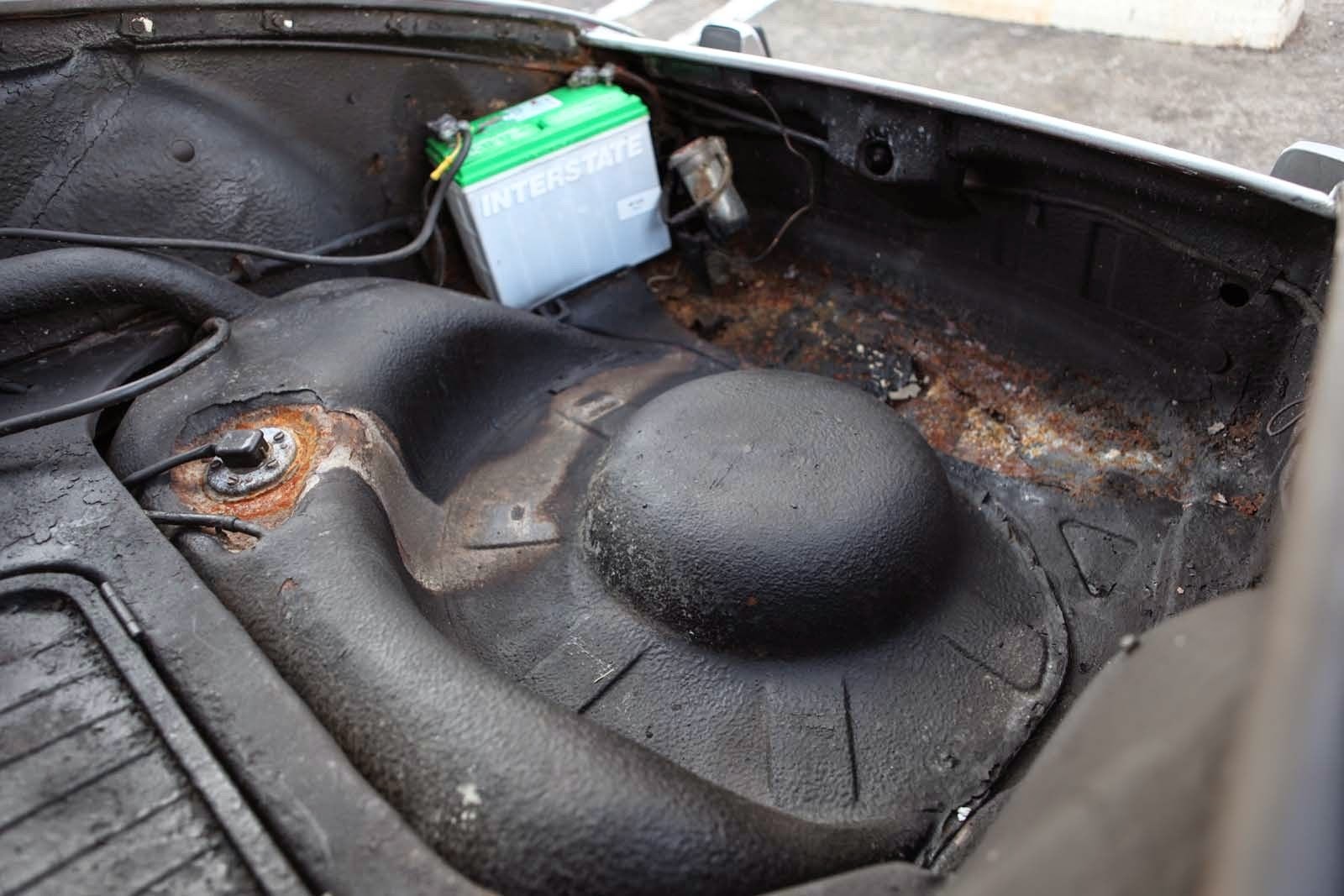 Hey-oh.  What’s that?  Some rust under the battery “tray” and around the spare tire well in the frunk, now we are getting to the funk. This will need some further digging into the rust to understand if it is just some surface issues that can be resolved with a wirewheel and some POR-15. 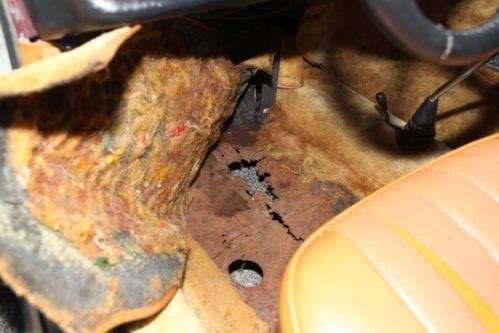 Hey, lets check under the carpet…EGGADS THE HORROR!!  It is like lifting Angelina Jolie’s skirt and finding Brad Pitt– what the iron oxide is going on down there?  It is shocking that a car with such a gorgeous outside could be such a total mess down there, but it looks like the next owner will need to spend some time with a welder before taking this over any speed bumps. 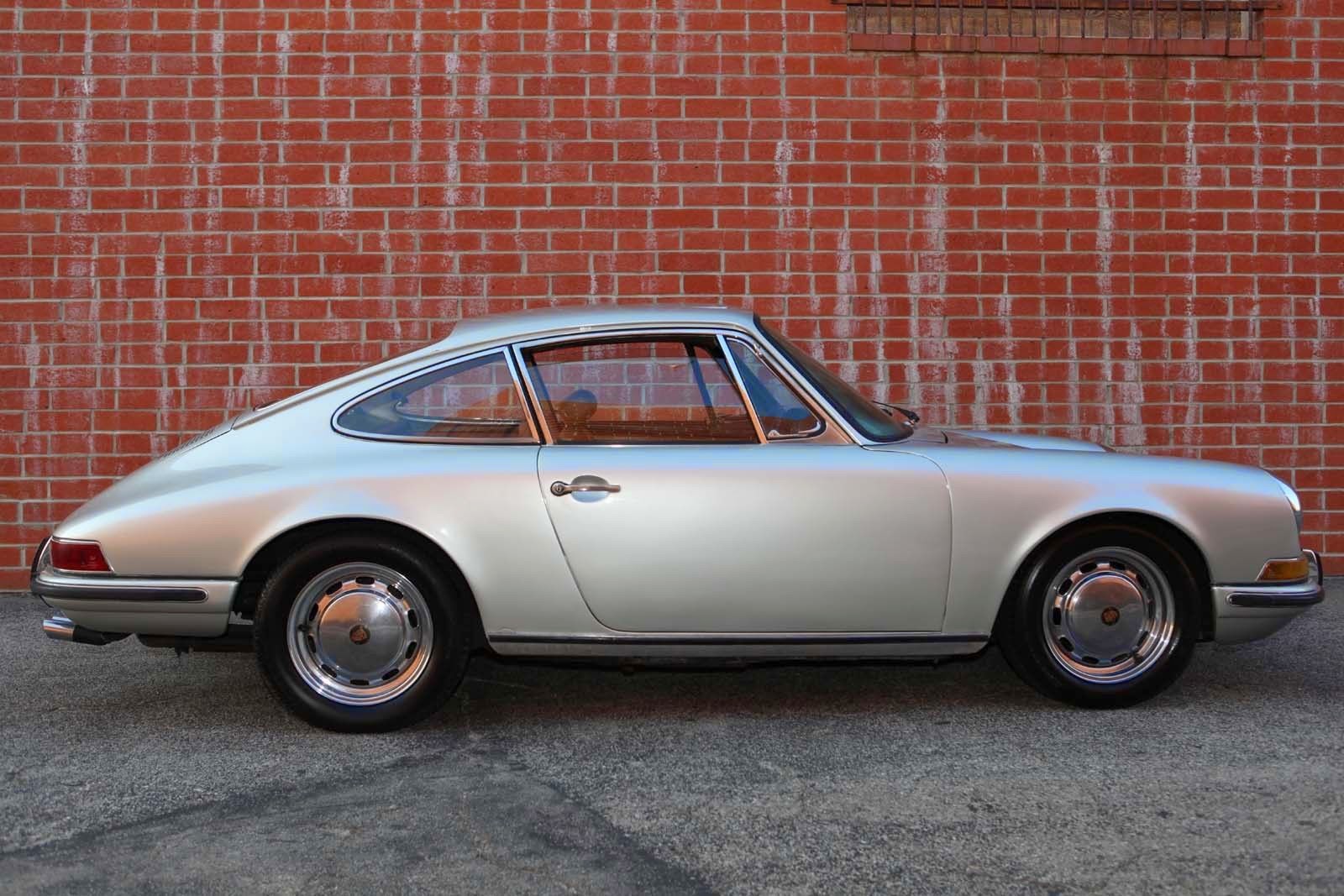 See another beautiful on the outside but a mess underneath classic? tips@dailyturismo.com