Just how do you describe a Ford Flex with EcoBoost?  You could call it a Texas sized Scion xB, a station wagon on steroids, a meat head’s minivan, or a small airport shuttle…but I’d simply describe it as fast.  Faster than it should be and fast enough to whoop on some cars that can’t seat 6 adults comfortably.  The 0-60 mph spec
of 5.8 seconds isn’t shabby, but where the Flex EcoBoost comes alive is the 30-50mph freeway merging lunge that only takes 2.8 seconds.  This means your Flex is faster than a 2014 GT Mustang 5.0 or
Camaro SS and on par with a 2013 Porsche Boxster S.  Find this 2010 Ford Flex Limited EcoBoost here on eBay

currently bidding for $16,500 reserve-not-met with 5 days to go, located in Roan Mountain, TN. 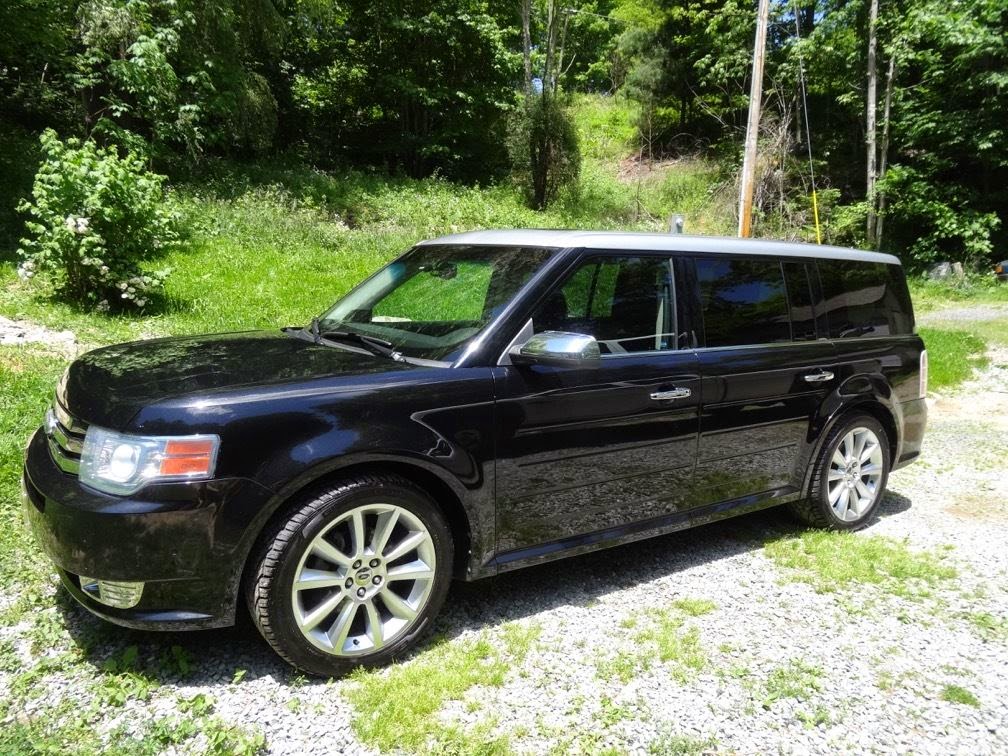 Sure, you could pick up a Taurus SHO or MKS and have similar performance, but the sheer stupidity of the way the Flex leans on its haunches and leaps forward is fantastic.  I’ve personally hooned carefully driven a Flex
EcoBoost company car on many occasions and can attest to the sheer hilarity of
acceleration at passing speeds.  The steering might feel like Ford bench marked a Sega Outrun arcade console, but this 4900 lb monster will keep pace with a Ferrari Testarossa spider at passing speeds.  You’d be nuts to shell out the $45k MSRP these things cost when new (ouch!) but a used one for 1/3rd the original price 4 years later sounds like money well spent. 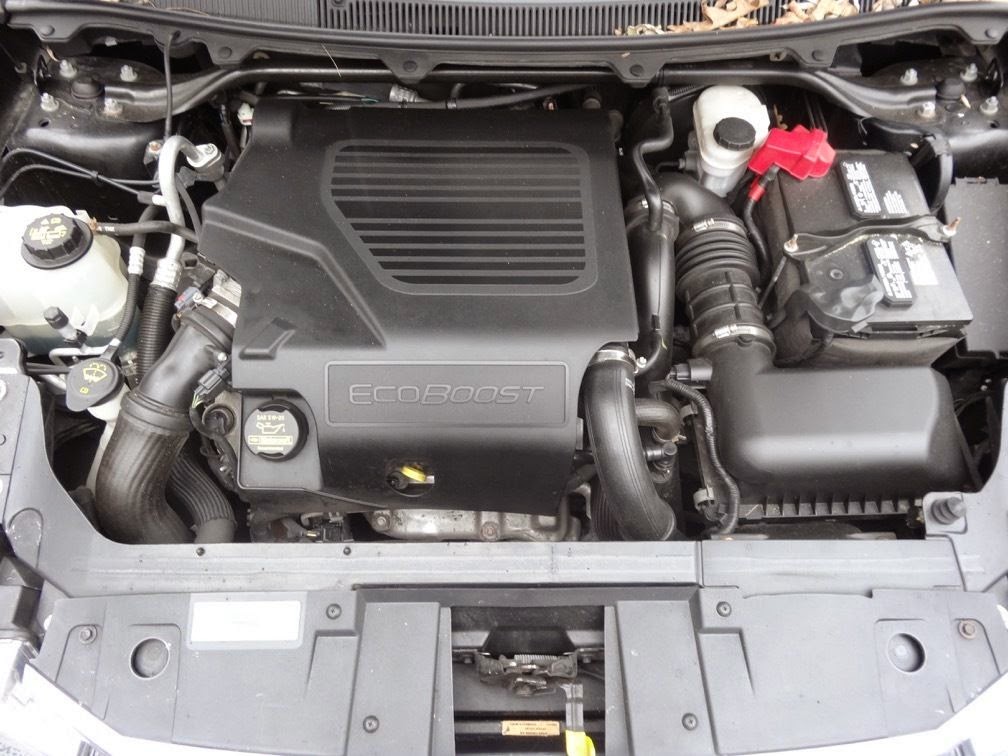 Forward motivation in the Flex comes from the plastic enshrouded 3.5 liter twin
turbocharged EcoBoost V6 engine that belches out 355 horsepower and 350
lb-ft of torque from what seems like 10 rpm.  The thrust from the small
Garrett GT15 turbochargers on the mass is unrelenting and lag is minimal, on par with the time it takes you to drop another quarter into the arcade machine.  The Flex Ecoboost is only available with a 6 speed
automatic transmission and all-wheel-drive, probably a good thing
because this isn’t the car to row your own gears and it probably would
do 4th gear burnouts without all-wheel-drive. 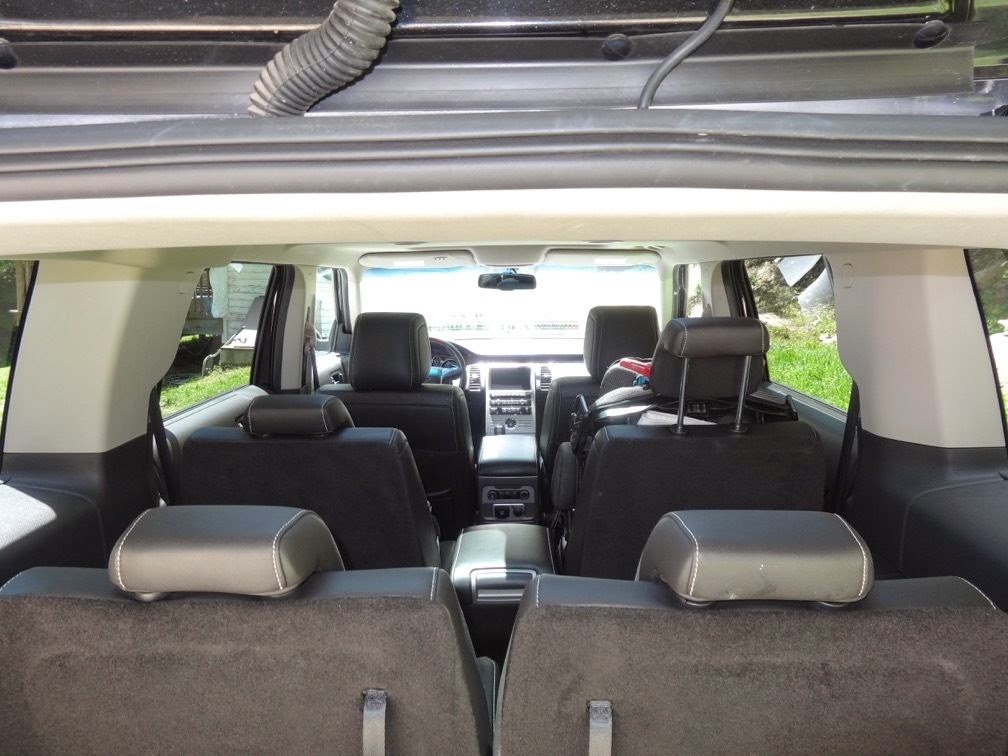 Bring along 5 of your friends to enjoy the surreal experience of AMG-like performance in a car typically driven by Hawaiian shirt wearing PT Cruiser dudes or their wives.  You might need your friends to chip in a few bucks for gas because the EcoBoost engine will devour crude if you have a heavy foot. 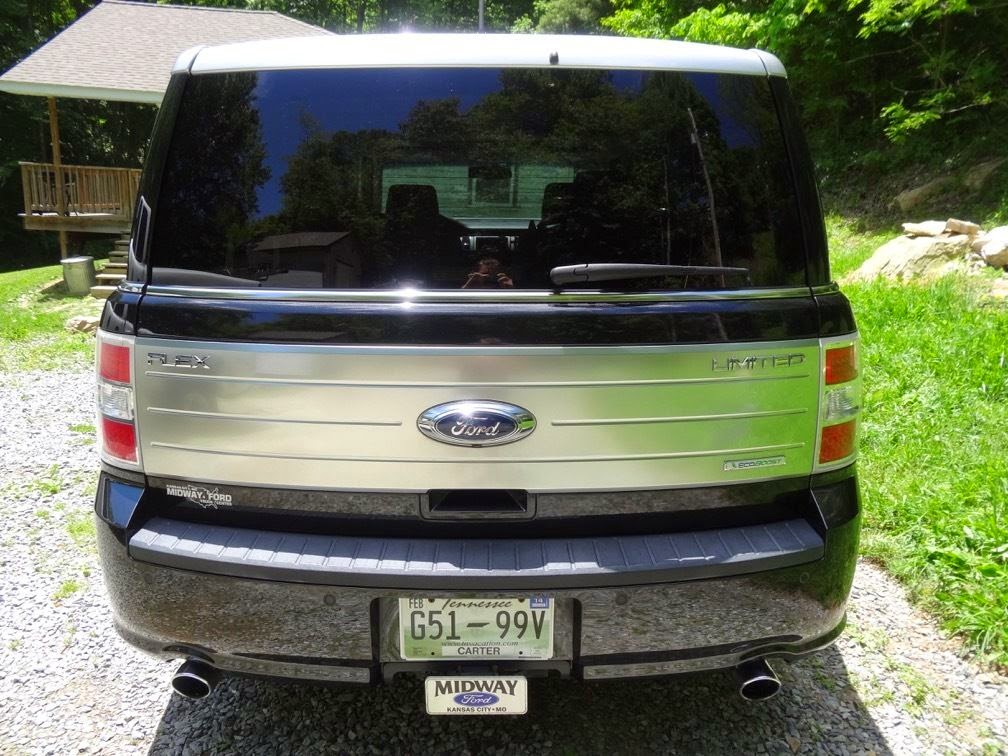 I have this insane idea that involves sticking a bunch of fog lights on the front of the Flex and taking it rally racing…but they need a few more years of depreciation and I need more Bushmills before that happens.  tips@dailyturismo.com