In 1946 Preston Tucker announced the first concept for Tucker Automobile, a wild looking thing called the Tucker Torpedo.  The Torpedo featured pontoon-like fenders mounted to the front wheel hubs that allowed the headlamps to swivel and a wild steering wheel mounted gauge cluster, but those nutty features never went into production.  Naturally, someone built an homage to Preston Tucker’s dream car out of a 70s era Boat-Tail Riviera.  Find this ’46-’71 Tucker Torpedo Riviera

currently bidding for $11,100 reserve-not-met with 4 days to go in Brockton, MA via ebay. 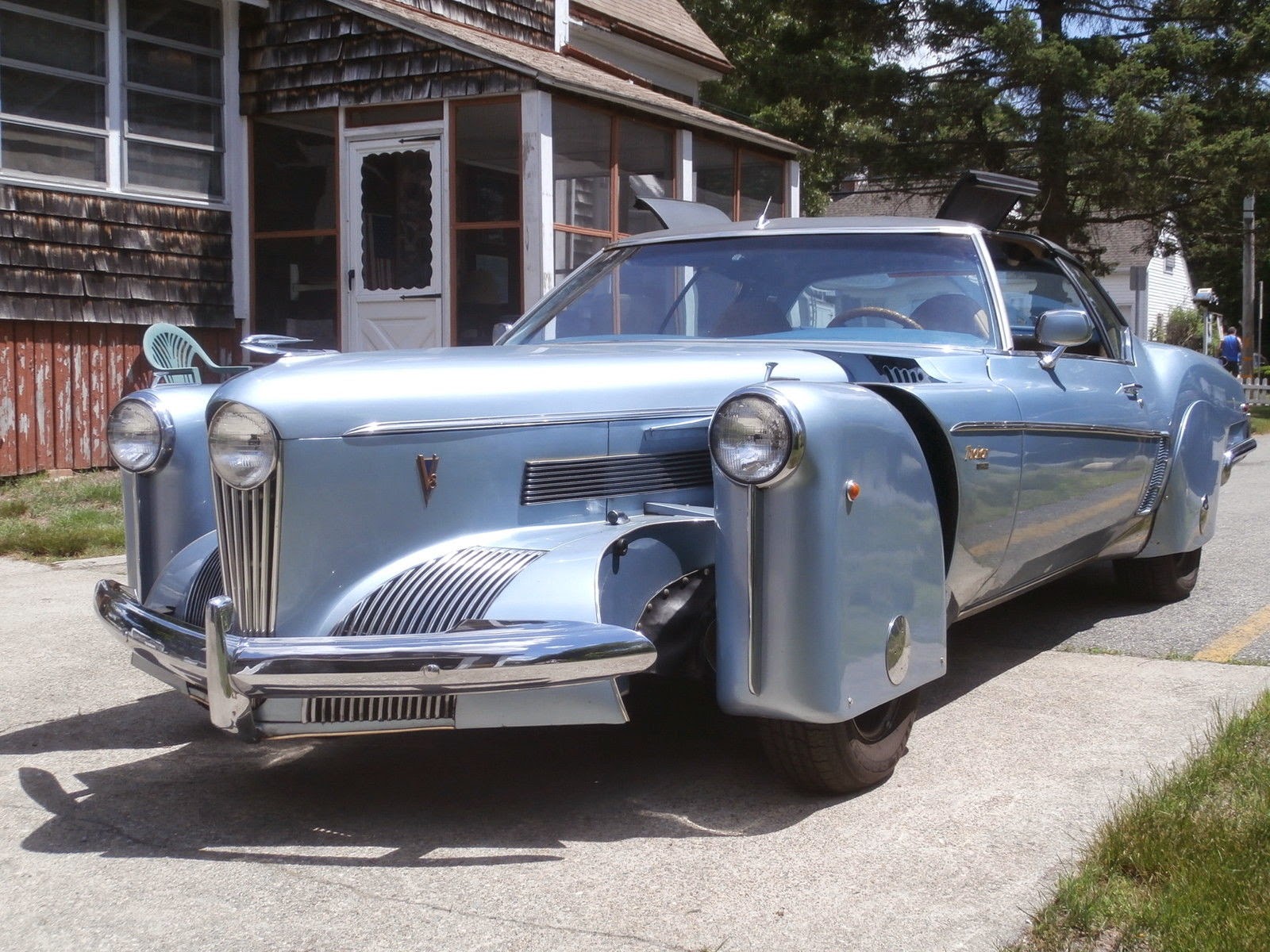 Well now…other than being front
engined and having the two outboard lights turning instead of the
‘cyclops’ middle light turning, I’m sure its just what Preston
Tucker had in mind.  The styling cues on the fenders are more
LaSalle than Tucker, the nose is more Graham than either.  The
front looks like its actually an extenision of the already huge
Riviera hood… would probably have a hard time passing the Euro
pedestrian safety standard! 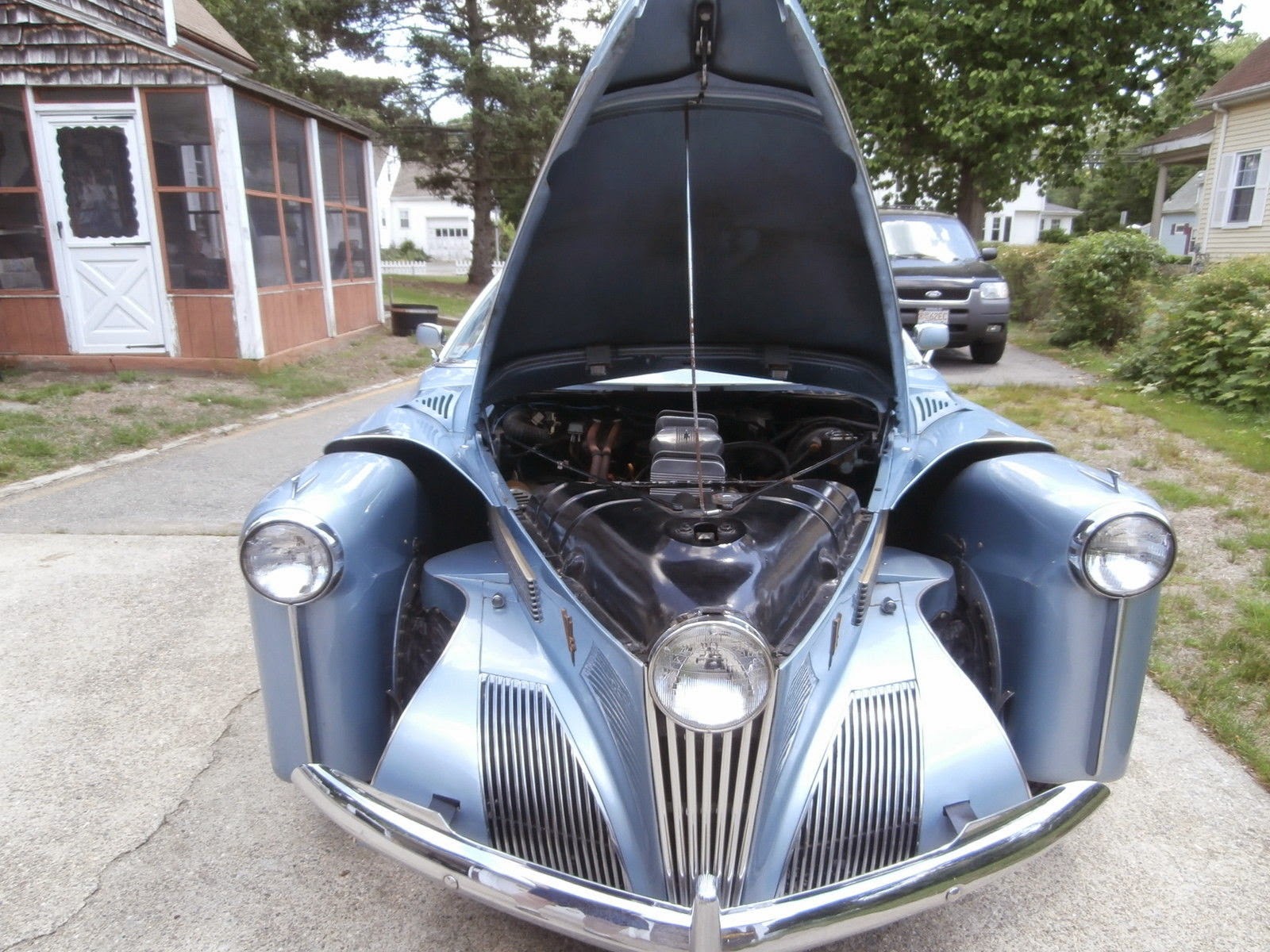 By putting the Tucker Basdges on it, does that make it a Tucker?….especially when I see what appears to be a 1970 Mustang fake brake
cooling vent tacked onto the side.  Shoulda shot the moon and put some Rolls Royce badges on it! 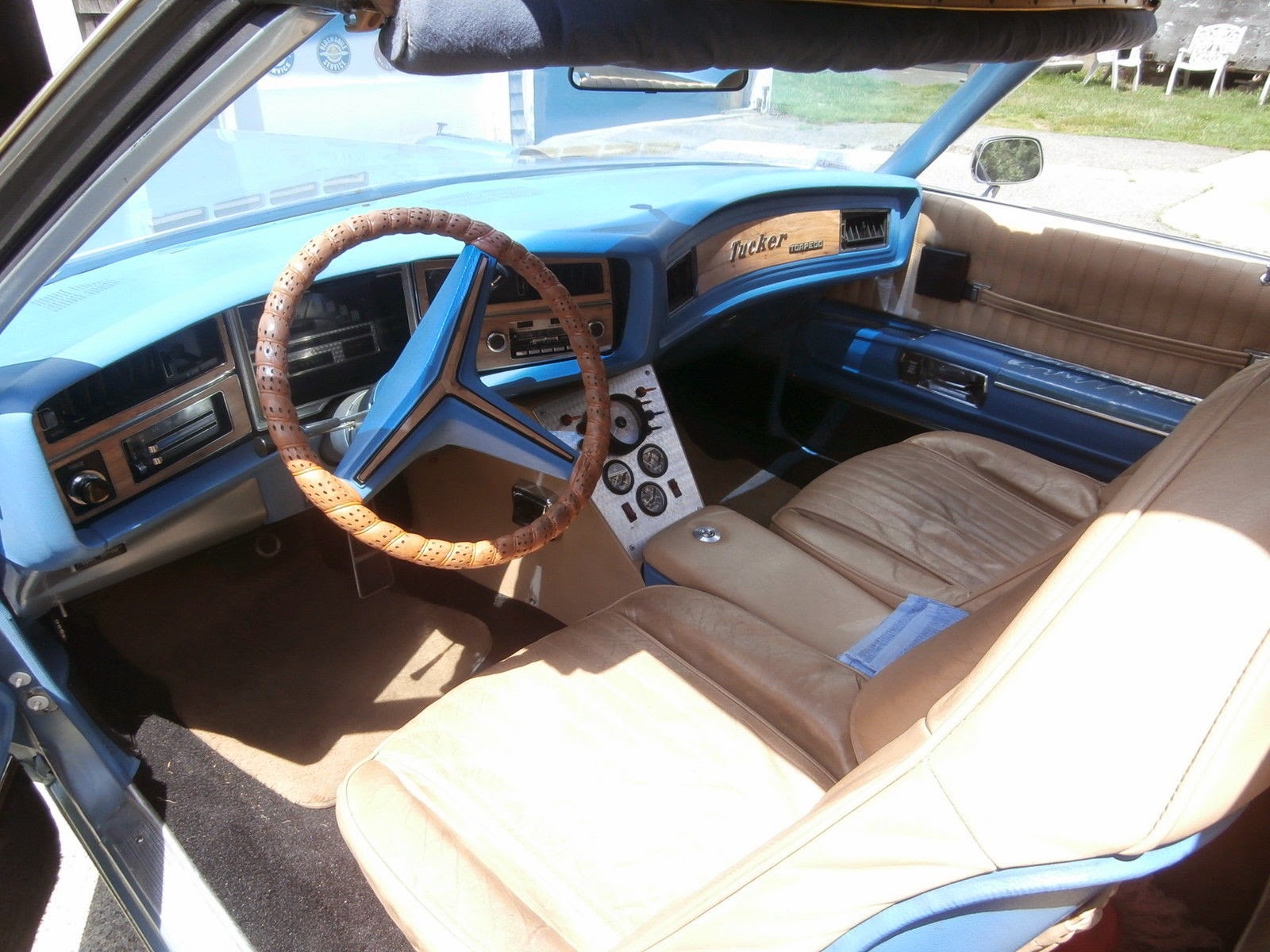 One might expect that the front seats, which look like a
deflated sex doll, are probably from the donor Riviera, but the seats we can find on the internet look different.  Regardless, this thing has had months of work put into it and countless dollars wasted spent. 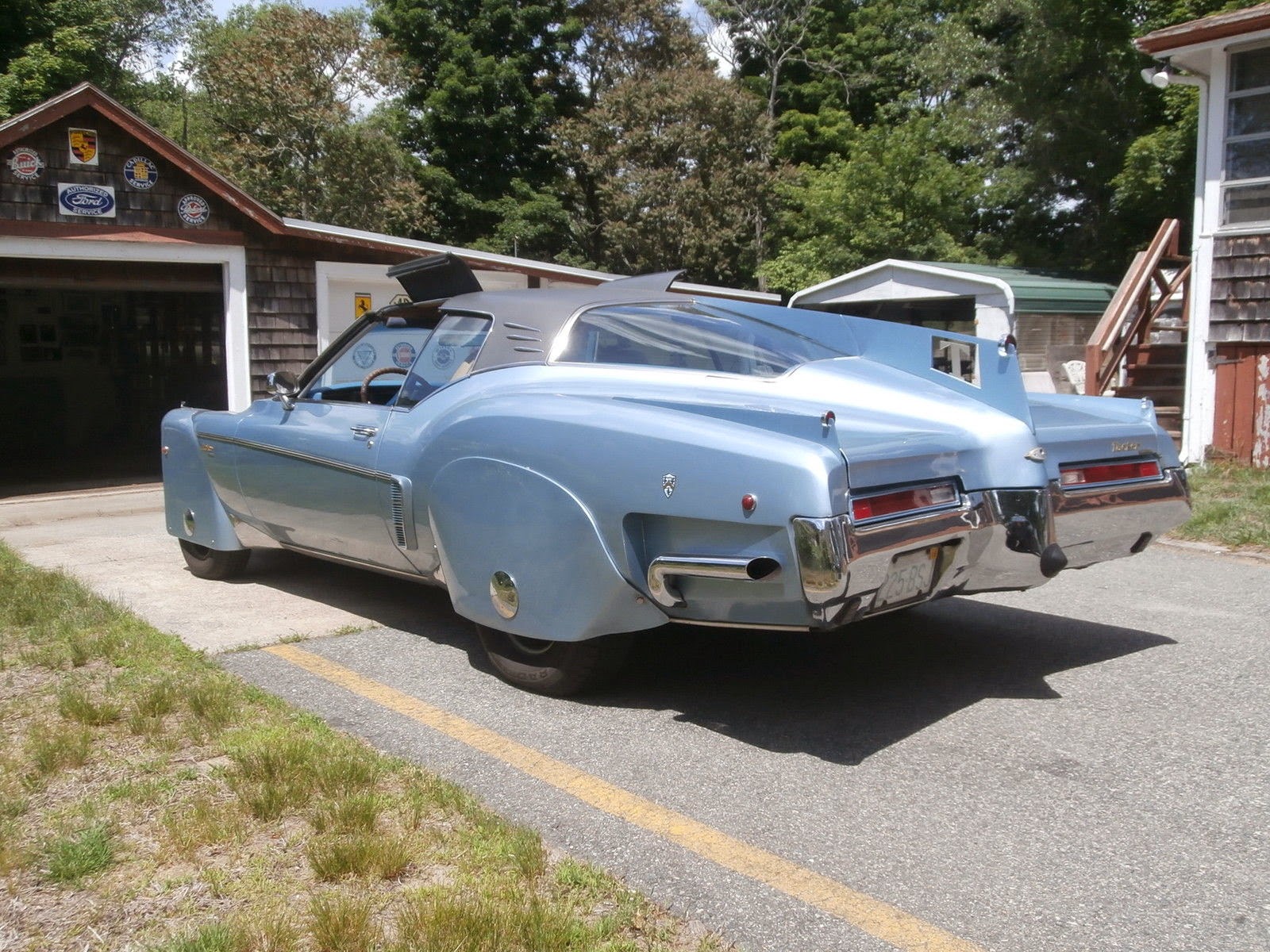 Is that Clint Eastwood’s backyard from Gran Torino?  Read more about the actual Tucker Torpedo here on kustomorama.  Originally seen on jalopnik in an article by the Torch.