The Mercedes-Benz W108/W109 chassis is one of the DT regulars- you may
recall a number of detailed and engaging posts from Hunsbloger about the
specifics of the W108 4.5 SE market, (hey, that post is 2 years old, might be time for an update) but he didn’t touch the W109 SEL 6.3 due to the rarity/complexity/cost of the faster Benz.  It isn’t a car that you normally find languishing in the sub teen price range, but that is exactly what tipper Roy F sent to us.  Find this 1969 Mercedes-Benz 300 SEL 6.3 here on eBay 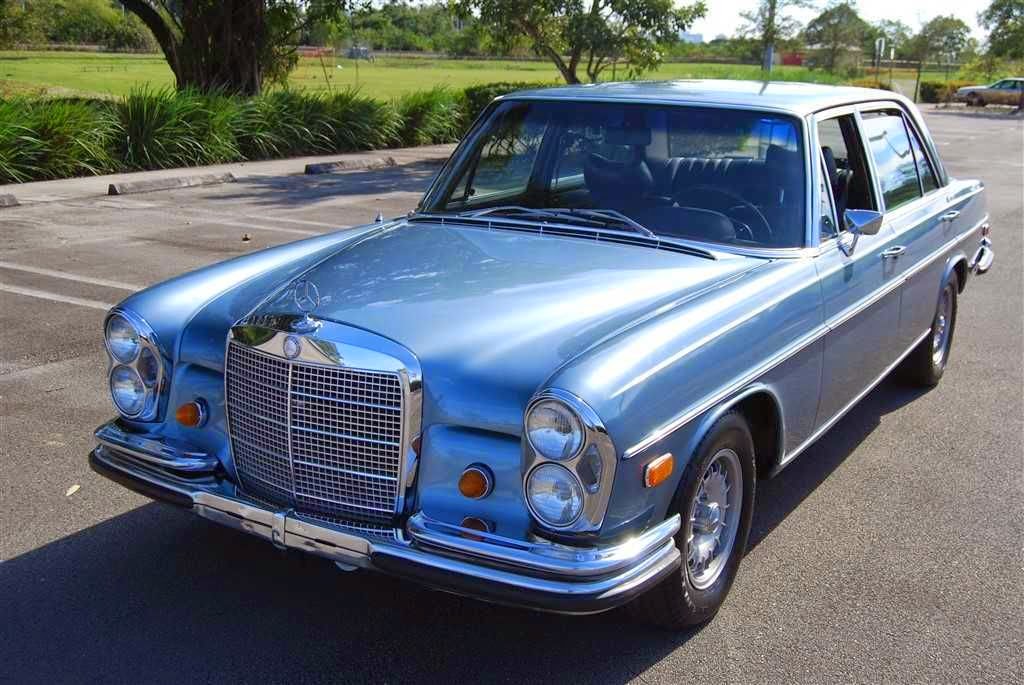 A good condition W109 300 SEL 6.3 should demand considerably more money that the current bid, but the reserve isn’t met and sometimes auctions simply slip through the cracks to be relisted with more success in a few days.  The 14 bids indicates the auction has seen some action, but it is a far cry from the $30k-40k you’d expect on a 6.3 liter powered Benz. 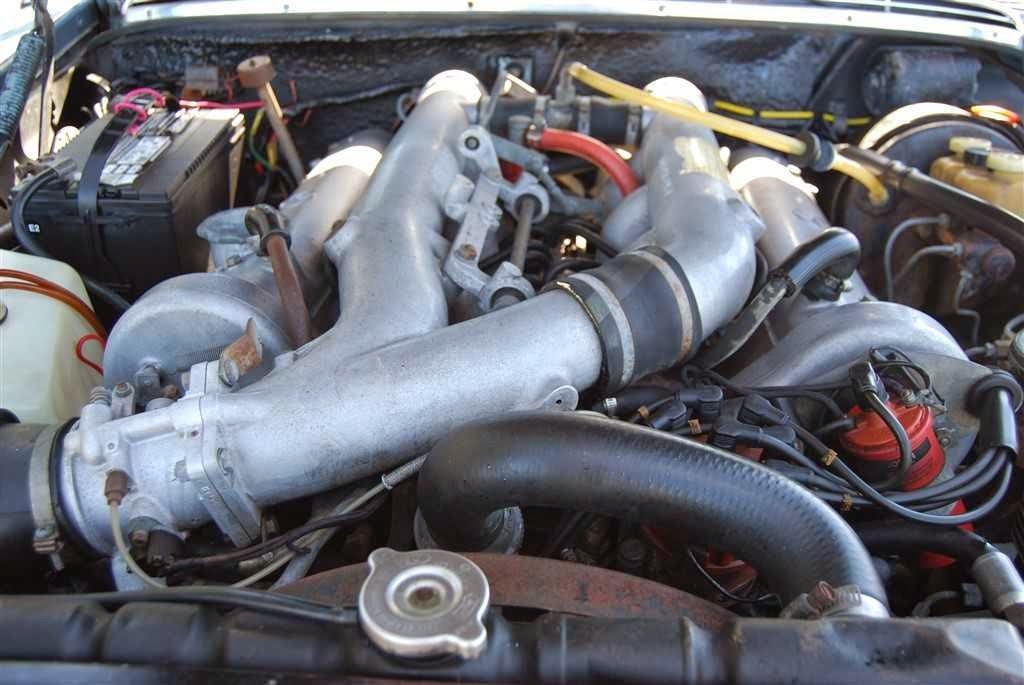 This W109 is equipped with the M100, a 6.3 liter V8 fuel injected
screamer that put out a tire melting 300 horsepower when new, allowing
Mercedes to boast they offered the fastest production sedan in the
world.  Stories from the late 60s involving the M100 demolishing
Corvettes and Shelbys likely contain more hype than substance, but the
M100 featured an alloy head and sodium filled valves when everyone else
was still trying to figure out how to shove a bigger carburetor under
the hood.  To say the M100 was ahead of its time is an extreme
understatement. The car that donated this powerplant to the W109 was the legendary dictator-spec 600, aka W100 Großer Mercedes. 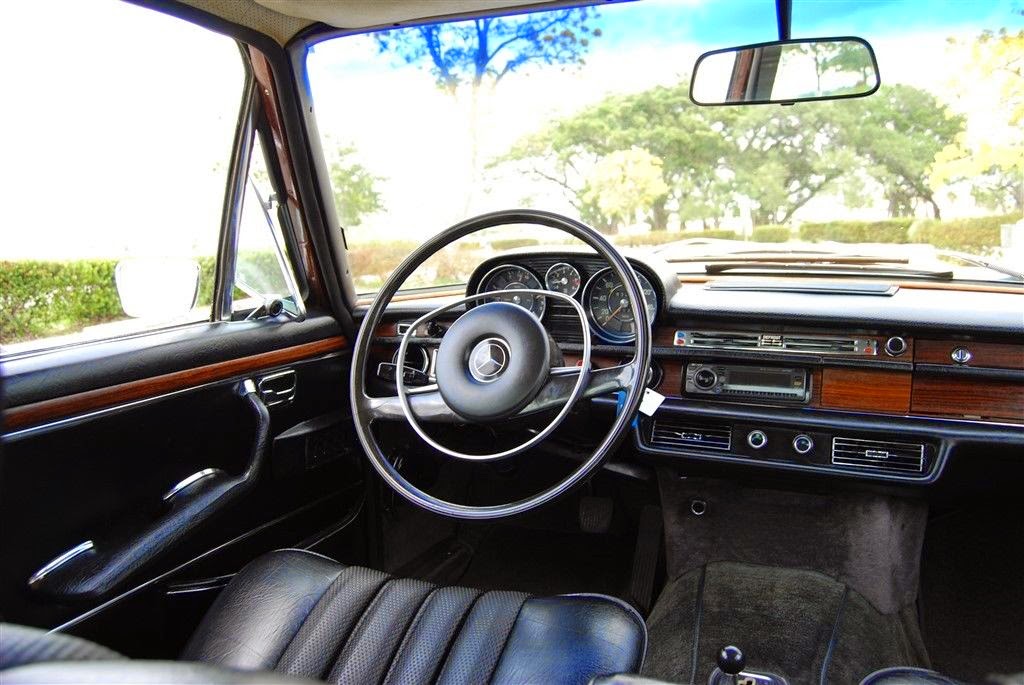 The 300SEL 6.3 used the same interior as the standard W108/W109 chassis,
which is to say that it is quite nice and rugged.  Buyers will often
find original condition W109 interiors that are liveable compared to
typical American interiors from the same era that are on their 2nd refresh from new
parts.  However, the dashes do crack, odometer gears fail and the wood
grain will start to show age (especially the piece that sits along the
windshield edge – it is particularly susceptible to sun damage). 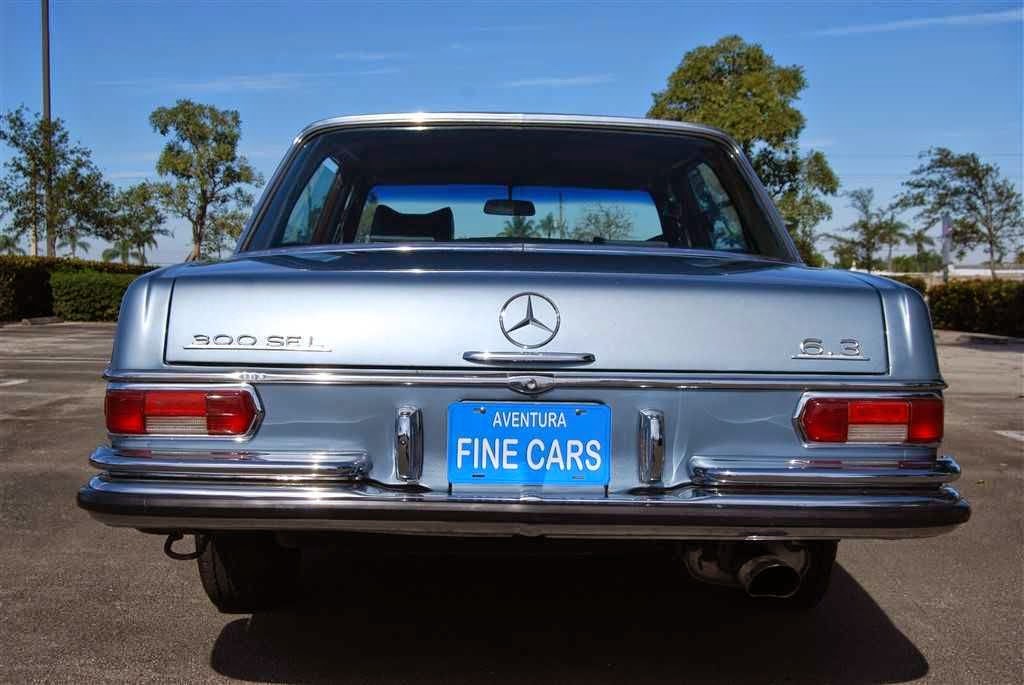