We love living in a country where automotive monsters are possible. This is why we live in America – to see a classic but neglected Volvo utility wagon turned into a fire breathing hoodless V8 powered rocketship by a home builder, while remaining street legal. That’s not to say this type of thing does not happen in other countries; of course there are all manner of hot rodders in Canada, Sweden, Norway, the UK, etc. But in many European countries modifications this severe have been legislated off the road and into the realm of curiosity. Build one of these in Germany; you might be regarded as a bit of a kook and maybe a menace to road safety. Build it in the USA and you are just doing your patriotic duty and no one blinks twice. Frickin’ eagles, hot rods, big V8s, vehicular freedom…America! Find this 1958 Volvo Duett with LM7 V8 on ebay in Annawan, Illinois with bidding near $16k and reserve not yet met.

Update 05/19/13: This bad MoFo failed to meet reserve; the auction ended at $17.3k, no sale. However it has been relisted here on ebay with the new auction ending on May 26. Whoever guesses closest to the final sale price (if it does sell) will get a free Daily Turismo t-shirt…they are coming soon, honest! 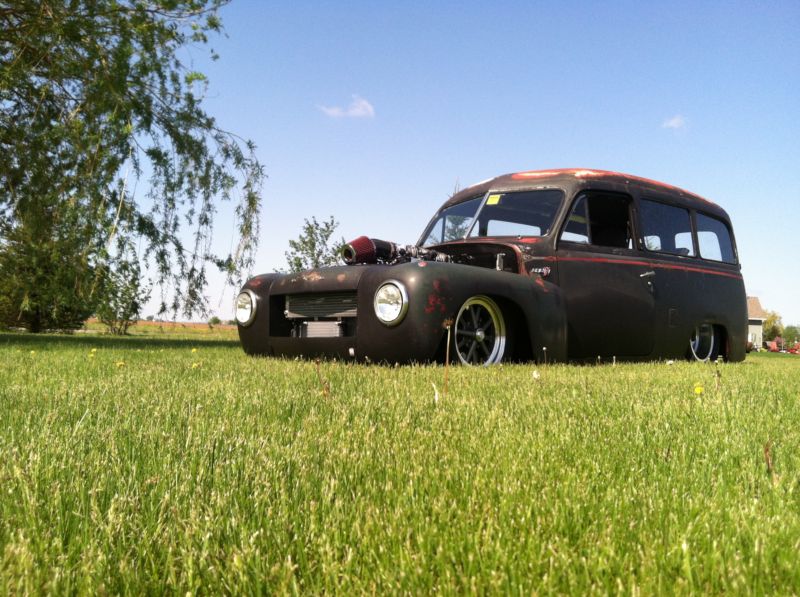 The seller sums up his thesis statement pretty well in the ebay ad: “Like FAST cars? How about faster than a new Z06 corvette?” and of course, “No one knows what it is, but everyone thinks it’s cool. Looks like a fat fendered Ford but about ¾ the size of one.” Despite showing the car sans hood in most of the pictures, there is a modified hood included that would need to be modified further to create clearance to the air filter and intake tube. Other than that, the seller says the body is mostly stock except for being channeled over the frame and having slightly widened front fenders. 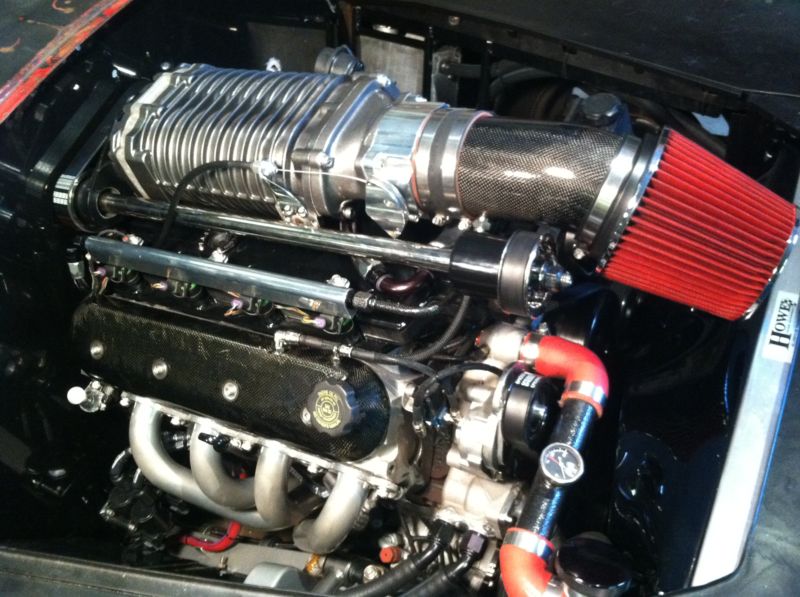 The heart of this transplanted Swede is a GM Gen-III LM7 engine, a 5.3L relative of the LS series. The block is cast iron rather than aluminum but many prefer the strong ferrous structure for boosted (supercharged and/or turbocharged) builds. Stock this thing would have been found under the hood of a standard Tahoe or Silverado, making about 270 hp. But with the addition of a Magnusson screw-type supercharger, a bevy of internal parts, intake, exhaust, etc…it is now making 484 hp and 540 lb-ft of torque as measured at the rear wheels on a dyno. 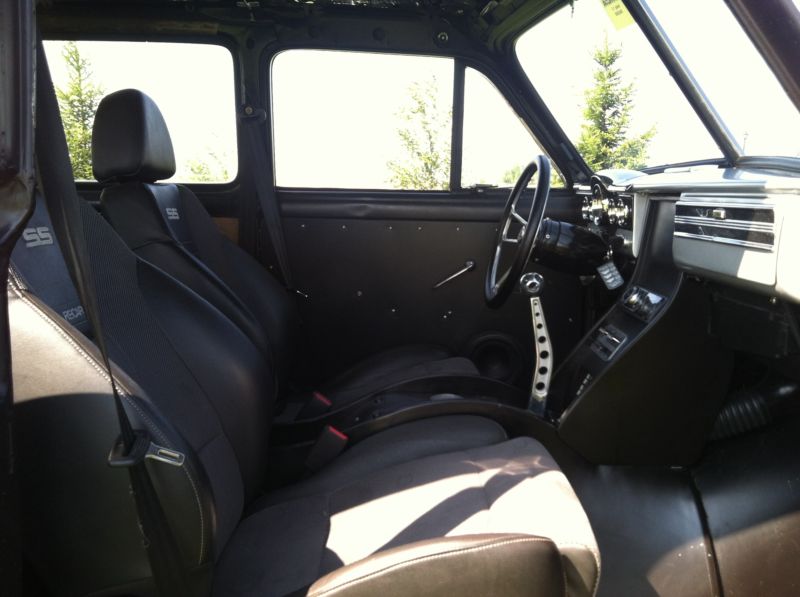 The interior is semi-finished with Chevy Cobalt SS bucket seats, some custom panels, a one-off dashboard with Autometer gauges and a homemade center console with a big burly shifter. That lever is connected to a modern GM 4L60E automatic trans with overdrive, which is a good choice for both quick straight-line acceleration and relaxed highway cruising. This isn’t a road racer, but it doesn’t pretend to be, and even though DT is not a drag-centric site we can appreciate good old American grunt when the light turns green. The seller claims 11.20 second quarter mile ET which is seriously impressive for a steel bodied wagon that can still be driven to your parents’ house for Thanksgiving dinner. 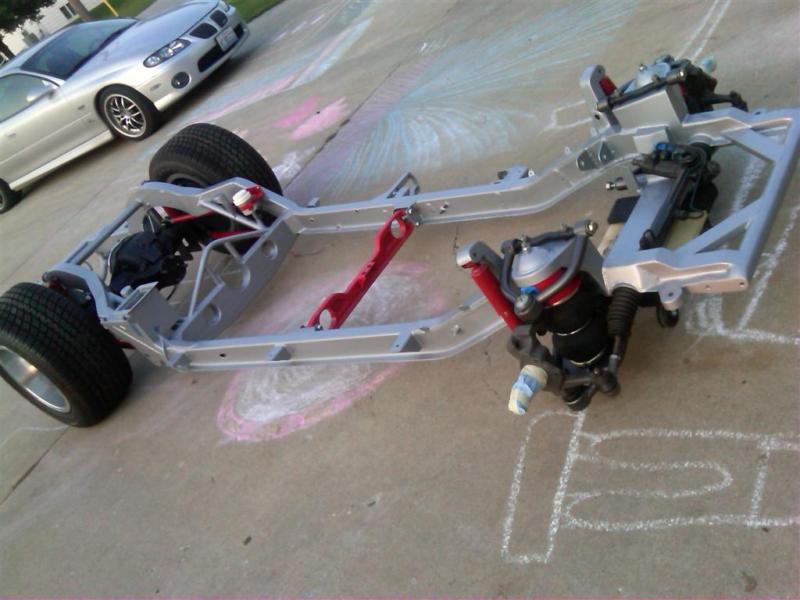 The seller proves his mettle by showing the completed rolling chassis before it was married to the body (but after sidewalk chalk). He says it is loosely based on the stock frame in the center. This got us wondering – did Duetts have separate frames? Their PV544 sedan siblings were unit-body cars…but either way, this one obviously is not. There is the venerable Mustang II based independent suspension in the front, and a Ford Explorer 8.8″ live axle in the rear, joined to the frame with custom rails and crossmembers. This low brute rides on airbags, so you can cruise the fairgrounds scraping grass off the asphalt, but air up for everyday driving without worrying about tearing your transmission pan off.

To get an idea of just how brutal acceleration is in a vehicle that puts down nearly 500hp to the pavement but must weigh less than 2500 lbs total, check out the seller’s two videos below. All we can say is this Duett is Crap Your Pants awesome, and if the auction stays below $20k someone is about to get a seriously fast and unique machine for chump change.

See a faster V8-swapped Duett? No? We didn’t think so. Email us anyways: tips@dailyturismo.com