The Ford Flex is a large crossover sport utility vehicle released into the wild in the 2009 model year.  At introduction it was powered by a simple V6, but in 2010 it become available with the optional twin turbocharged EcoBoost engine to create what is the worlds fastest stock 7 passenger vehicle without an AMG emblem.  This 2011 Ford Flex w/ EcoBoost V6 is for sale in Redford, MI currently bidding on ebay for $13,099 with 6 days to go. 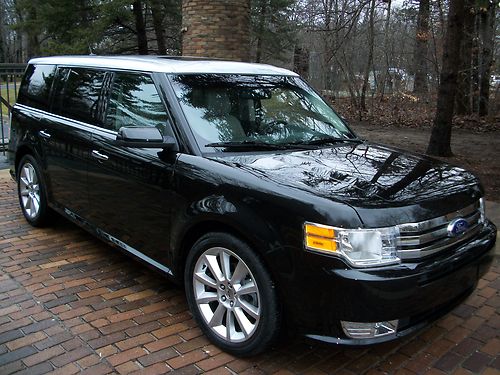 Before you start to think that we’ve gone off the deep end, are on the take from Ford’s PR department and need to be checked into our nearest mental facility, lets check some quick performance stats.  A 30-50 mph stat of 2.8 seconds is faster than a new GT Mustang 5.0 or Camaro SS and on par with a 2013 Porsche Boxster S.  The 0-60 mph spec of 5.8 seconds is faster than just about ever car listed on the Daily Turismo for this entire week.  And its not just a numbers game, several of the DT contributing authors have driven a company car Flex EcoBoost on many occasions and can attest to the sheer hilarity of acceleration at passing speeds.  Sure, the steering is numb, brakes are crap and it handles like a pregnant buffalo…but you don’t heel-toe a 7 passenger crossover, you command it like Capt Jean-Luc Picard does the NCC-1701-D Enterprise:  “Warp speed ahead, helmsman LaForge”… an instant later the stars blur and suddenly you are exceeding the points limit on your license. 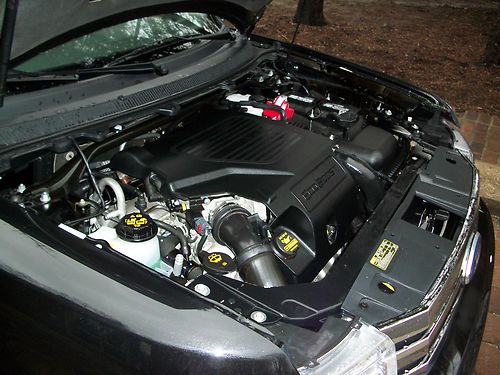 The warp core in the Flex is a plastic enshrouded 3.5 liter twin turbocharged EcoBoost V6 engine that belches out 365 horsepower and 350 lb-ft of torque from what seems like 10 rpm.  The press from the small Garrett GT15 turbochargers on the Flex’s red dwarf approaching 4900 lb mass is unrelenting and lag is minimal, on par with the time it takes Geordi LaForge to engage the Enterprises’ twin warp drives with a swipe of his index finger.  The Flex Ecoboost is only available with a 6 speed automatic transmission and all-wheel-drive, probably a good thing because this isn’t the car to row your own gears and it probably would do 4th gear burnouts without all-wheel-drive. 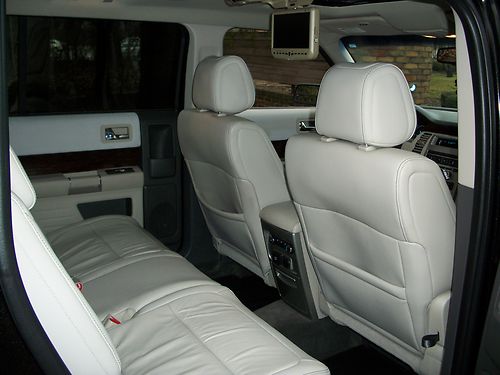 Inside the Flex offers a basic Ford interior – some hideous and easy to stain white leather in this example and seats that are un-supportive but comfortable for long trips.  The back of the Flex offers mini-van style seating, with a standard third row that contains 2 large seats.  The flex is so large on the inside that communicating between the rear seat passengers and driver almost requires an intercom (or chest mounted communicator devices), giving it a limousine feel. 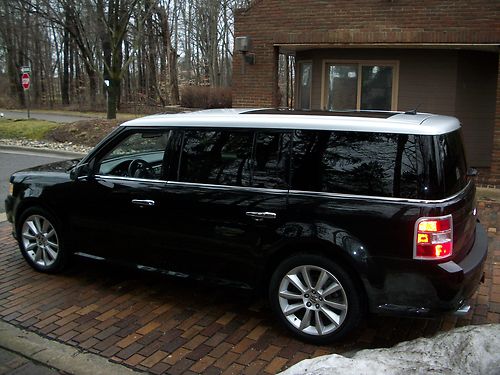 The Flex features a neat 3-zone moon roof arrangement for its passenger’s star-gazing pleasures and will comfortably get 17/24 mpg…but most of our subspace driving of the Flex resulted in single digit fuel economy readings because it is so hard to keep your foot out of the boost zone.  This particular Flex sold for close to $44k a few years ago and has been salvaged due to accident, so it will be interesting to see where the price is when the gavel hits the block.  Wait another 2-3 years and the prices of these EcoBoost monsters should drop considerably.