The Roman poet Ovid (Publius Ovidius Naso) wrote in Book II of his epic poem Metamorphoses about the god Phaeton who was bold and brave, but in an attempt to prove his godliness, drove a flaming ‘sun chariot’ out of control and Zeus (the big cheese of the gods) had to destroy him with a lightning bolt to save the earth from imminent destruction.  In stunning parallel – a vehicle called the Phaeton was bold and brave, but threatened to ruin the Volkswagen/Audi Group USA profits with its out of control build and warranty costs and had to be struck down with a thunderbolt by VW Chairman Ferdinand “Zeus” Piëch.  This 2004 Volkswagen Phaeton W12 is for sale at a dealer in Springfield, MO via ebay at $17,500 buy-it-now. 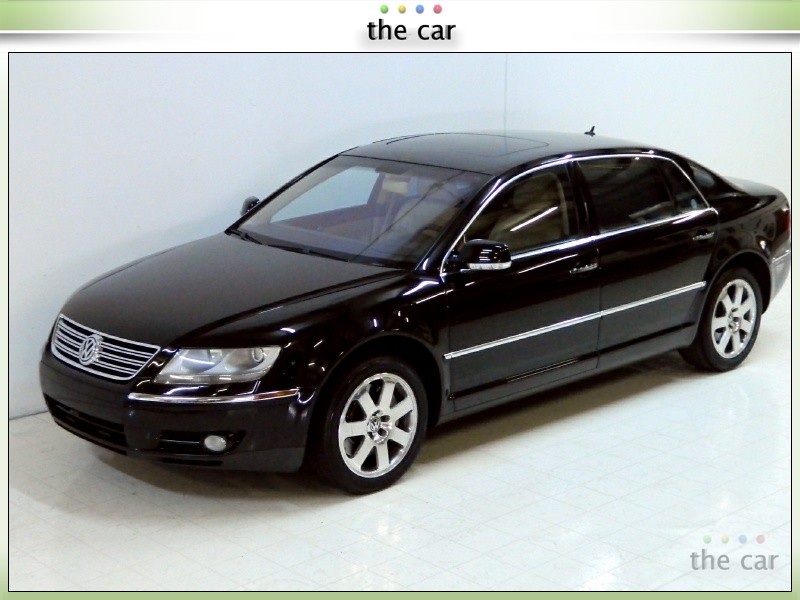 The Phaeton was a remarkably expensive car badged with a VW emblem – MSRP for the W12 equipped model starting at $80k and soared well into $90k with a “premium” package version like this example.  It was not too far from the cost of a new Audi A8 and less than 1500 sold in the first year in the US. 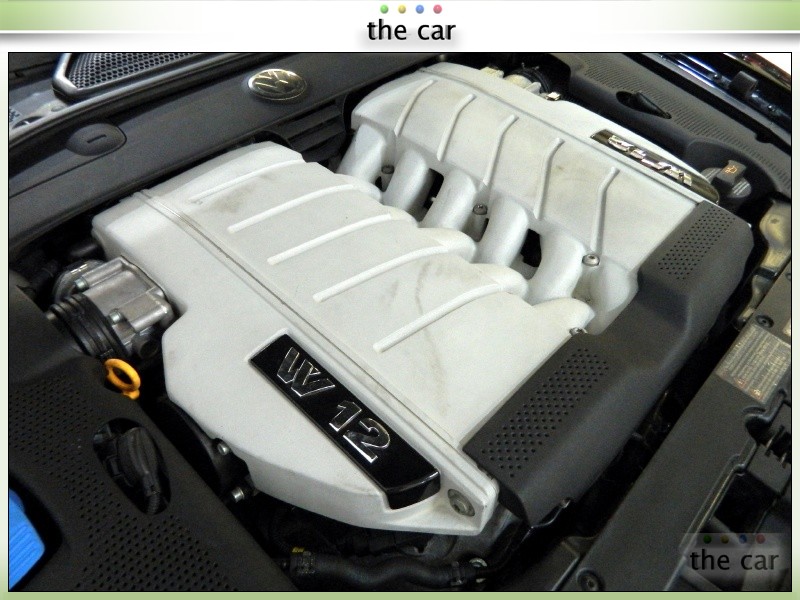 The W12 isn’t a reference to some obscure option code – its the configuration of the engine.  To the folks who are more typically used to inline or vee engines, the W stands out as an oddball – its cylinders intertwined in a tight package that gives 12 cylinders in the length of a typical V6.  It can be looked at as 4 rows of 3 cylinders or two VR6 engines mated together.  The Volkswagen W12 (engine code BRN)  displaces 6.0 liters and puts out 450 horsepower and 413 ft-lbs of torque in all 4 wheels via a complex Torsen center differential system. 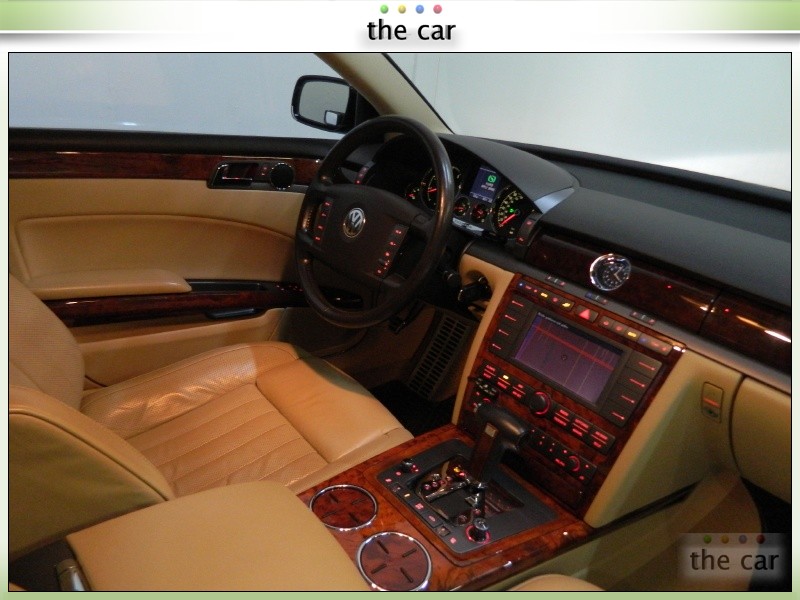 The inside of the W12 was well equipped for the most discerning of gods.  All manner of automatic gadgets, electronic wizardry and fiber optic button illumination are ready for greet the driver with tactile feel and surprising dealer repair estimates! 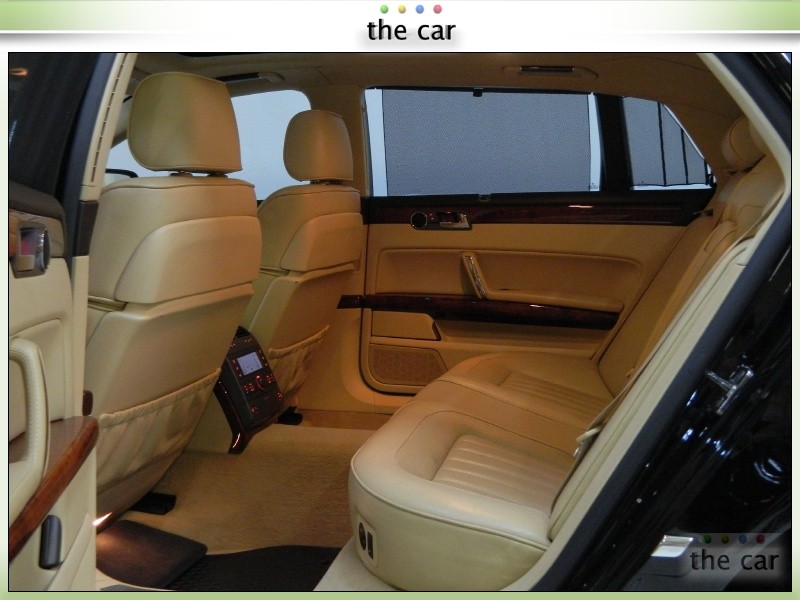 By jove, even the notoriously plump Silenus would have room to sit and drink wine with Dionysus and enjoy the 43 inches of rear leg room in this limousine.  Some automotive writers joked that VW invented the all-wheel-drive limousine and compared the Phaeton’s interior to a Learjet.  It also weighs almost as much as a Learjet, tipping the scales at an F-150ish 5400 lbs. 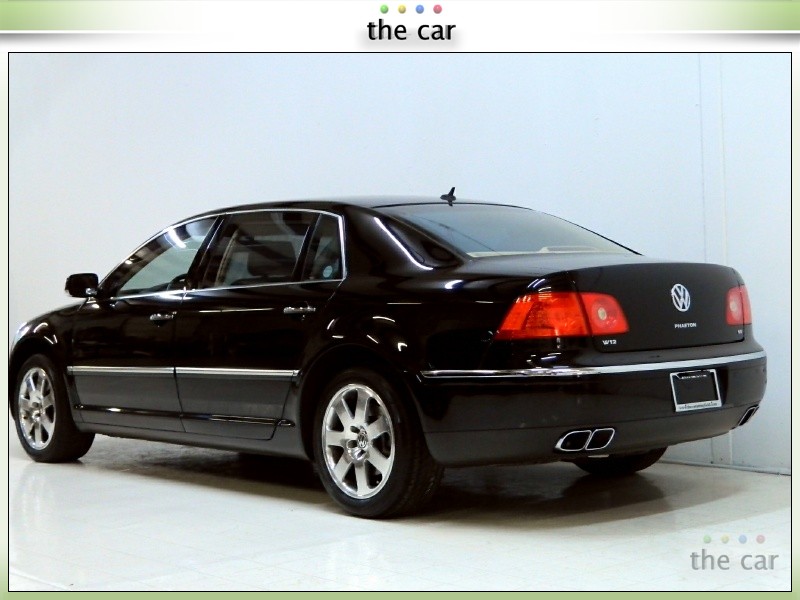 The name Phaeton is also shared with a horse drawn carriage, perhaps some day VW will make a Phaeton Brougham edition for the ultimate in ridiculous cues to carriages, but we are getting ahead of ourselves.  This Phaeton looks in decent shape, but it does have some seriously high mileage (130k) and we expect any new owner to take full advantage of the offered 1 year warranty on ‘service’. 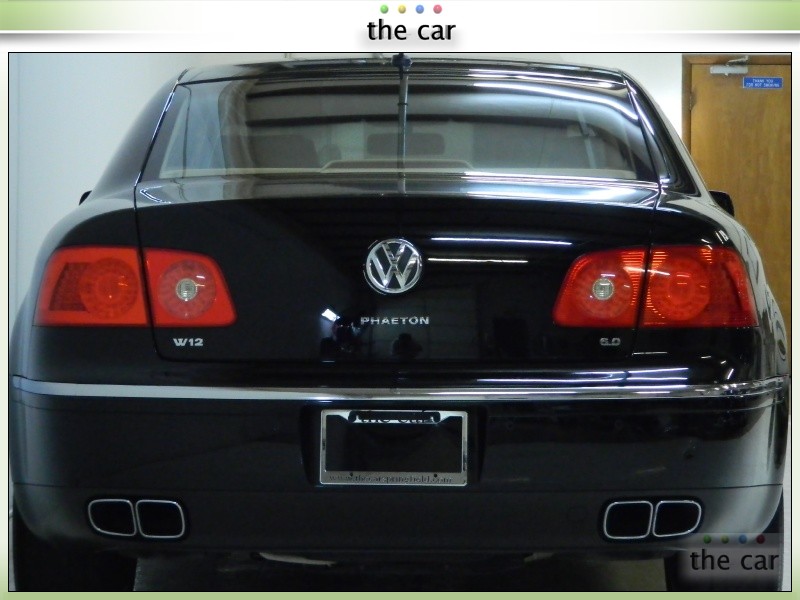 Back to Ovid’s Metamorphoses; As previously mentioned Phaeton died after he fell from the sun chariot into the sea.  The epitaph on his tomb was as follows:  “Here Phaëthon lies who in the sun-gods chariot fared. And though greatly he failed, more greatly he dared.” We couldn’t agree more.