The SN-95 Mustang, built from 1994-2004 was the final edition of Ford’s Fox platform.  The ‘new edge’ styling was a mid-life refresh that was introduced in 1999 – and had subtle visual clues harkening back to 60s mustangs (such as the triple vertical tail lamps).  This 2004 Ford Mustang Mach 1 is a low mile example, single owner version of the final year for this generation of stang and is for sale on ebay for $18,800 or best offer, located in San Dimas, CA. (San Dimas high school football rules!) 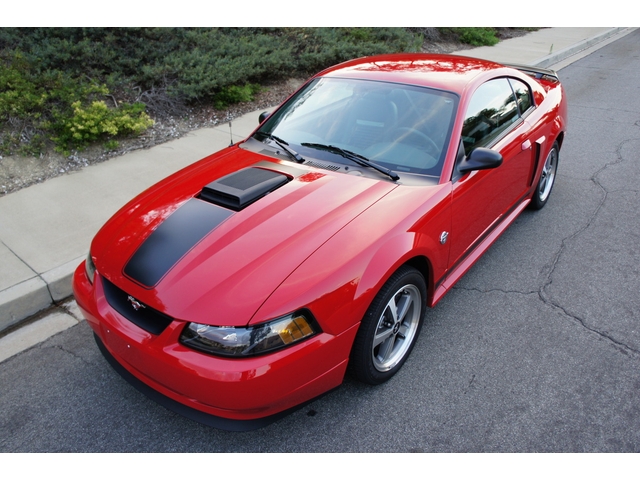 This is clearly a most excellent example of the 4th generation Mustang and it looks showroom fresh.  We are surprised it isn’t offered at some Barrett-Jackson inflated $50k and we expect this would be a ton of car for the money.  Drive it occasionally for the next 10 years (please, PLEASE don’t just abandon it in a barn) and it should appreciate nicely.  Compared to the previous Fox body mustangs everything is different, but the same… things are more moderner than before… bigger, and yet smaller… it’s computers… 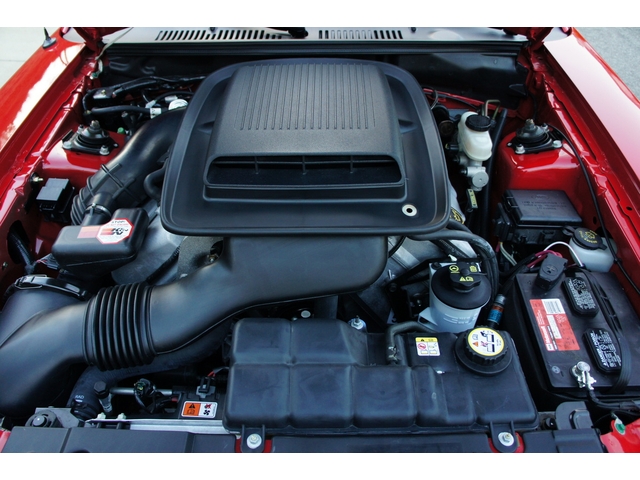 Dude – this mustang is powered by a 4.6 liter dual overhead camshaft 32 valve all aluminum version of Ford’s Modular V8 putting out a Mach 1 spec 305 horsepower.  It is essentially a de-tuned version of the 1999 Cobra 4 valve engine with the head from the 2003-2004 supercharged cobra.  In actuality the 2004 Mach 1 engine probably made more hp than the 1999 Cobra due to a well reported problem of engines not making advertised power in 99…but that is story for another time.  We love the functional shaker hood scoop – even though the engine air has to follow a meandering path back down to the stock airbox location (this one has a K&N performance filter to replace the stock air cleaner). 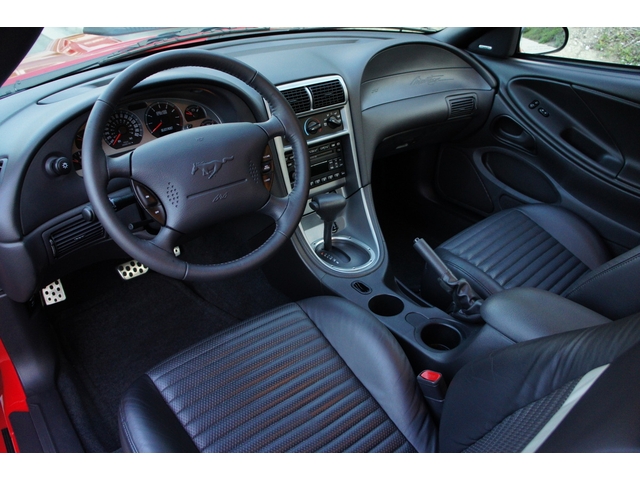 Inside this Wyld Stallyn it looks like it came straight from the showroom.  Unfortunately it is a slushbox – but its got the Mach 1 specific retro stitched seats, a functional shaker hood scoop, some Mach 1 badges, a flat black rear wing and even unique c-pillar styling specific to the Mach. 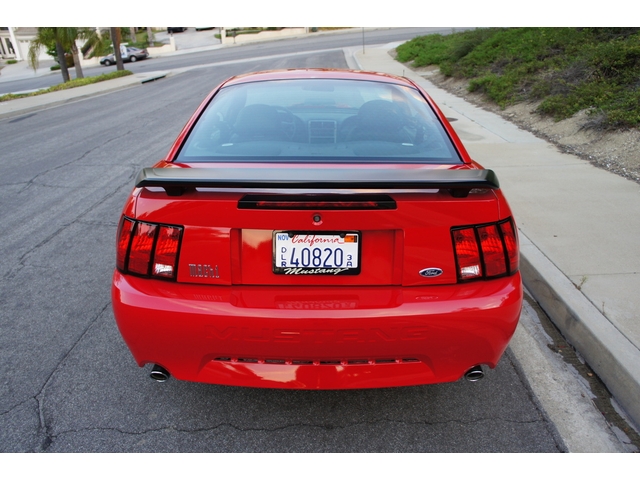 We liked the look of the Mach 1 back when they first came out and continue to think its a unique car that will always have people looking to buy one.  Our advice to any potential buyers is “be excellent to each other”, “party on” and go buy yourself a sweet Moostang in San Dimas!

See another Pony with low miles for sale?  email us here:  tips@dailyturismo.com