The name Hammer had two popular connotations in 1990, one was a young rap artist with baggy pants and the other a young luxury sedan with fender flares.  Each hammer was successful in the their prime- MC Hammer putting out the hit single “You Can’t Touch This” and the AMG Hammer putting out over 300 horsepower and obliterating the competition from Bavaria (Munich or Ingolstadt).  But given the choice of which Hammer we’d live with each day…we’d pick this 1992 Mercedes-Benz 500E located in Williamsburg, VA and currently bidding on ebay for $6,100 reserve-not-met with 5 days to go. 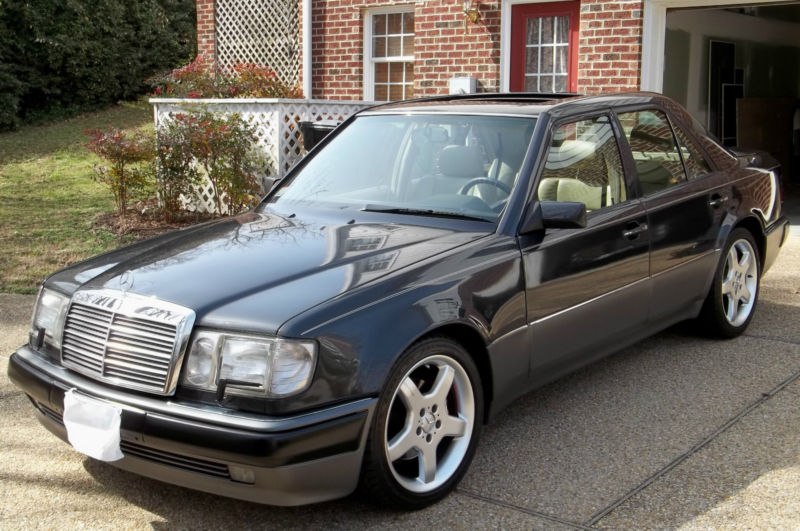 MC Hammer was a persona built on a skinny kid named Stanley Kirk Burrell, the 500E Hammer was based on the Mercedes W124 E-Class sedan.  The W124 was arguably last well built and reliable sedan to come from the mad scientists in Stuttgart with classy styling, interiors built to last and simplicity in function that in future generations was replaced by a dizzying array of electronic gizmos that constantly fail costing the owner viel Geld! 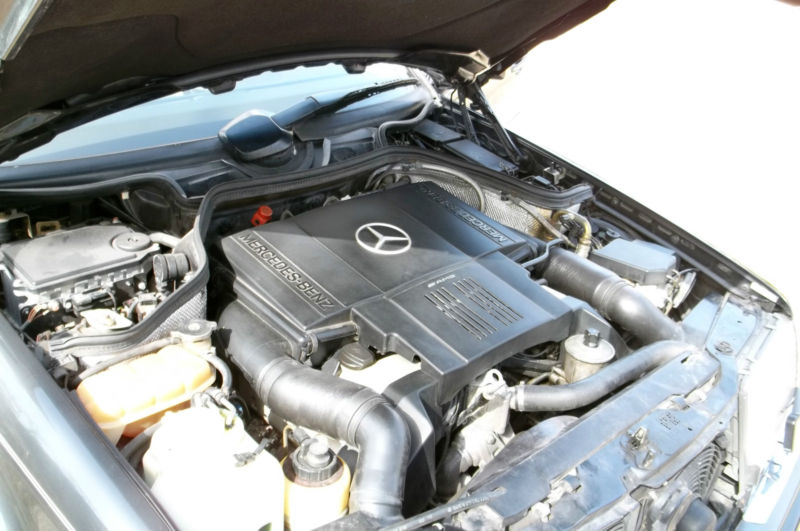 The 500E has a 5.0 liter DOHC M117 V8 putting out 325 horsepower into a 4 speed automatic transmission.  Its not a bad automatic transmission to drive if you do indeed need to drive without a clutch, it lacks the slushy feel of most domestic iron from the same era, has surprisingly crisp up-shifts and the 4 speeds make nice work of the wide power-band available.  The chassis tuning and suspension setup was done by Porsche so the car has a sporty feel to it and drives more like a sports car than luxury sedan.  Unfortunately it still uses the steering box setup from the standard E-class and lack of rack-and-pinion steering gives a vague sense of what the tip of the hammer is doing during high speed maneuvers. 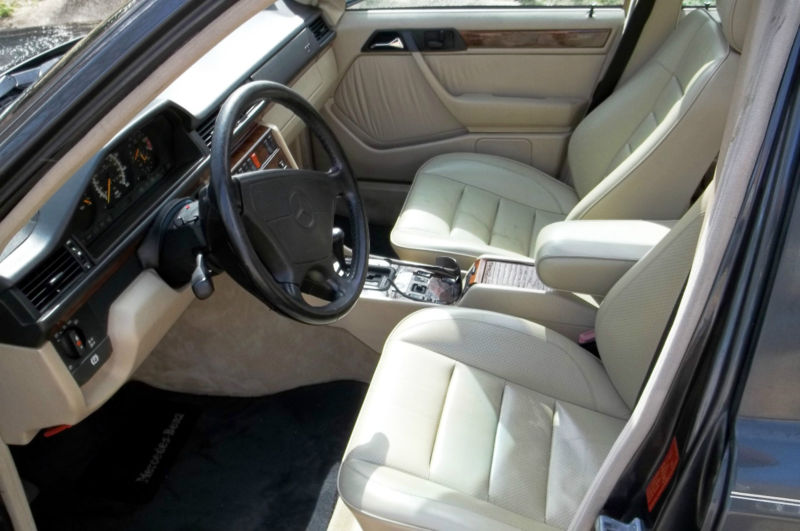 Inside this Mercedes still looks great and is further testimony to the fantastic focus on quality and durability that Daimler-Benz used to put in their products.  We would prefer a darker shade of interior as they typically withstand abuse better, but at least the lighter cooler will be cooler in warm climates.  The radio has been upgraded by the current owner so you can pump 2 Legit 2 Quit while driving down the freeway. 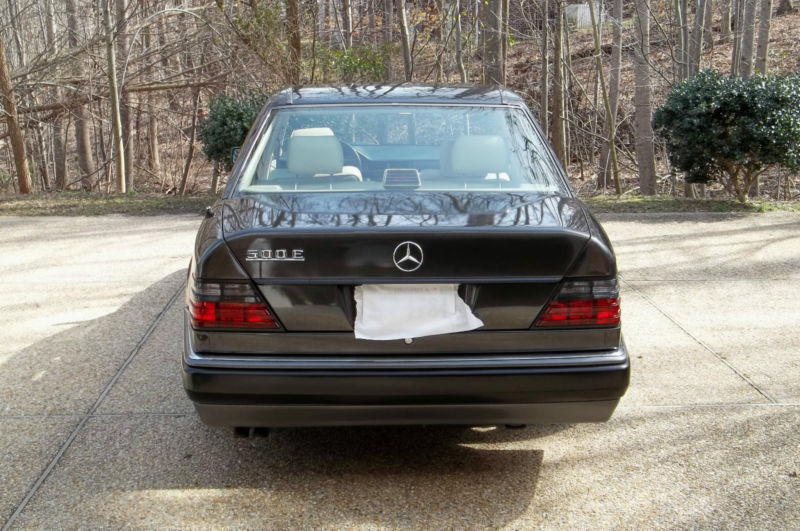 The seller of this 500E has covered his license plate with a piece of garbage bag for the photos – and we aren’t quite sure why.  We’ve seen a lot of sellers cover plates and aside from a really intrepid criminal making fake plates for the same car and committing the perfect crime (he could also get your plate number by driving down your street…) we can’t find a reason why anyone would mask their plates in an ad…perhaps someone can give us a good reason in the comments?  Additionally the seller has painted the stock brake calipers bright red and put a brembo sticker on them to which way say “STOP….hammer time.” Leave those poor Mercedes brake calipers alone! We expect the bidding on this fine machine to get into the teens but would be surprised if it broke $20k.