We’ve said this before, but the Nissan 300ZX is the automotive equivalent of fat Elvis – the final conclusion of many famous celebrities & cars: heavy, slow, chrome-covered and an met with an untimely death.  That doesn’t stop us from admiring the final hurrah of the king of boost from the 1990s, and the prices for the Z32 generation 300ZX couldn’t be better.  This 1990 Nissan 300ZX twin turbo with 5spd manual is for sale in Sewell, NJ currently bidding on ebay for $12,100 reserve-not-met with 4 days to go. 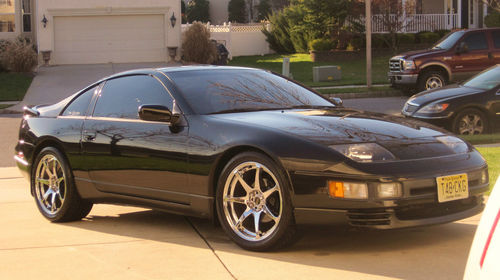 The Z32 generation 300ZX was sold from 1990-2000 and was available as a hardtop, t-top, convertible, 2+2 and turbo versions – all powered by V6 up front and rear wheel drive.  Prices had escalated to ludicrous levels by the time the Japanese premium sports car market crashed in the late ’90s but today, we’re happy to report that the prices have dropped to Daily Turismo levels. 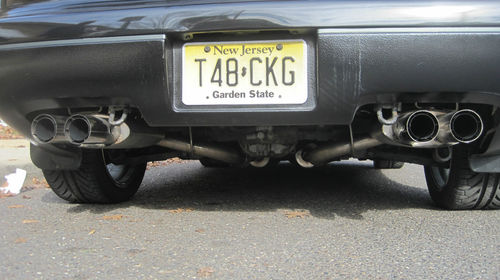 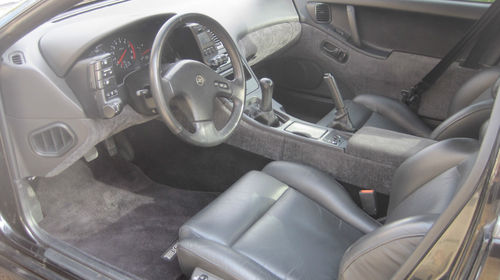 This ZX has only 42k miles on the odometer and as a result looks pretty nice on the inside and outside.  We like the driver-centric focus of the ’90s Japanese dash setups and we think the inside of these machines feels more like an airplane cockpit. 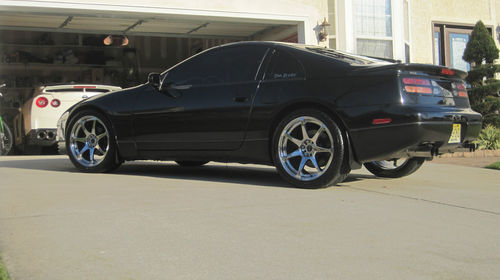 We’ve described the reasons we love a good 300ZX, but we also have some reservations about this car.  First we don’t like big blingy rims on low mile cars, they just don’t fit – and its fine to put them on some 150k mile wreck, but please keep the stock sneakers for when you sell a minty clean one.  Next, we think the seller is being a bit of a douche by purposefully including pics of the Nissan GT-R in the garage..which tells us that the Z sits outside all day and will play second fiddle to the GT-R.  Finally, and this is the big one, we are always suspicious when sellers only own a car for 6 months and then decide to sell – sure, there are legitimate reasons, but the seller should expect to take a bath and anyone asking a premium is a car flipper – beware!