The Honda City was a subcompact car for the Japanese market – not quite small enough to be classified as a Kei-car, but a miniature little runabout with a surprising amount of space on the inside.  The base City was not a fast car, but that was before Mugen Founder Hirotoshi Honda (son of Honda founder Soichiro Honda) created a wild Turbo version for the local market.  This first generation (AA) 1986 Honda City Turbo II is for sale in Phoenix, AZ for $15,000 buy-it-now on ebay (Thanks to tip from DT reader Andrew L). 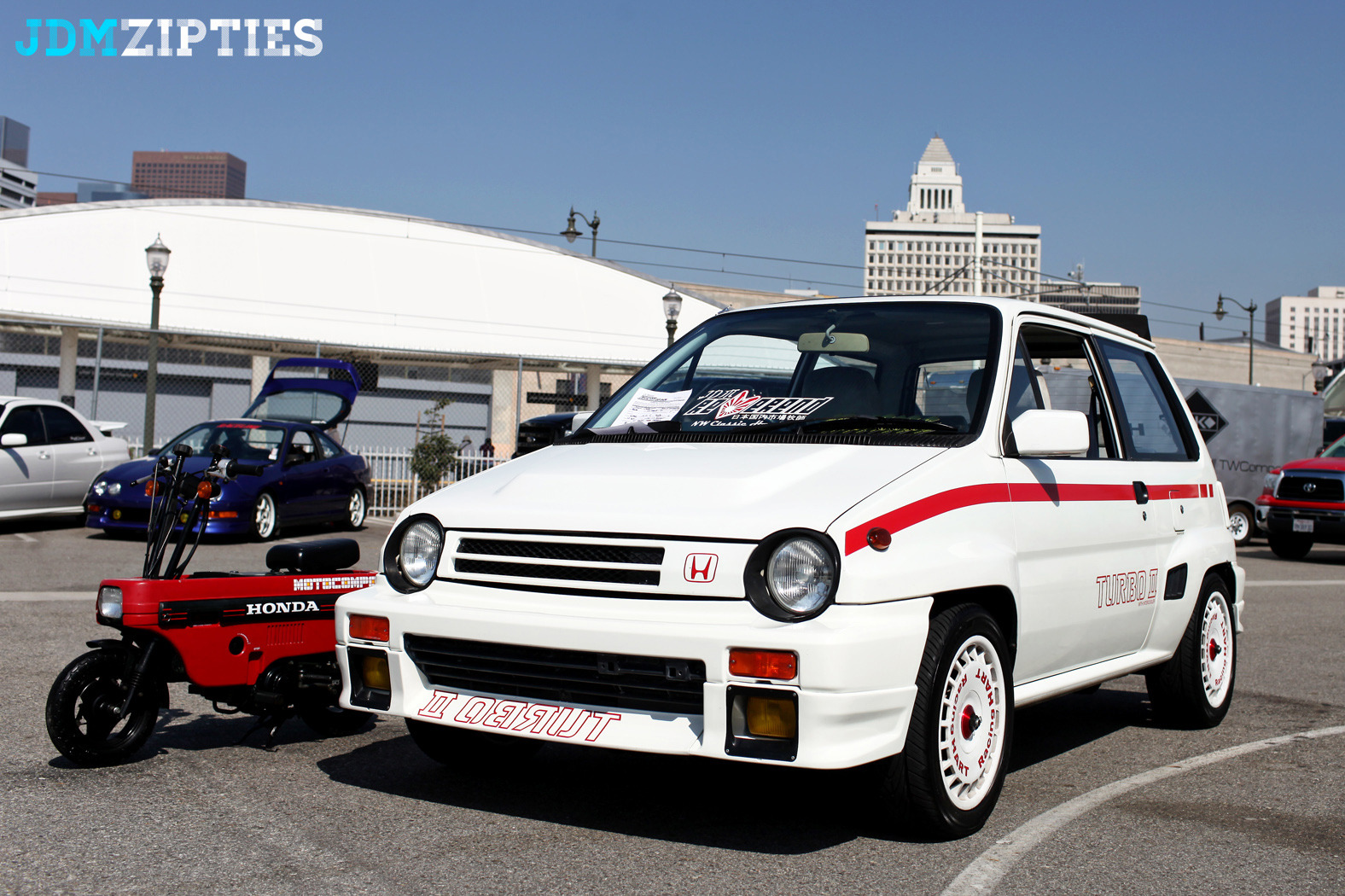 This Honda City Turbo II was imported to the United States back in 1987 and the seller claims that uniformed Customs officers won’t show up at your door to take it – but it’s always best to be cautious and do your own homework.  The Turbo II version added some sweet fender flares and was nicknamed the Bulldog for its front end styling. The DTM-style alloy wheels are super ’80s, but like graphics including the backwards “TURBO II” on the front air dam, they add a lot to the overall aesthetic. 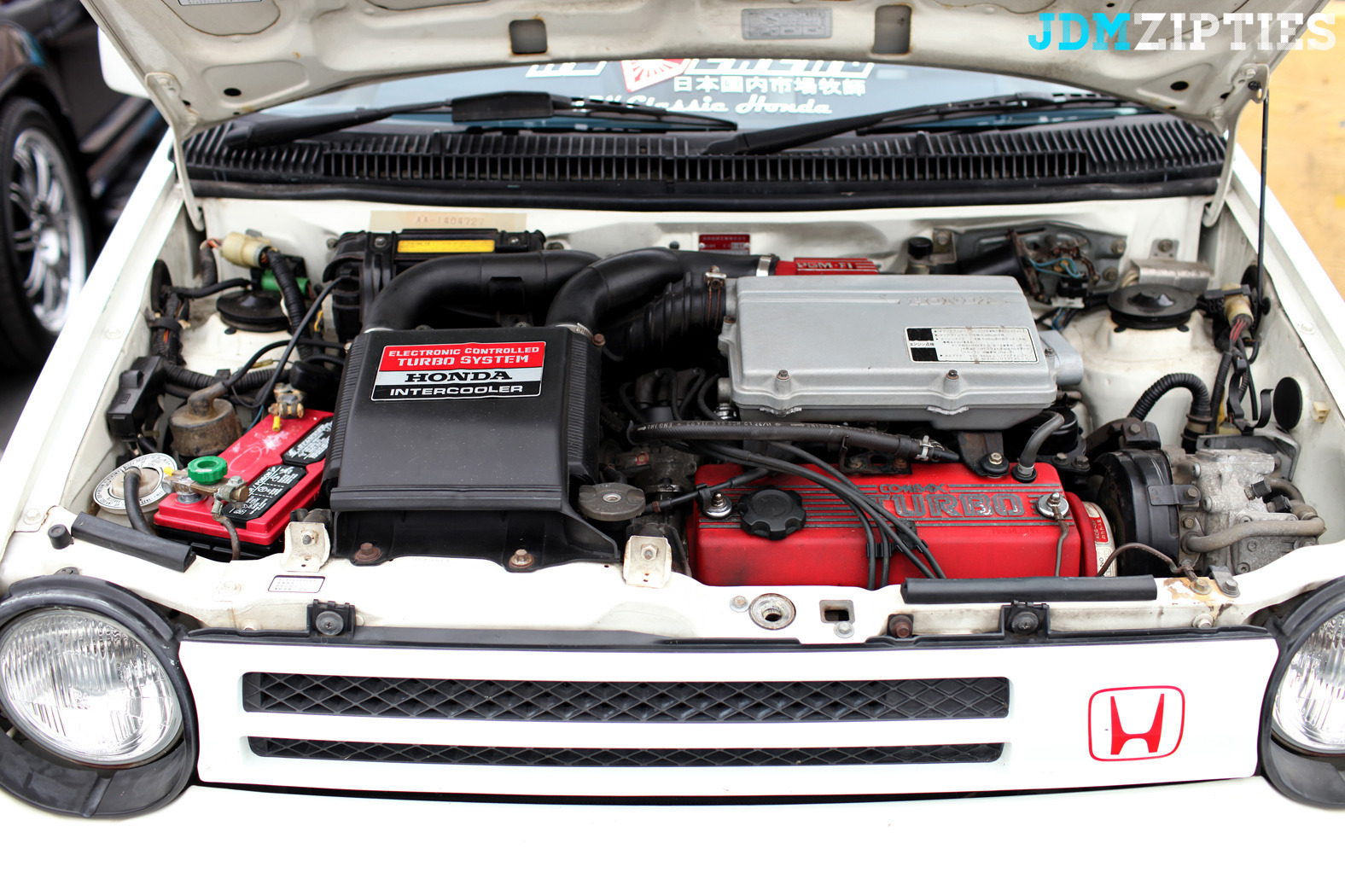 The Turbo II uses the standard City’s 1.2 liter inline 4 putting out 108 horsepower thanks to a turbocharger and intercooler pushing out 12 psi of boost.  It’s attached to a 5 speed manual gearbox that puts power down to the front wheels – and this 1600 lb car won’t win too many drag races, it should at least be entertaining to drive. 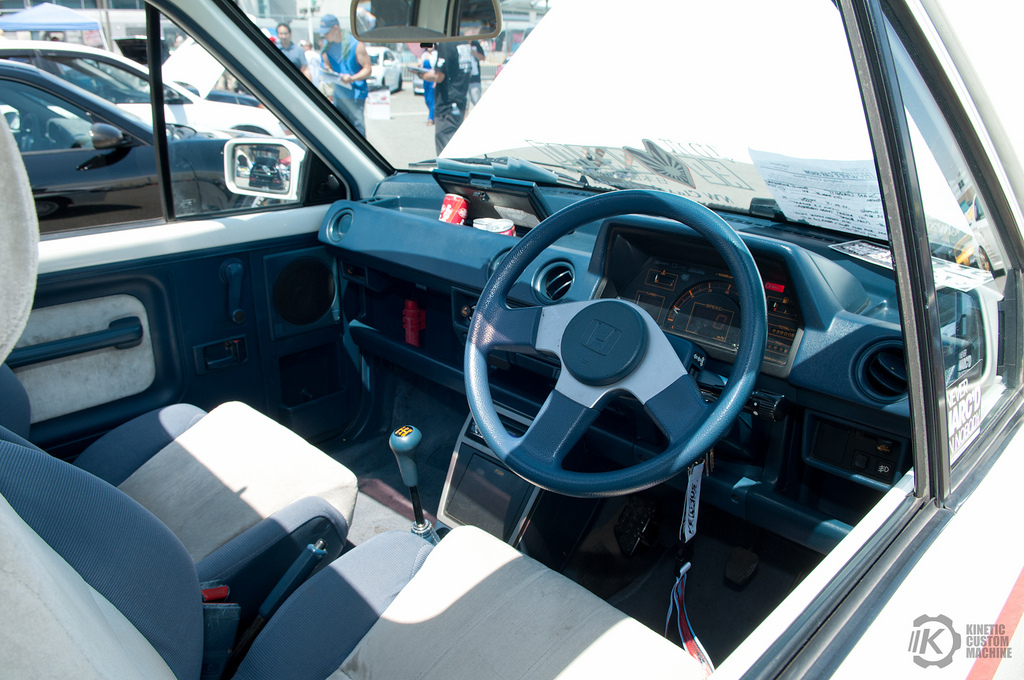 This was a Japanese car so it has right hand drive and gauges in km/h, but we could live with those oddities for the chance to cruise around in this ride.  It also comes with a Motocompo Scooter – a sweet little 50cc two stroke fold-up minibike that fits into the back hatch area of the City – the idea being the City owner could park on the outskirts of Tokyo and then ride the scooter into work. The Motocompo is equipped with a centrifugal clutch and a CVT, giving it a top speed of about 30 mph, downhill. The drivetrain is similar to what’s found in a Spree step-thru scooter, but it’s plopped into a special steel tube frame with soap bar styled plastic bodywork. We at Daily Turismo have a Motocompo in our fleet and can attest to it being a great pit bike for the races, an awesome wheelie machine (with determined rearward weight balance by the rider), and a cool oddity that never fails to attract attention. It may even be possible to register it for the street in the US. 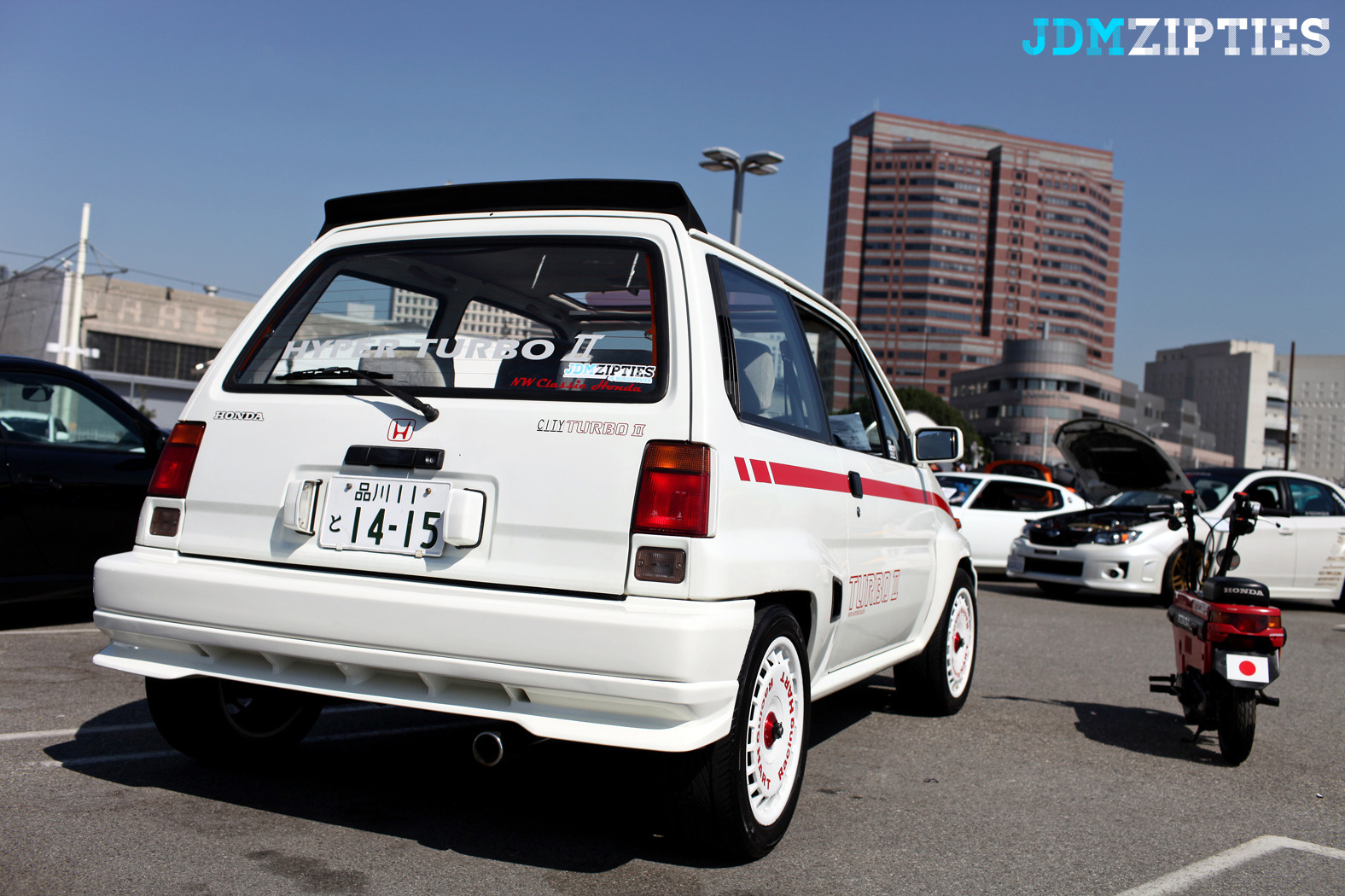 The City Turbo II will give you instant front row parking spots at any Japanese classic car shows and will likely be a blast to drive around.  While the price may seem a bit high, this car brings with rarity and cool factor that certainly compete with anything in its price range. And the mini-me Motocompo is a big bonus…or is that a small bonus…wait, we’re