Prices for air cooled Porsche 911s have been a bit of a roller coaster recently – decent running cars selling for as little as $10k or as much as $20k in the last 10 years.  Currently the trend has been to reverse some of the appreciation for ‘daily driver’ non rare examples as demonstrated by this 1985 Porsche 911 Carrera located in Quincy, Il and for sale on ebay with a buy-it-now of $15,950. 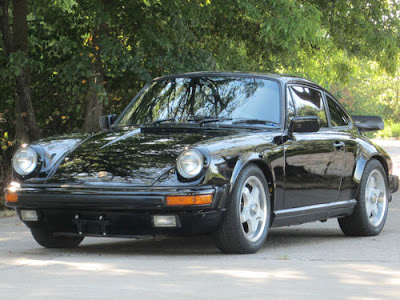 Porsche owners have always been the butt of jokes with regards to all kinds of anatomy deficiencies – but there is no denying the beauty of a black 911.  The Carrera 3.2 generation (launched in 1984) heralded the 2nd major redesign of the 911 (the first being the 78 SC).  New engine, body kit, electronics and suspension all made the 911 faster, safer and better handling. 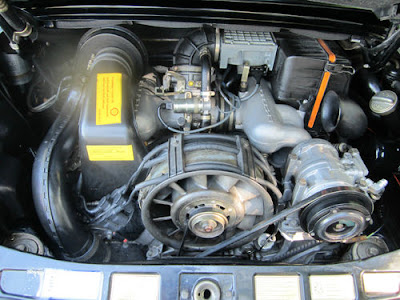 This car is powered by an air-cooled flat-6 engine displacing 3.2 liters mated to a Getrag G50 5-speed manual transmission with hydraulic operated clutch.  The engine put out a respectable 207 horsepower and 200 ft-lbs of torque, enough to propel the car from 0-60mph in just over 6 seconds.  The thrashy, rattly, fan noise comes for free with every air cooled 911 and sounds fantastic! 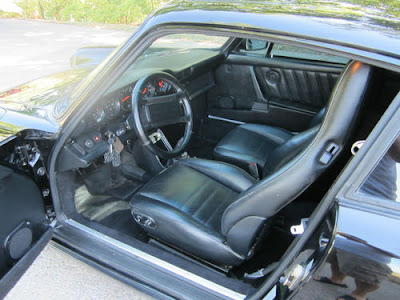 The early 911s all had a simple dash with center positioned tachometer, easy to read gauges – but the ergonomics of wheel/pedal/seat placement can sometimes be described as ‘neolithic’.  At least the G50 transmission has always been praised for its shifter feel vs the previous transmissions.   The heavy action hydraulic clutch takes some getting used to – but after a few days you will be comfortable hammering away at the gears and sliding backwards into a ditch. 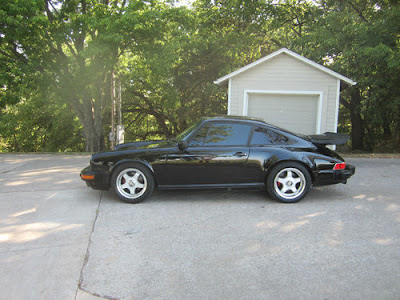 Owning a 911 is a experience akin to owning a pet viper.  It is a beauty to look at, leaves a trail everywhere it goes (snakes leave skin, 911s dump oil like a B-17 ready for take off) and it will bite you occasionally and can easily kill you.