Perhaps it was something to do with watching vintage racers tear around a track for a few days – but we were in the mood for a track rat and found a good one.  This 1982 Porsche 911 SC has been converted into a track car and is currently for sale in Dublin, OH for $16,000 buy-it-now on ebay. 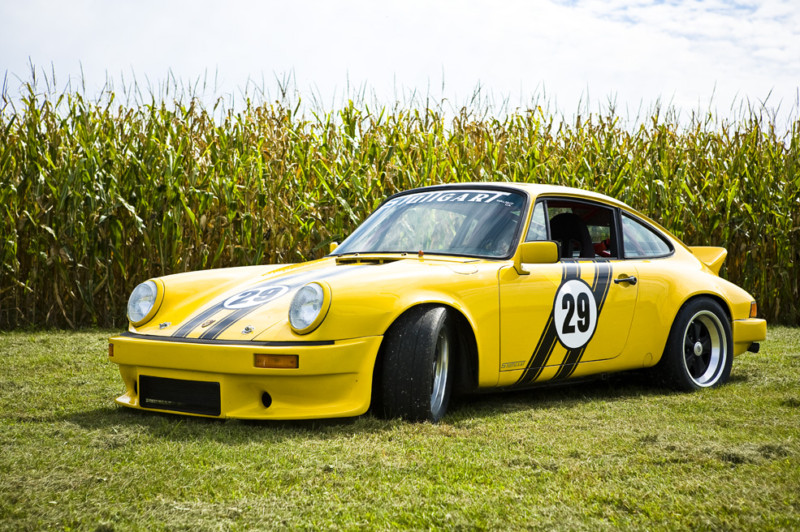 The original 911, produced from 1963-1989 followed Ferdinand Porsche’s VW Beetle recipe with flat rear engine hanging behind the rear wheels.  A rear engine setup gave the Beetle/356/911 excellent interior space for its exterior footprint as well as enhanced forward grip by having the majority of the vehicle’s static weight over the rear wheels.  It also aids in braking; as the weight is shifted forward under deceleration the distribution of weight goes closer to 50/50 with a rear engine car.  Unfortunately the rear weight doesn’t help much when cornering and 911s are as often found backwards in ditches. 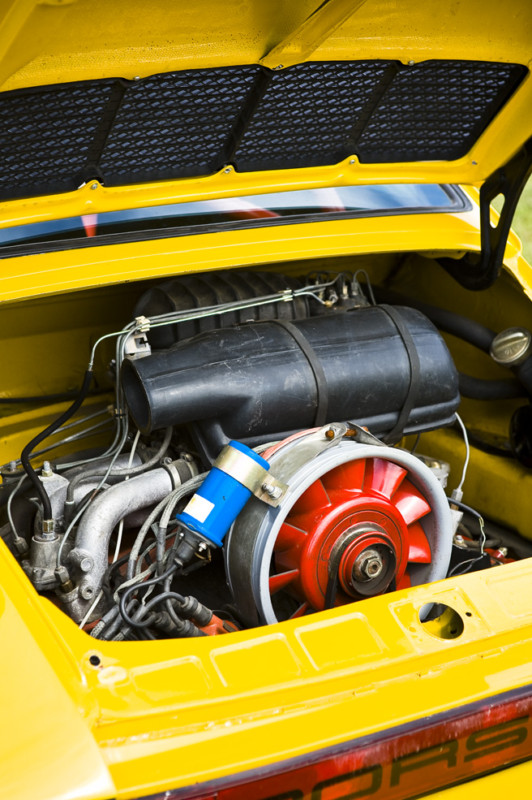 This 911 is powered by a 3.0 liter flat 6 that made 180 horsepower in stock specs – but it’s now setup for track duty and has equal length headers along with some ignition upgrades – assume 200+ horsepower.  Power is put to the pavement via a 5 speed manual trans and given the gutted condition of this car it should scoot along nicely and be great for an AutoX or track day. 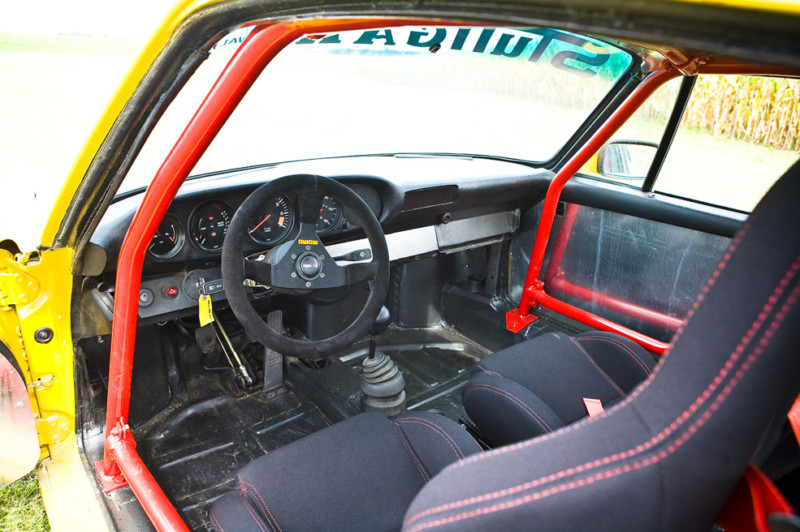 Inside most non-essential items have been removed and a momo steering wheel, racing buckets and roll cage added.  Unfortunately this was a sunroof car and the seller mentions that it has been ‘disabled’ but not removed; for a track car it would make sense to get rid of that extra weight. 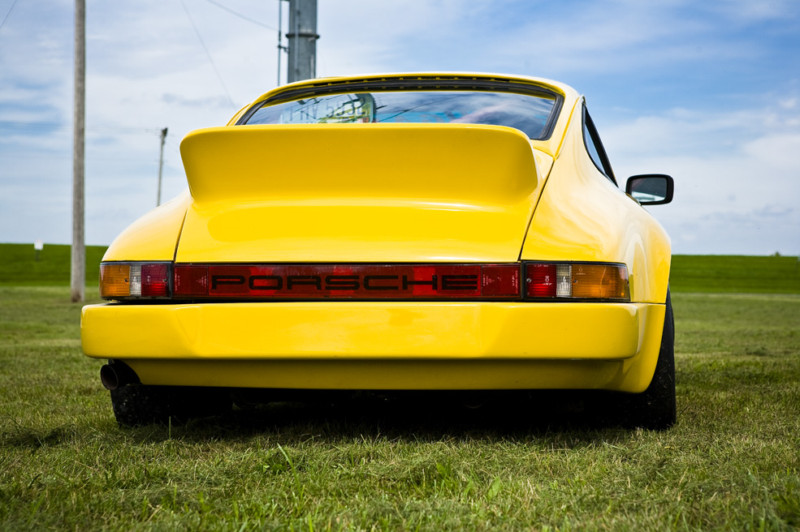 This 911 is sporting a small ducktail reminiscent of a ’73 Carrera RS and we think it would be a short putt to turn this into an RS clone.  But is $16k too much to pay for a car that needs some work and can’t be driven every day?

See another track rat for sale?  email us here:  tips@dailyturismo.com