The Lotus Esprit (es-spree) enjoyed a remarkably long life with only minor changes in its 28 year lifespan and over 10,000 examples built from 1976-2004.  In 1979 Lotus released a special edition – the John Player Special to commemorate its 1978 F1 world championship winning car – really just a stickers package – but cool nonetheless.  This 1979 Lotus Esprit John Player Special is offered for sale in Knoxville, TN currently bidding on ebay at $13,799 with one day to go. 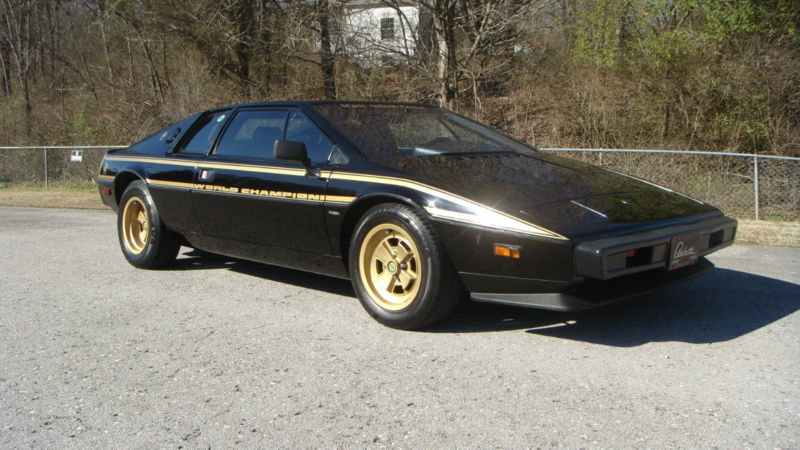 The Esprit made its big screen debut as a submarine in Albert Broccoli’s 1977 The Spy Who Loved Me and was restyled slightly in 1978.  The 1979 John Player Special (JPS) was a black/gold color scheme to celebrate the Mario Andretti’s victory in the Lotus over the always fast Scuderia Ferrari entry.

For reference we have included a photo of the actual 1978 Lotus JPS car.  John Player is a tobacco company located in the UK that sponsored racing teams back in the day.  Tobacco advertising has long since been banned, and all that remains is a Marlboro shaped bar-code logo on the Ferrari’s rear wing. 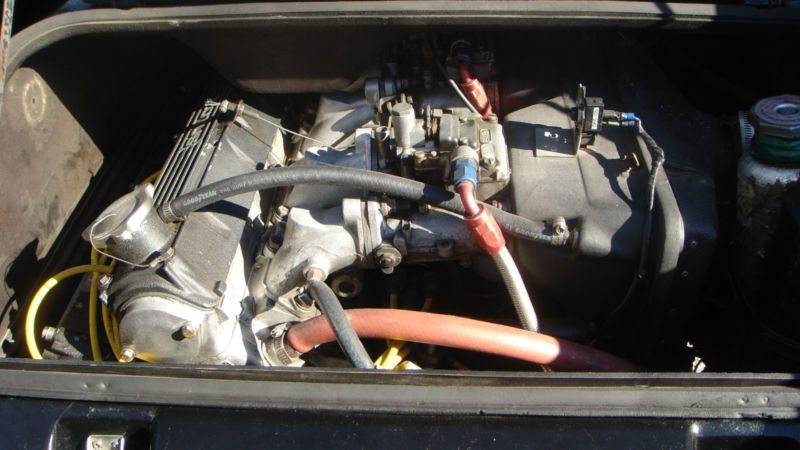 This Esprit is powered by the venerable Lotus type 907 4-cylinder engine displacing 2.0 liters – originally used in the Jensen Healy, but mounted mid-ships in the Lotus and attached to transaxle shared with the Citroen SM.  Lotus cars have always shared parts with other cars and the Esprit was no exception. 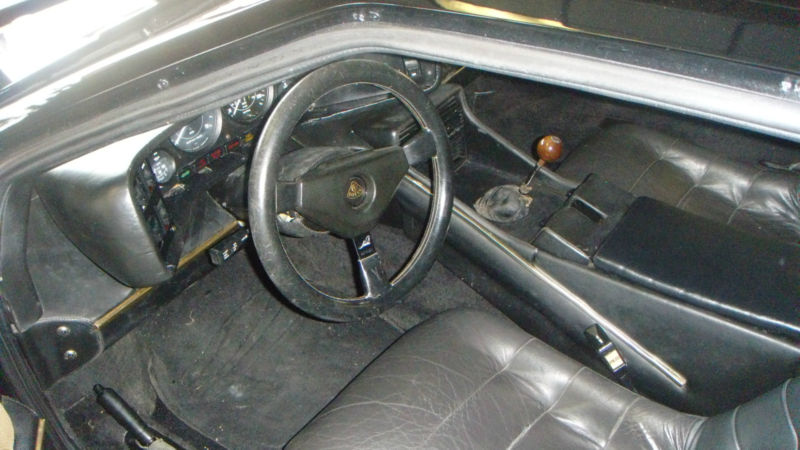 The inside of this JPS Esprit looks nasty in the photos, we can only hope it will have been cleaned a bit before the new owner picks it up.  Expect thoroughly awesome 1970s super-car ergonomics and limited visibility from inside the Lotus.  Also, don’t expect any of the electronic switches to work each and every time you press them – just press them again and whatever secondary task you are trying to perform will eventually get done. 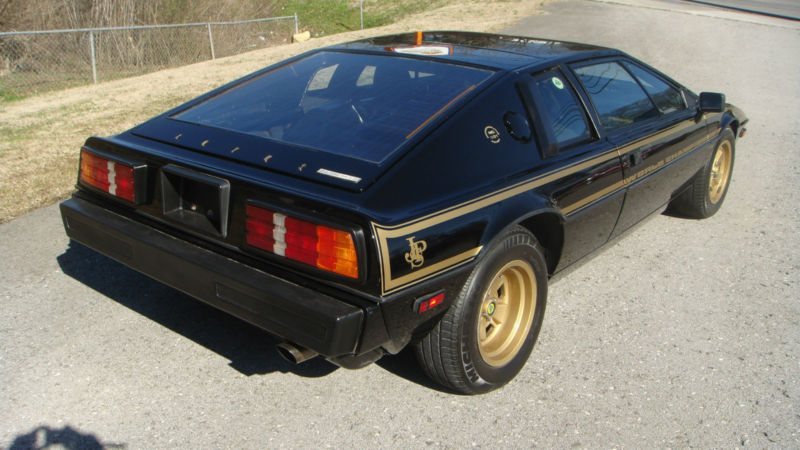 Overall this car brings a lot of rarity for the price – with less than 150 JPS versions being built – but will you be able to live with the rest of the issues that a 1970s Lotus will bring with it?

See another special edition that needs a writeup? email us here:  tips@dailyturismo.com