In the late 70s the gas crisis and EPA mandated emissions laws were throttling the power out of muscle cars. Ford had abandoned all rational thought the turned the Mustang into a Vega – and Pontiac needed a way to keep folks buying their Firebird – so they did the only logical thing:  decorate the hood with a gigantic decal of a winged bird – the “Thunder Chicken”.  This 1978 Firebird Trans Am is for sale on ebay for $14,500 and located in Traer, IL. 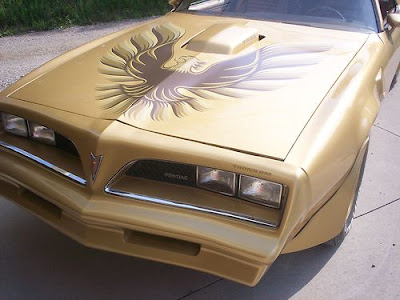 Ok – no point beating around the bush – lets get right to it – you want to see  a picture of the bird.  Ok – here it is.  A giant winged ‘firebird’ in brown on a gold car.  Unfortunately that is the best picture of the front of the car in the listing.  Come on people – if you are going to list a car at least have ONE picture of the entire car.  If you are listing a cow for sale you wouldn’t show a picture of its leg, another of its tail and one of the nose…no, you’d show a picture of the whole damned cow.  For pete’s sake – its the same thing with cars, we want to see the car.  Not your stained driveway, or the Lamborghini parked next to it…just the car please.  AND STOP SHOUTING…WHY IS THE AD TEXT IN ALL CAPS?  DOES THIS MAKE YOU FEEL LIKE YOU ARE BETTER THAN THE REST OF US?  HUH?!!  SHAVE THE MUSTACHE AND GET A JOB YOU HIPPIE!  AND STOP SHOUTING!!! 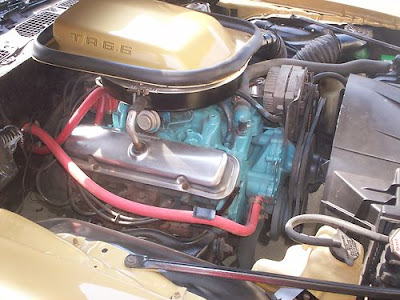 This Firebird is motivated by a 6.6 liter Pontiac 400 V8 – a light blue painted boat anchor known best for its large displacement and an anemic 220 horsepower at a diesel like 4000 rpm.  Even the 320 ft-lbs of torque can’t redeem the under carburetted low compression-ratio disaster lurking under the hood.  For comparison a Caterpillar C7 diesel engine makes 210 horsepower and 520 ft-lbs of torque out of 7 liters…so when your car is slower than farm equipment – you need to find another car that makes you look good in a muscle shirt.  Even Jim Rockford can’t catch the bad guys in this car. 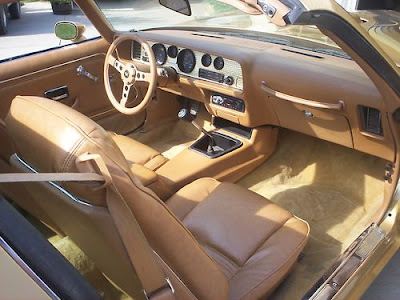 This Trans-Am is thankfully equipped with a manual transmission to give you the ability dump the clutch and do your best Burt Reynolds impersonation.  The interior has had a nice freshening up -so you can leave the t-tops in the garage and show off the camel colored interior to all of your old high school friends.  We recommend taking the restrictor plate off the gold dragon to give it a little more juice – but keep it on the low down because its not strictly street legal. 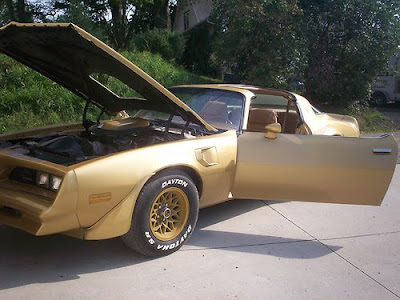 Original wheels wrapped in period correct “Dayton” tires look great and we really wish there was one good picture of this car in the entire ebay listing.  Finally, lets not beat around the bush – $15k is a lot of money for a 78 Firebird…but this one looks nice and ready to evade Ralph Kramden in 6 different states…are you?

See a car with lower volumetric efficiency and a bigger decal? email us here:  tips@dailyturismo.com