Casual mention of the name Moretti conjures images of bar rooms and hop infused beverages – not open air motoring.  Fortunately for petrol lovers the Moretti we are discussing today is a Turin based coach builder.  This 1973 Moretti 128 uses Fiat mechanicals and is for sale in Villeneuve, Switzerland for ebay buy-it-now price of $17,000 USD. 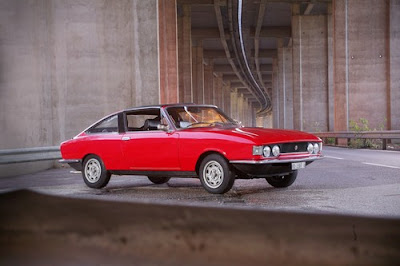 Fiat produced approximately 3 million copies of the 128 from 1969 to 1985 – none of them particularly beautiful.  To remedy the blight of Fiats on the public -the Torinese coachbuilder Moretti (not to be confused with the Birra Moretti) built a sleek convertible (ok – its more of a targa) body on top of the simple Fiat 128 chassis. 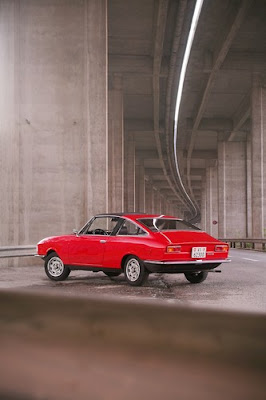 There is nothing hopped up with the Moretti version of the Fiat 128 – it is powered by the same 1.1 liter inline 4 putting out 54 horsepower and 54 ft-lbs of torque.  Fortunately the Moretti only weighs 1700 lbs, so the performance should be on par with a roman chariot – enough to out drag a double-decker bus full of tourists.  At least you won’t have to worry about getting a ticket from any of the thousands of speed cameras littering Switzerland. 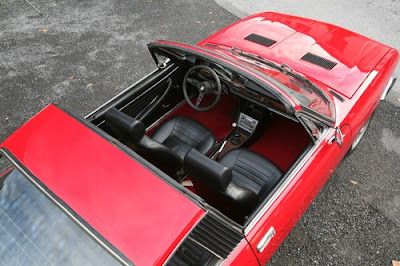 Inside you will be treated to fine Italian leather, heavy unassisted power steering, a spindly shifter with truck length throws and plastic switches that will break off in your hands.  Own a 70s Italian car for more than a few days and you will learn to curse in Italian.  But driving one is akin to the gelato version of ice cream – its smaller, lighter and much more sweet. 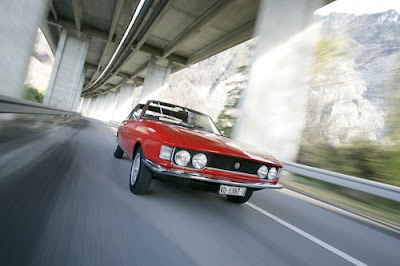 Overall the car looks to be in great condition in the wide angle long distance photos – and for all we know the underside could look like Swiss cheese.  But for a car that numbers in the 1 of 100 range this is a really good price, so we’d be willing to hop on a plane and take a look.

See another microbrew for cheap?  email us here:  tips@dailyturismo.com