1970 was just about the end of the muscle car era – the cars made in the next few years were heavy, had low compression smog friendly engines and rubber appendages growing like zits on beautiful chrome bumpers.  Lucky for us, this 1970 Ford Mustang Fastback Mach 1 is fast and zit-free – for sale in Milford, MI for a bargain price of $16,500. 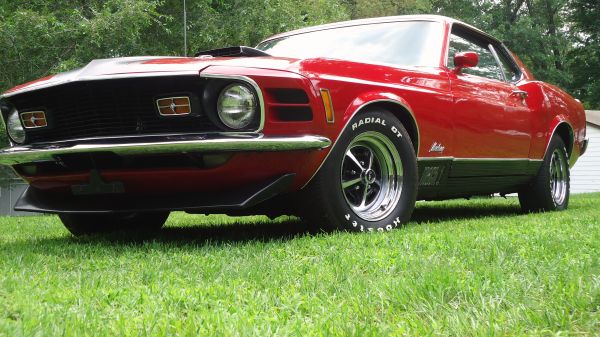 The 70 Mustang Fastback (called Sportsroof by Ford – they retired the Fastback name in 69, but  enthusiasts today prefer the Fastback name) is equipped with the Mach 1 option package.  Drive a ’69 or ’70 Sportsroof around for any length of time and random broad grinned people inexplicably ask you “is it a Mach 1?” (as if you’d give them free candy if it was a Mach 1)- but the question should really be – “what is a Mach 1?”  The Mach 1 was an option package that ditched the base inline 6s and 302 V8 in favor for 351 Windsor, 390 FE or 428 cobra jet (or 428 Super Cobra Jet with the optional Drag Pack… did we mention how cool the Ford marketing team must have been in the 60s to come up with these names?) and added Mach 1 livery, shaker hood scoop, black painted hood, rear louvers, chrome gas cap and other ‘pimp-my-ride’ style accessories. 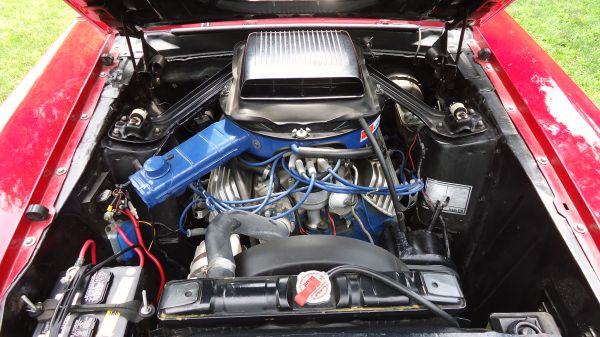 This Mach 1 is equipped with a 5.7 liter 351W with an aftermarket intake manifold, carb & headers – probably good for something in the 300 horsepower and 350 ft-lbs of torque range.  You won’t be able to live out your TransAm racing fantasies because its mated to automatic transmission – but it probably does fantastic standing burnouts with a two-foot gas-brake technique – hence the need for new tires mentioned by the seller. 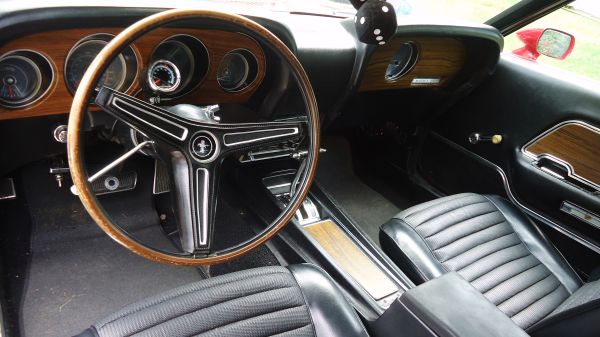 The inside is pure 1970s magic – faux woodgrain (hey – this ain’t no Mercedes!) adorns the dash and door panels and the entire interior looks to be in nice shape.  We just want to pump up the Creedence Clearwater Revival, drum on the wood steering wheel as we cruise around with the windows down on a hot summer night (no AC in this thing!). 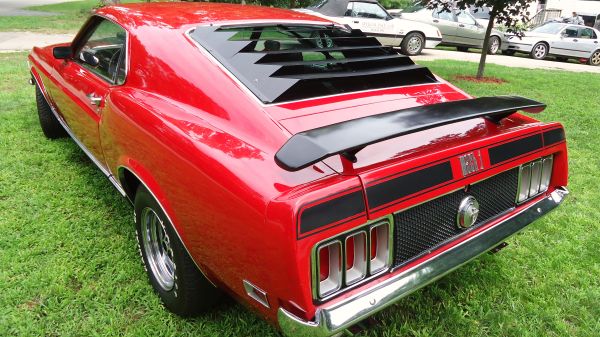 The later fastbacks (’69 and ’70) had hips like Daisy Duke and we love every bit of them, and this one still has its louvers and what looks to be a replica Boss 302 wing bolted to the trunk (we don’t think that wing came on any non Boss 302 cars…but perhaps a Mustang historian will chime up in the comments). 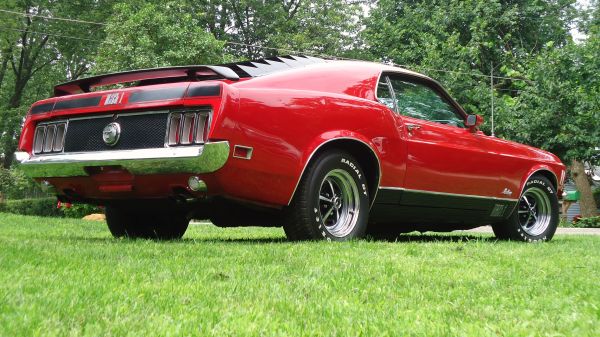 This Mach 1 still looks great and looks ready to rumble down to your favorite drive-in…but I think they stopped showing movies at those and turned most of them into swap meets – maybe an automotive swap meet if you are lucky.  This Mach 1 is a fantastic deal and won’t last at this price – most Mach 1s under $20k are buckets of rust, so act quickly.

Does this pony have a place in your garage or would you prefer to spend twice the money and get a brand new Mustang GT?  We like ours used thanks!

See another supersonic pony for sale?  Email us here:  tips@dailyturismo.com