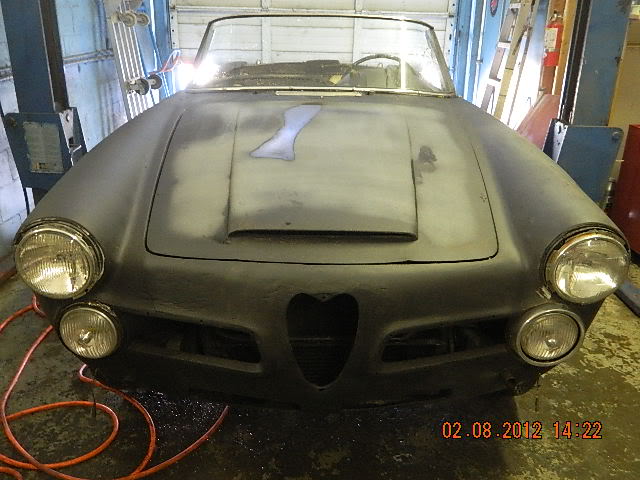 This Alfa is a bit of a project and has been abandoned by some thoughtless owner and left in a barn with chickens pooping on it.  Why people think that a ‘barn-find’ is somehow valuable is totally unknown to us.  Barns conjure up images of pitchforks, cows and pigeons, none of which are particularly good  at maintaining automobiles, we much prefer cars that run to those that have been abandoned to the tin worm…and those little worms do prefer Italian metal to just about anything else… This Alfa spider has a 2.6 liter inline 6 putting out about 145 horsepower …although this one looks like it’ll need a few thousands dollars of repair from a guy named Fat Tony who will laugh every time you ask him how much a repair is going to cost. 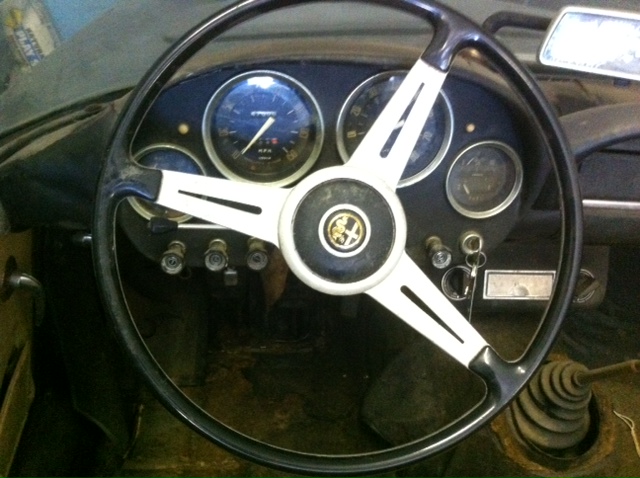 Inside isn’t much better – rust, carpets and debris remind us less of an Italian cruiser driving down the California coast and more of a derelict’s camp under the 405 freeway.  But the gauges and bits seem to mostly be there – probably nothing a thick pocketbook couldn’t restore to like new condition…. 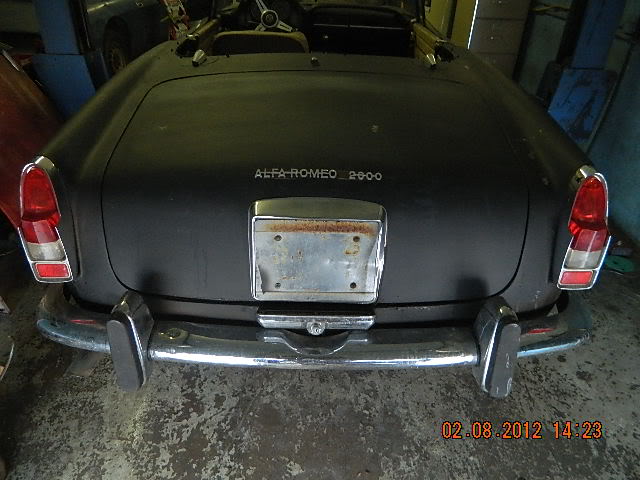 All joking aside this is a stunningly gorgeous automobile – not the ugly boats like the later Duetto spiders.  The early Alfas are beautiful, expensive, temperamental and sublime when everything works right.  But do you have the deep pockets to put your hand into this spiders lair of unknown and expesive repairs?  Don’t get bit unless you can take the antidote.

Update:  This car sold on ebay for $15,600.  We this this is a fantastic deal for a car that could look like this $54k asking price example found via Hemmings website, when restored. 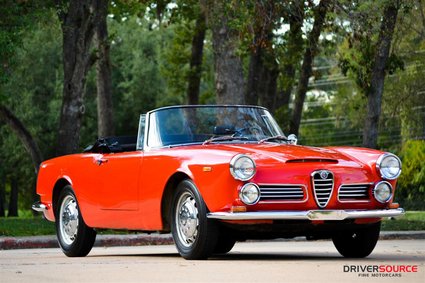 We can’t imagine that it would take $40k to make this car look this good…but who knows!?