If you are currently in the process of founding a ‘school of hard knocks,’ boy do we have the vehicle for you.  This Frankenstein’s monster is built from parts of an ’82 International chassis a 57 Chevy truck and creativity.  Regardless of its origins, it is now described as a 1957 Chevy Monster School Bus and is for sale in Eglin, TX for $16,500 buy-it-now on ebay with 3 days to go.  Big thanks to tip from DT stalwart Scot C. 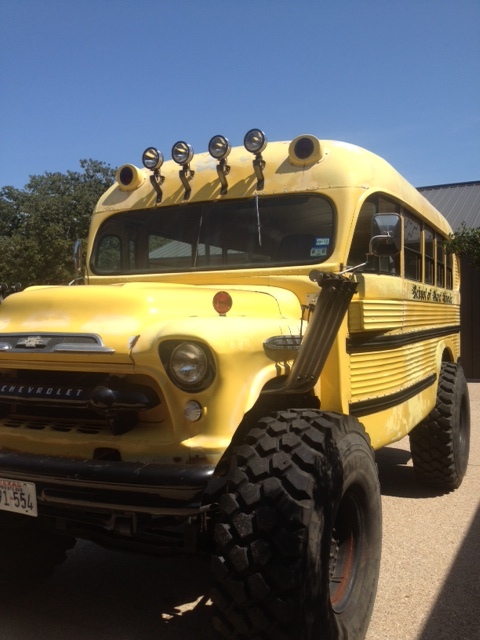 What started life as a simple short bus is now a monster open-pipe knobby tired monstrosity.  This thing is mostly a 1982 International Harvestor S-Series Schoolmaster school bus and still uses the original 345 cubic inch International SV Commanche engine.  It has however been equipped with death-pipes or what the seller calls a flamethrower exhaust…but they are your basic straight pipes and make enough noise to get all the kids awake and running to catch the bus from a mile away. 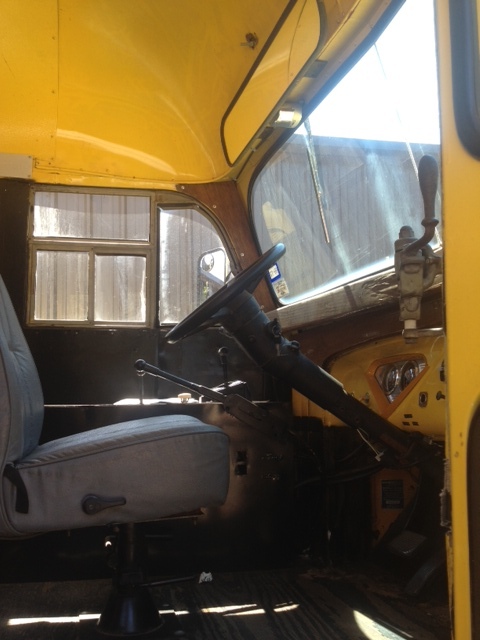 Inside there is seating for 16 adults of 24 children…but we aren’t sure we could find parents who would allow their precious children to ride in something with big mudder 16×20 Michelin tires and rear steer — the handle to the left of the driver operates hydraulics that will allow this thing to turn on a dime quarter mile and get ready for the next jump over a bunch of wrecked cars. 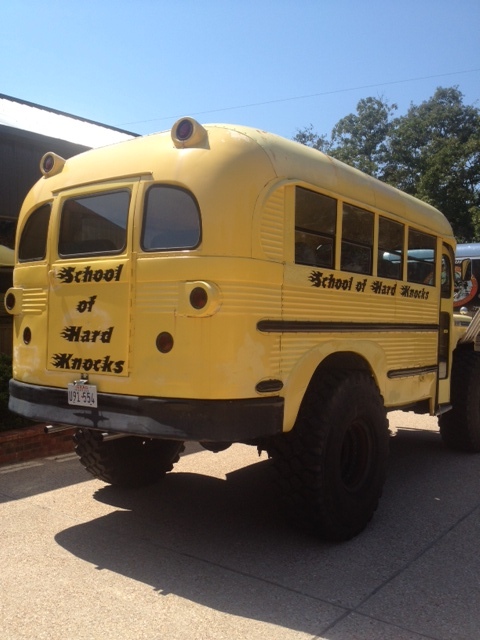 To sum up the experience of driving a monster school bus, it really can’t be any clearer than the exact words from the seller…which we will paste here:

Top speed is 50-55 and you need to keep your wits about you.  If the
road isn’t smooth it can move you around a bit due to the relatively
light weight bus (as compared to significantly heavier military
vehicles) on the large and massive military tires.  I drove down the
highway and through downtown to cruise in the Lone Star Round Up action
in Austin (see video link) and I didn’t have an issue. But again, I
needed to stay focused.  Also, these are a regular power brakes and not
air brakes.  It will certainly stop the bus, but again, you need to stay
focused if you are at high speed due to the rolling mass of those large
wheels/tires.

Starting a school of hard knocks that has a driveway of large rocks?  email us here: tips@dailyturismo.com