We found another winner from the guys at MotoExotica – this time a 1955 Buick Century Riviera 2 door non-post hardtop previously owned by drag racing legend Don Prudhomme (one of the winningest drivers in NHRA history before switching to Funny Cars).  It is located in Fenton, MO and can be found on ebay currently bidding at $12,322 reserve-not-met with 2 days to go. 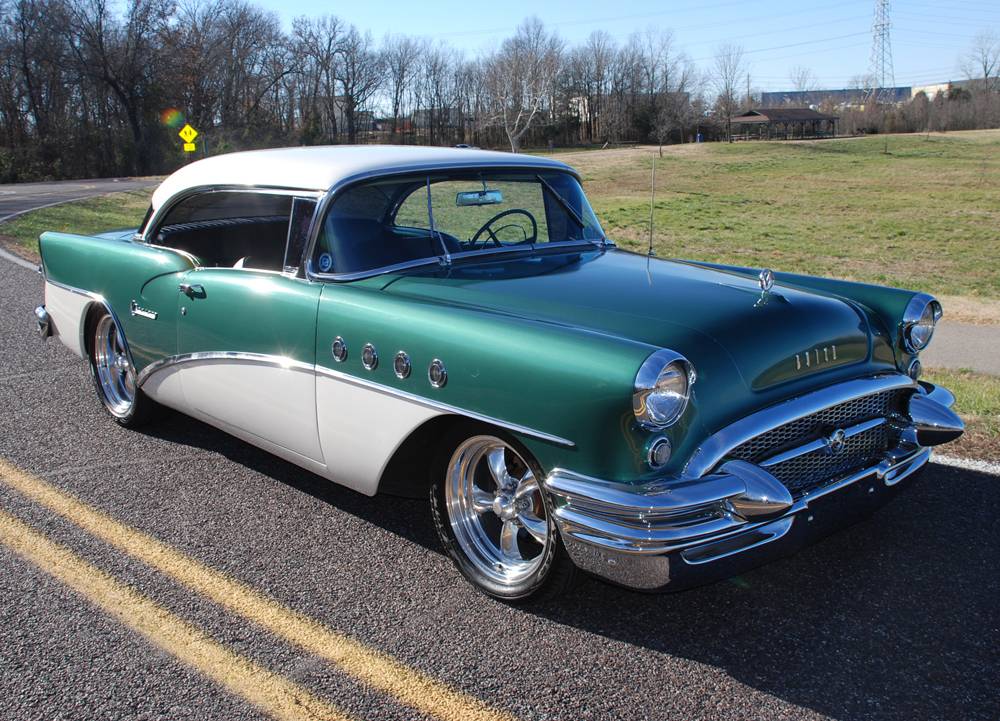 Mr. Prudhomme is of French-Creole descent and actually made money in drag racing making him one of a rare few folks who made it in motorsports both in-the-black and actually black.  Clearly this 1955 Buick benefited from the green earned at the track and has been thoroughly restored and lightly customized.  The original spruce green body and white roof/lowers were resprayed some years ago and now looks nicer than when it rolled out of the factory. 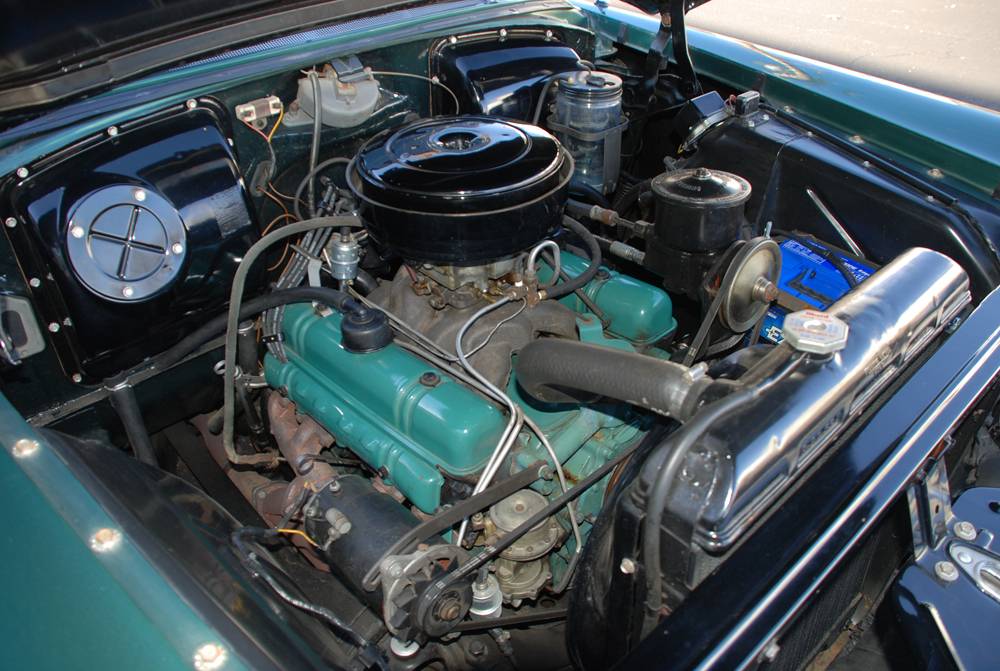 This coupe has a 322 cubic inch (5.3 liter) V8 that has been rebuilt to what looks (from the outside) to factory specs (although its not clear in the ad if this is a numbers matching engine or just the correct engine from another car).  The Nailhead V8 (named because its valves were so small they were compared to upside down nails by hot rodders in the day) put out 255 SAE gross horsepower when new and is mated to an automatic transmission. 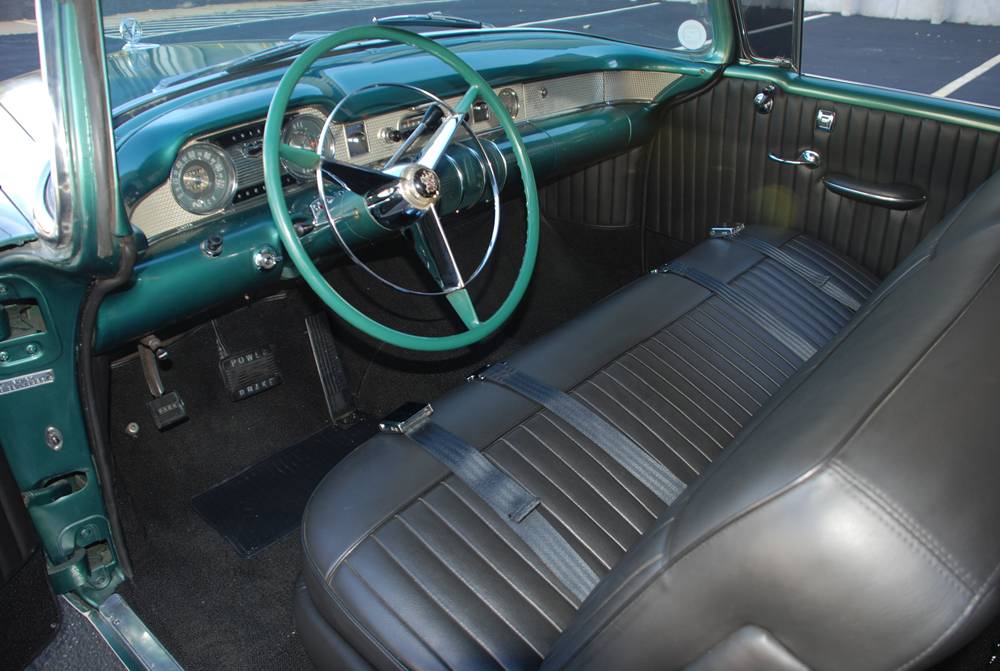 The inside of this Buick has been thoroughly restored and gives a good idea of what 1955 may have been like.  We can just imagine it now… our bee-hive hair-doo’d (doo-ed not dude) wives putting our lunch in a metal lunchbox, accusing our neighbors of being Commies for not properly mowing their lawns, never wearing a seat belt…etc. 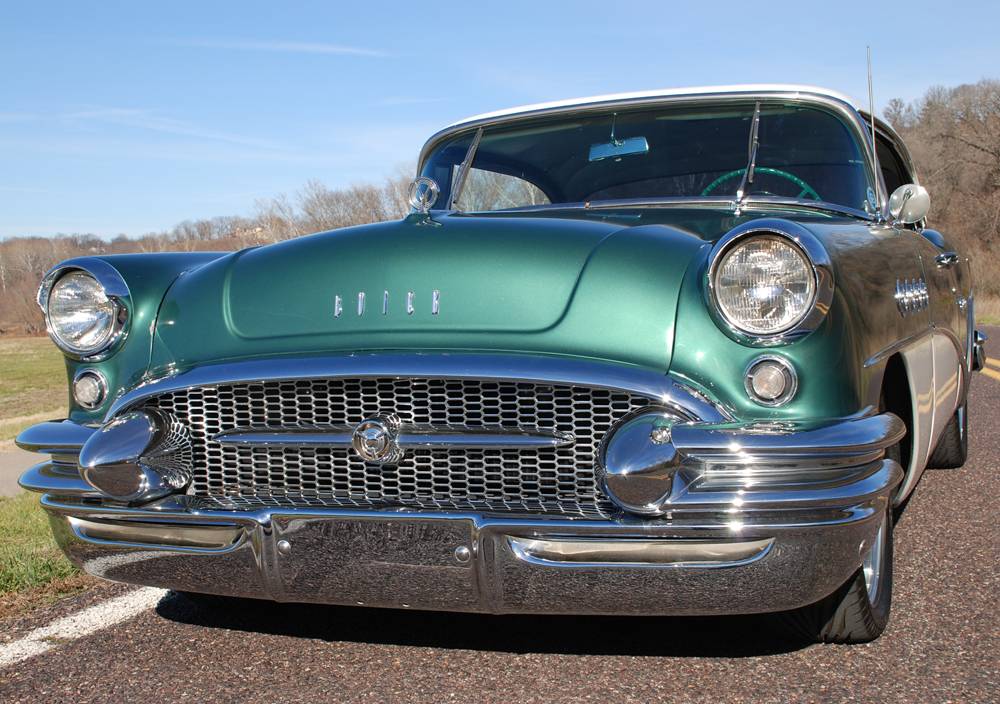 Clearly this was built before global warming caused chrome to be a rare material…or maybe the 750,000 chrome grills they built in 1955 alone caused this issue.  In 1955 Buick was the third largest auto manufacturer (by brand), just behind Ford and Chevrolet. 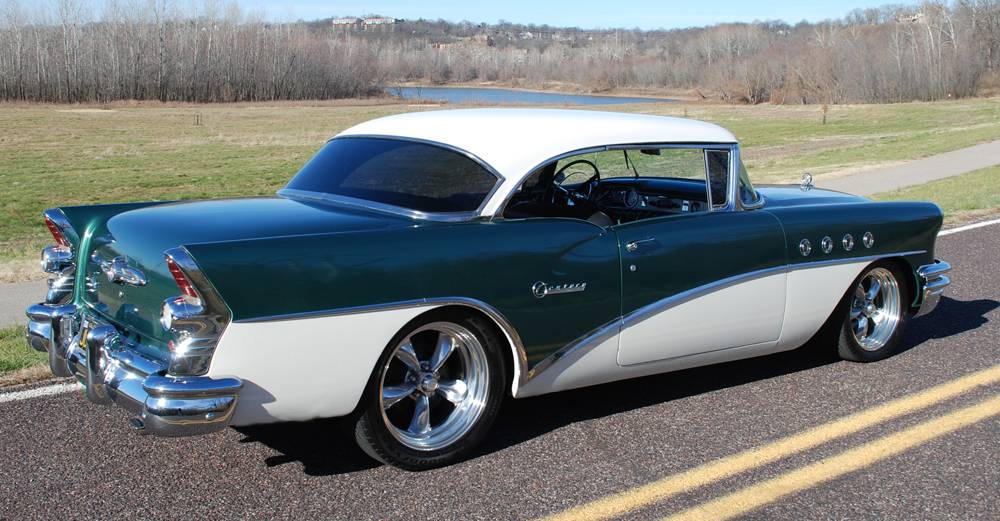 This Buick is riding on 18″ front, 20″ rear Torque Thrust wheels and has been lowered 2″ all around.  It looks good, not too crazy, just the right amount of modification to drive around without looking like a total goon.  If the reserve is anywhere near the current bidding, we give this car a strong buy.