The Hudson Hornet is probably better known as Doc from the recent Cars movie, but before his voice was portrayed by the actor turned race car driver Paul Newman, the Hornet was a ’50s NASCAR icon. We found this 1954 Hudson Hornet on autotraderclassics.com website for $12,900 asking, located in Freeport, ME. 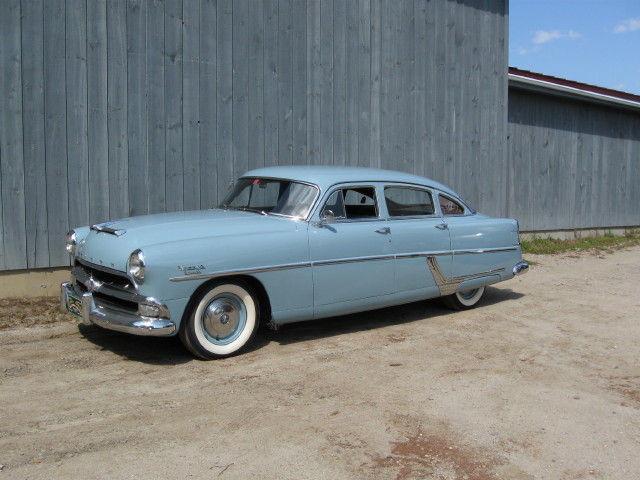 This 4-door Hornet still maintains the mid ’50s design optimism that we love about classic American iron.  It isn’t a collection of marketing responses dulled down into something that the lowest common denominator  will buy (see any current American sedan offerings for instance) – but it is low, curvy and looks fast standing still. 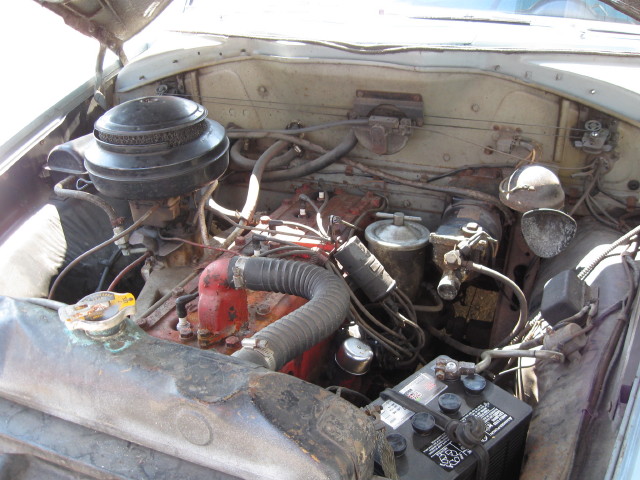 Automakers in the ’50s were still getting their feet wet when it came to building reliable and long lasting engines, but the 5.0 liter inline 6 in the Hornet is big low revving lump that pushes out 160 horsepower and 275 ft-lbs of torque.  The Hornet’s engine is like a sledgehammer in a knife fight and dominated NASCAR racing for a few years before the Hudson company was merged into oblivion and NASCAR race cars started to be anything but stock. 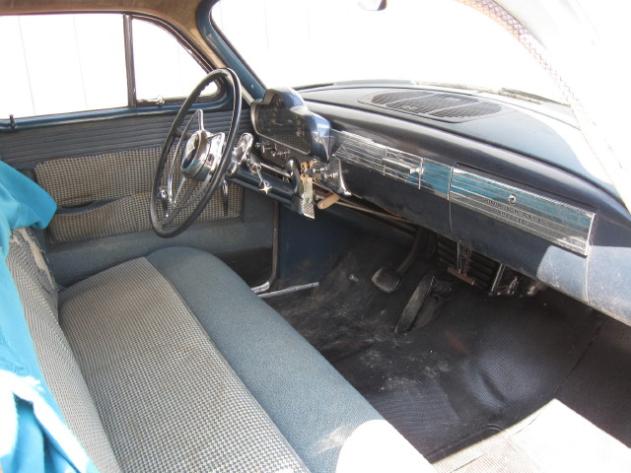 The Hornet used a unique “step-down” chassis that was still body-on-frame, but the frame rails were outside the passenger compartment, such that you would ‘step down’ into the Hornet’s interior – this allowed the Hornet’s CG to be low and the roofline to almost look factory chopped compared to its GM/Ford/Chrysler competition.  Interior of this Hornet looks to have been stung from time to time, but for the price at least it doesn’t look to be missing anything major. 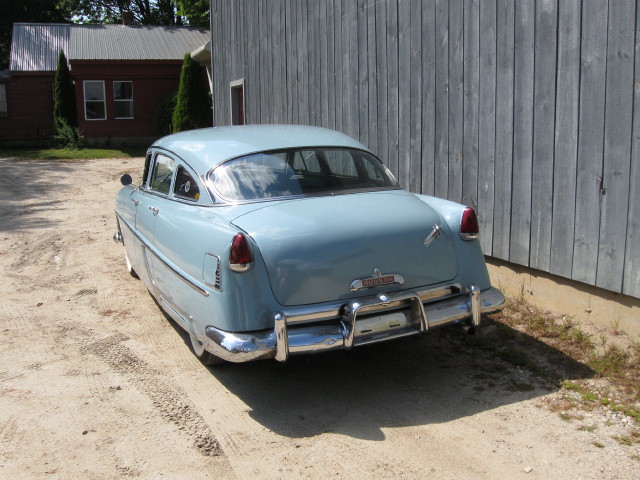 The rear view of the Hornet (even in 4 door trim) has got to be one of its best assets – the rear c-pillar window and sloping rear glass are very dramatic.  It’s also got some stubby tail fins that we think look good, but not garish like a Cadillac.  Overall – this looks to be a lot of American steel for a fair price.

See another of Lightning McQueen’s buddies for sale?  email us here: tips@dailyturismo.com