Early ’50s American cars may never be as popular as their mid- to late-50’s successors. The automotive landscape at the beginning of the Atomic decade was punctuated with tall, upright and slab-sided cars that had definitely evolved from pre-war cars with their “pontoon” fenders, but hadn’t quite reached their final form. This period was kind of the automotive equivalent of the awkward adolescent years – when you hadn’t quite grown into your new bigger self yet, and didn’t have the self confidence of the cool older kids either. This car is one of these transition designs, a ’53 Ford wagon that manages to be cool despite the fact that it isn’t long, low and wide like the cars that came after it. We think it’s the perfect vintage road trip or surf mobile. Find it here on ebay for $15,990 Buy it Now (or make an offer) in Costa Mesa, CA. 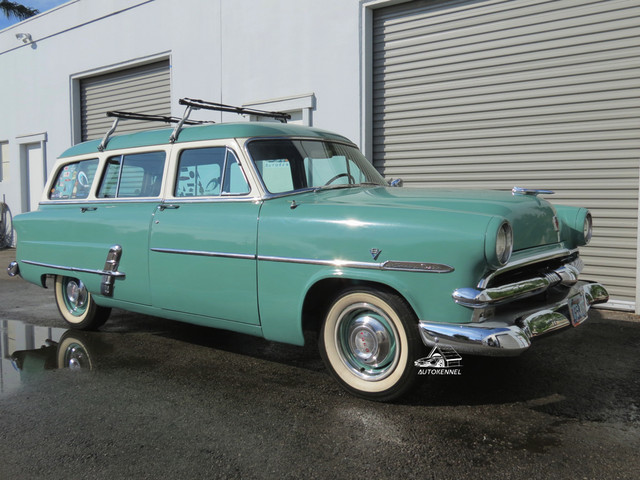 This “Country Sedan” station wagon went through a mild restoration about 10 years ago according to the dealer that is selling it on consignment. Paint, bodywork, and interior were redone at that time and the engine was rebuilt. We think it looks like a great driver-quality car for relaxed cruising and casual car shows. 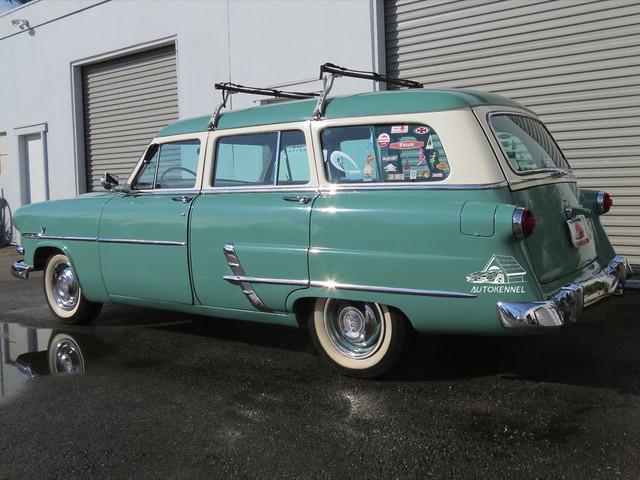 From the rear 3/4 view, this wagon definitely has an ambulance vibe to it – compare the tall and bulbous roof to the low profile of a ’57 Ford wagon and you’ll see what we mean. But there’s a certain charm here, with the turquoise and off-white two tone paint job, spearlike stainless side trim, surf racks, bullet taillights and whitewalls. A man could certainly wear his hat comfortably while in command of this machine. 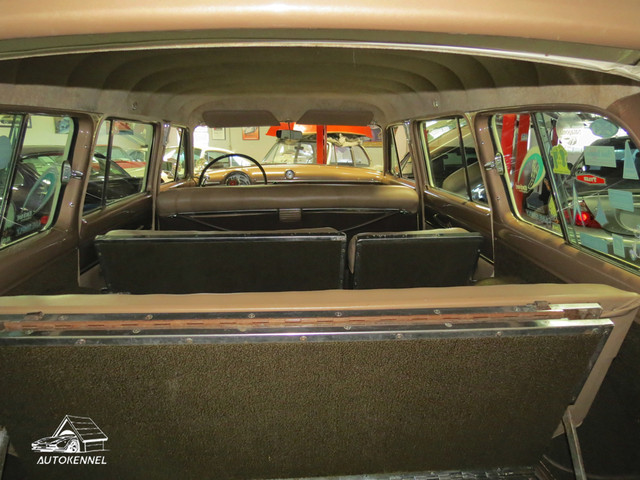 Inside there are three rows of seats like in a modern crossover and most larger SUVs, and the floor of the rear cargo compartment lifts up to reveal a space-saving cubbyhole. Seats have been redone in brown & beige vinyl or Naugahyde, and lap belts have been added in a nod towards safety. We’ve still never seen a Nauga in the wild; they seem elusive and we can’t imagine they are easy to skin – although their hides seem to be cheap and plentiful – what gives? 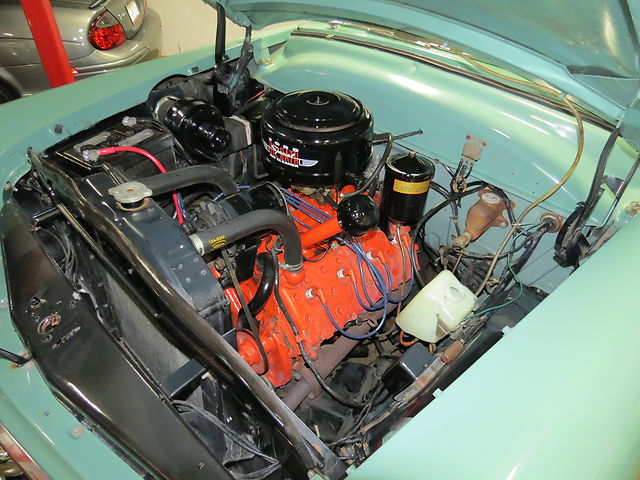 Under the hood of the Country Sedan lies the good old Ford “Flathead” V8, which was on its deathbead by 1953, its final year of production in the US. These engines were the source of cheap plentiful power for a 20 year period between the ’30s and ’50s, until the much more efficient overhead valve V8s debuted, the most successful being Chevy’s small block. But the Flathead exhaust note has a distinctive rumble due to its firing order and the fact that the center exhaust ports on each bank of cylinders are siamesed, meaning 8 cylinders have to breathe through 6 primary pipes. Flatheads are enjoying a renaissance period now, and parts are becoming common again, although they will not be able to make anywhere near the specific power of an OHV engine…expect about 200hp max from 239 cubic inches (3.9 liters) unless you add forced induction. At least it’s got a “3 on the tree” column mounted manual shifter to keep the driver occupied! 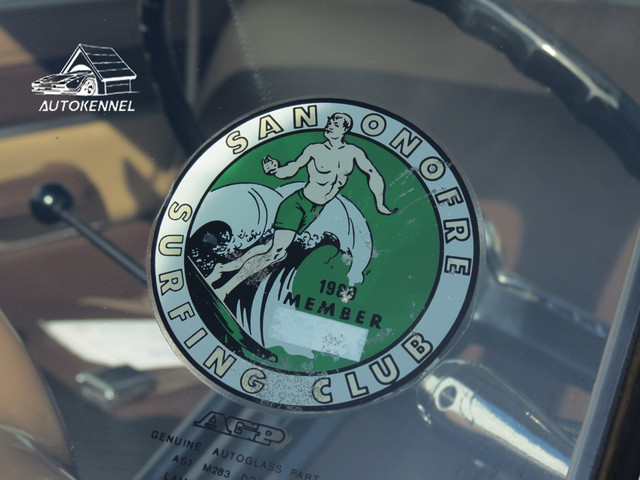 One aspect of this wagon that the new owner will either love or hate is the plethora of surf-related stickers on the windows, which seems to be a mix of both genuine vintage originals and modern retro designs. Our favorite is the San Onofre Surfing Club sticker above because of the surfer’s stance – is this guy catching a wave, or looking for a tango partner on the open seas? He doesn’t seem so sure himself. Whatever you do, watch out for the grasp of his hooklike left appendage – it looks like it’s ready to cup something!