The DeLorean  DMC-12 was a gull-wing equipped sportscar with a fiberglass monocoque covered by cosmetic stainless steel panels.  The DMC-12 was designed by Giorgetto Giugiaro of Ital Design and was powered by a mid mounted V6, a recipe that sounded great on paper, but once assembled in Northern Ireland and powered by the PRV V6; it was a disappointment to say the least.  Find this 1981 Delorean DMC-12 With a 570HP Twin Turbo Buick V6 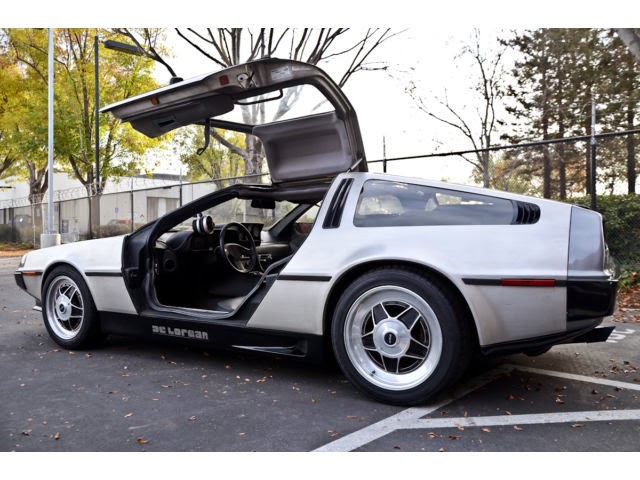 The DMC-12 (simply called the DeLorean by most folks) is somewhat disappointing in stock configuration, the 2.9 liter PRV (Peugeot Renault Volvo) V6 was only rated at 130 horsepower for US customers.  Road and Track clocked 0-60mph in 10.5 seconds, roughly on par with a new Toyota Prius.  Delorean fanboys will say it was fine for the era, but it wasn’t; for comparison a 1983 Toyota Cressida also clocks in a 10.5 sec 0-60mph. 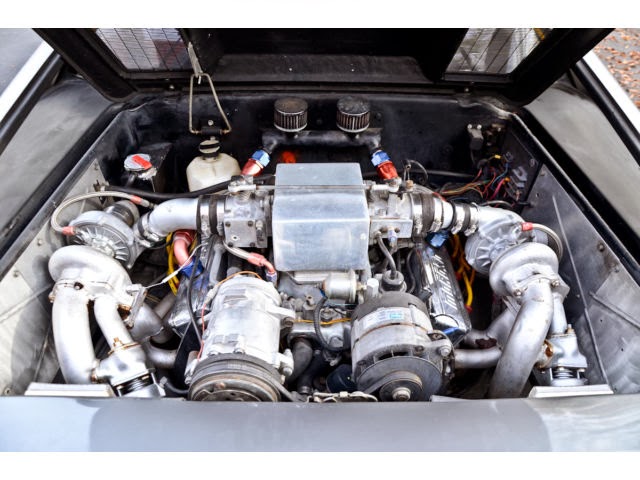 A peek under the hood of this one and you might think you see a Mr Fusion, but it is a long way from the original V6 under the hood.  This is a twin turbo 265 cubic inch Buick V6 that has been modified to produce a tire smoking 707 horsepower at maximum boost, but is currently derated to 570 horsepower for longevity and fuel quality reasons. The addition of a large dinner plate tachometer is a bit tacky, but with this much boost behind you it might be nice to know if the rear tires are still playing nice with the pavement. 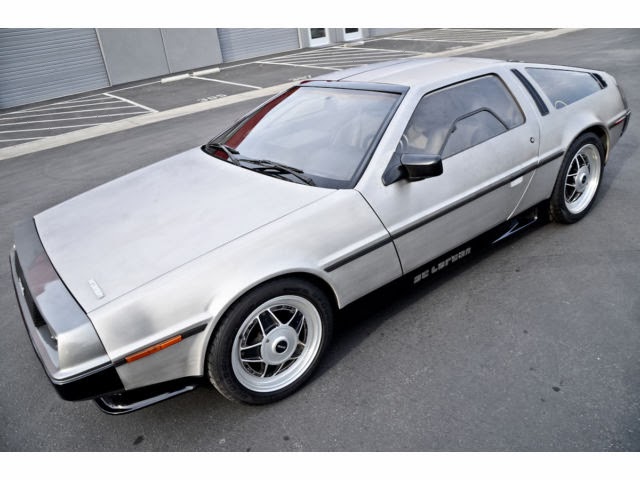