Ford beat Dodge (and Chebby) to the full sized performance pickup game with the 1999 release of the F-150 Lightning (there was an earlier Lightning, but it wasn’t that fast all things considered) and the nuts at Chrysler’s SRT (Street & Racing Technology) division realized that they needed to compete.  So the engineers who built the original Viper and Prowler did the only logical thing and shoved a 8.3 liter Viper V10 into a full sized pickup. Find this 2004 Dodge Ram SRT-10 offered for $16,500 in Bloomington, IL via craigslist.  Tip from FuelTruck. 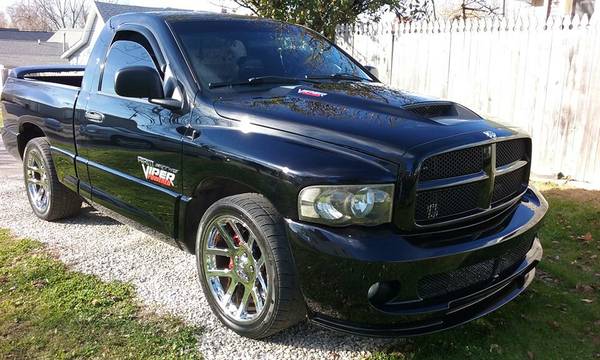 Here’s the thing you’ve got to know before you start to judge the Ram SRT-10 and its creators.  The SRT (previously Specialty Vehicle Engineering (SVE) or Performance Vehicle Operations (PVO)) engineers are a dedicated bunch and do everything with 110% effort.  If an SRT team member got a buy-on-get-one free coupon for a Carl’s Jr 1/2 lb ThickBurger extra large value meal, he isn’t going to save the 2nd burger/meal for later, or share it with a friend…no, he is going to eat nearly 4,000 calories and 212 grams of fat in one sitting because that is the kind of dedication it takes to produce the world’s fastest pickup truck.  Not one of the fastest, or fastest for the year…but Guinness World Record holding, straight up 155 mph fastest.  Expect zero to 60 mph to take 4.9 seconds, and the 1/4 mile 13.6 seconds, which is roughly on par with a 2004 Subaru WRX STi.  The Ram SRT-10 isn’t just fast for a pickup, it is legitimately fast. 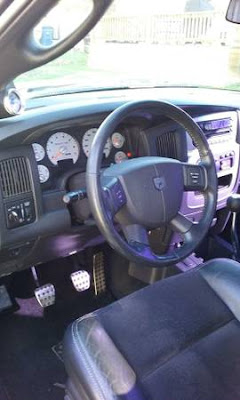 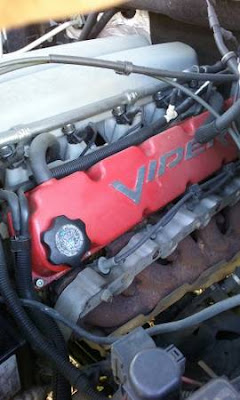 Dodge didn’t simply build a faster gussied-up option of their Ram pickup, they really went nuts.  The engine is the 500 cubic inch (8.3 liter) V10 borrowed from the Viper that makes 500 horsepower and 525 ft-lbs of torque.  Power heads to a Tremec 6-speed manual gearbox (the QuadCab version was available with a slushbox) and to a Dana 60 axle out back. 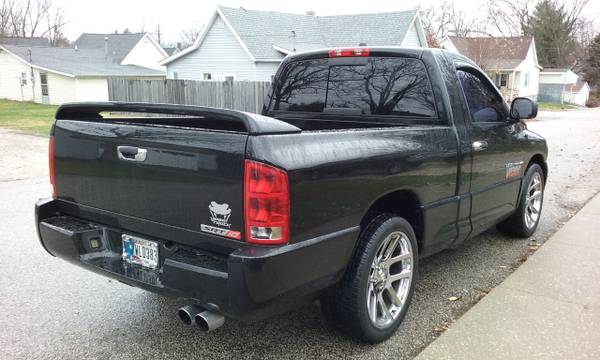 Can you afford the tires and gas?  See a better way to haul and haul? tips@dailyturismo.com