There has been a deluge of keg powered cars around here, so I figure why not continue that flood by posting a 13B powered Porsche 914.  Not only does this car have a spinning rotor (or two) tucked behind the driver, but it wears an outlandish body kit that makes it look like a red Batmobile.  Find this 1970 Porsche 914 offered for $14,500 in Franklin, NC via craigslist.  Tip from PB. 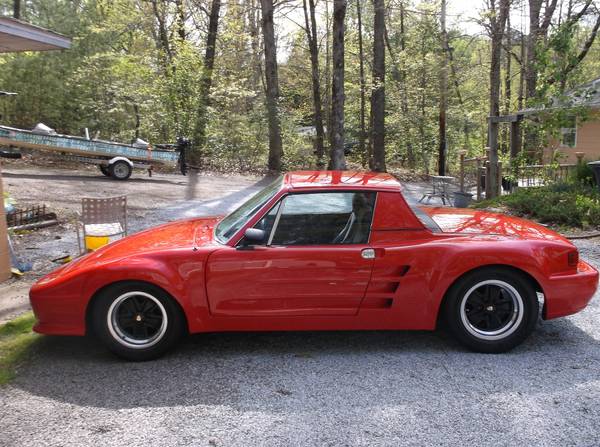 The Porsche 914 was developed as a joint project between Volkswagen and Porsche, but ended up with a Porsche badge for the US market.   It was sold with various flat-4 and flat-6 engines from 1969 through 1976, cementing its place as the best mid-engine Porsche in history…at least until the Boxster came out. 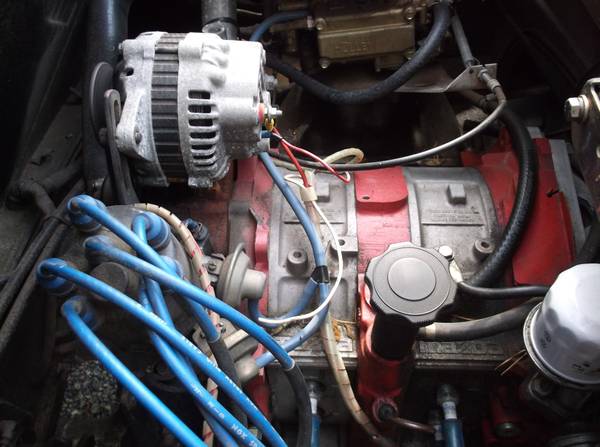 This 914 has had its 80ish horsepower air cooled flat-4 tossed in favor of a 13B rotary from some 80s Mazda.  The spinning demon has been ported and massaged to develop 250 horsepower — expect it to sound like an swarm of killer bees who have been snorting honey laced with methamphetamine. 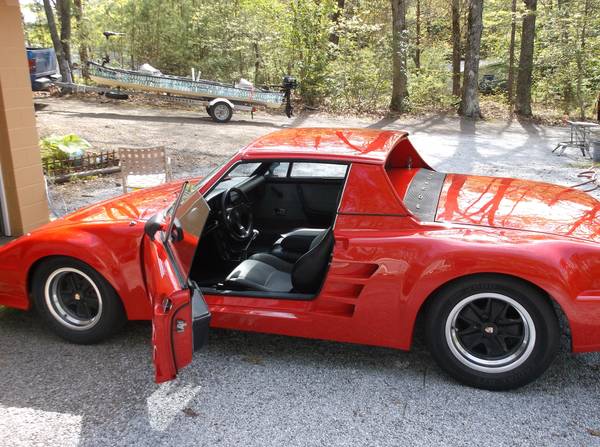