The original Datsun 510 Bluebird was sold in the US market from 1968 through 1973 on a well engineered compact unibody platform that used MacPherson strut suspension up from and semi-trailing arms out back.  Power came from a SOHC 4-banger that was basically Nissan’s 240Z engine with two cylinders lopped off, but today’s 510 is powered by one of those spinning cam-less/piston-less freaks of nature from Mazda.  Find this 1972 Datsun 510 with Mazda 13B offered for $12,000 in Los Angeles, CA via craigslist. 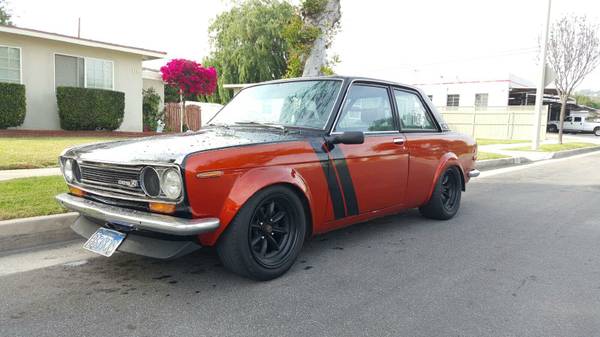 This is not your father’s Datsun…but it was the seller’s, who writes: Got this for my dad and it’s a little too much for him so it’s up forsale or trade.  Wow — for Father’s day my kids just give me some crappy art projects they slapped together between recess and lunch — this kid gets his dad a 510!! 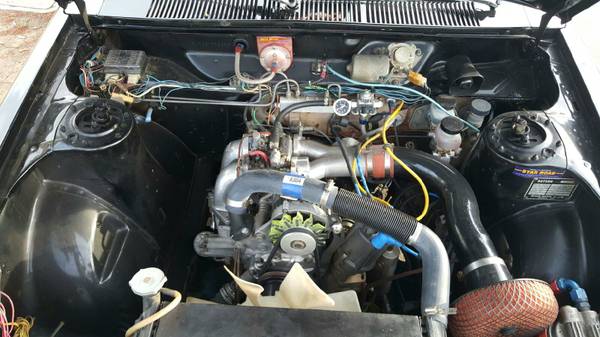 Under the hood is a Mazda 13B two-rotor rotary that makes something like 135 horsepower when stock, but this one looks modified and could make more power depending on the state of its guts.  We’d swap in a stock fan shroud and revert to original wheels I’d hoon this thing as is until the engine pops and then sell it for a major loss. 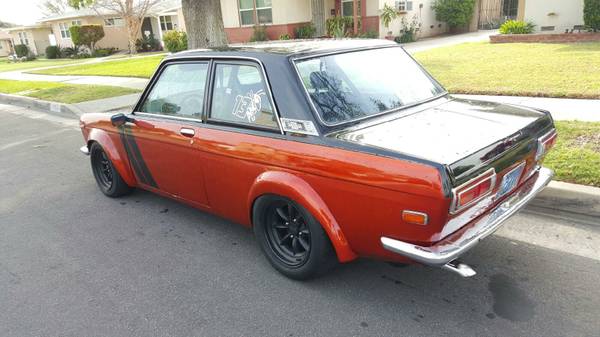 See another car that combines the best of classic Datsun looks with classic Mazda power? tips@dailyturismo.com

What Am I? Name That Plate Auction Watch: 1971 Mazda RX-2 Capella