In 1995 Nissan recycled the 200SX badge (previously used on the rear-drive S12 Silvia) for a 2-door version of the B14 Sentra that was known as the Lucino in Japan. The 200SX was available in Base/SE trim with a 1.6 liter GA16DE, or SE-R with the 2.0 liter SR20DE — both with 5-speed manual gearbox mated to the front with viscous LSD in the SE-R version — a decently sporty proposition in the mid 90s.  Times change, so this next 200SX has been given an injection of speed with a few bolt on parts and can run 12.7 seconds in the 1/4 mile.  Zoom zoom indeed.  Find this 1998 Nissan 200SX offered for $2,500 in Norwalk, CT via craigslist. Tip from Cory. 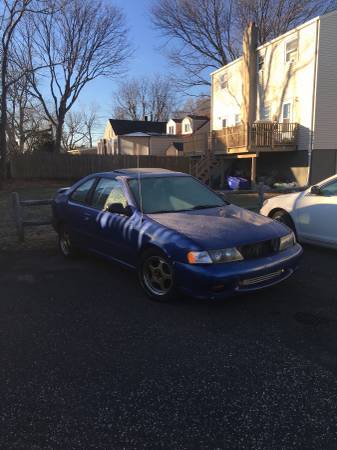 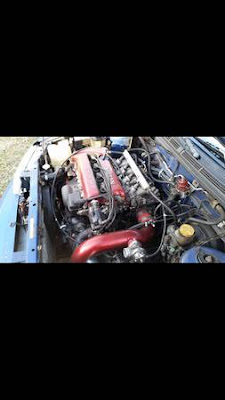 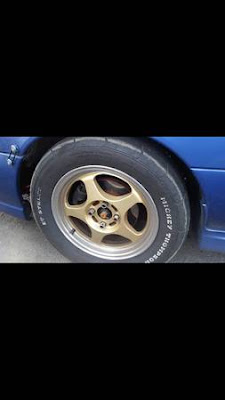 Under the hood is a thoroughly massaged SR20DET 4-cylinder engine from a Nissan Avenir (a wagon version of the minivan-esque Nissan Prairie/Axxess) that is running 16 psi of boost from a Garrett GT2860RS “Disco Potato.”  Even with 300+ horsepower on tap, it would be almost impossible to get a front drive street car into the 12s, but this one has a set of sticky Mickey Thompson drag radials that should drop the 60ft times to something reasonable.  It is far from perfect, (good luck if you live in a place that does emissions equipment or tailpipe smog tests) but the asking price makes it a pretty cheap way to go fast. 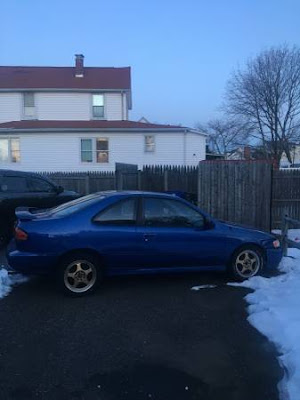 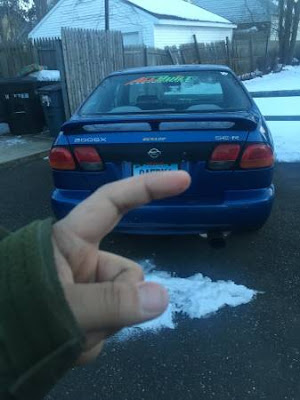 See a more affordable way to get into the 12 second range?  tips@dailyturismo.com