Mercury’s Cyclone badge started life as a performance 2-door option on the original Comet, back when the Comet was a compact Falcon-based sedan.  As the Comet grew in size, so did the Cyclone, and by 1968 the Cyclone was its own thing — based on the Ford Fairlane.  In 1970, when the Torino name superseded the Fairlane, the Cyclone was a sporty two-door version of Mercury’s Montego, which was based on the intermediated size Torino, but used most of its own sheet metal.  Confused…don’t be…just take a look at that front grill and embrace the madness. Find this 1970 Mercury Cyclone GT

currently bidding for$11,500 reserve-not-met with 3 days to go, located in Neptune, NJ via eBay. 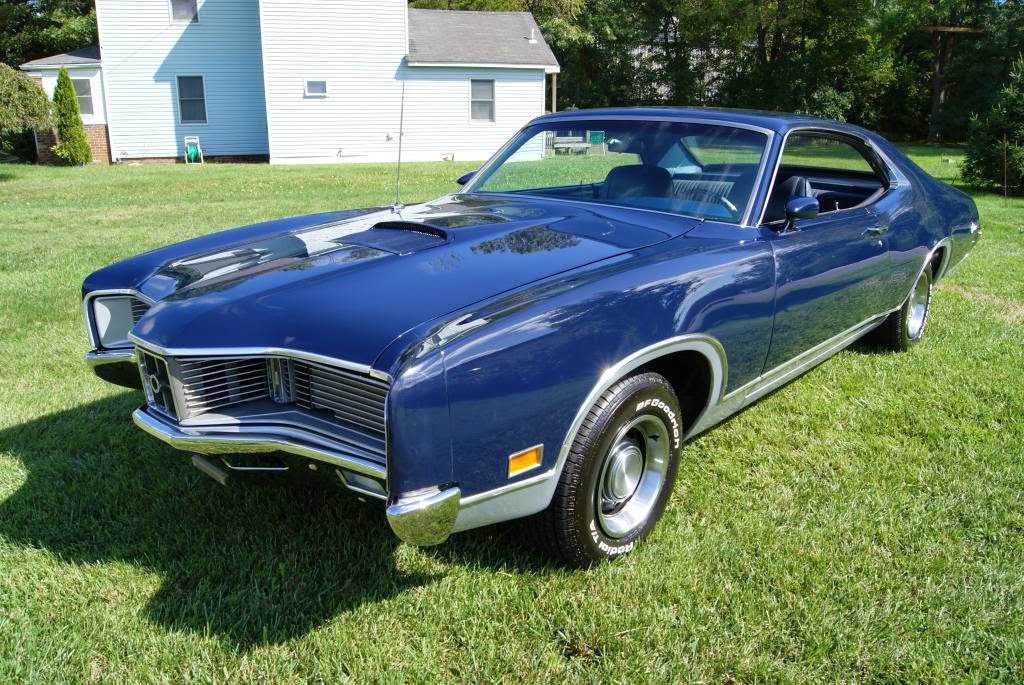 To say that the Cyclone has a beak is an extreme understatement. It is like saying that Barbara Streisand has a big nose, Weird Al has curly hair, or that Hitler had a mustache.  The Cyclone’s rostrum is more than just a design feature, it defines the car.  It is the bomp in the bomp bah bomp bah bomp, the ram in the ram-a-lamb a ding dong..et cetera.  Let’s get a better look. 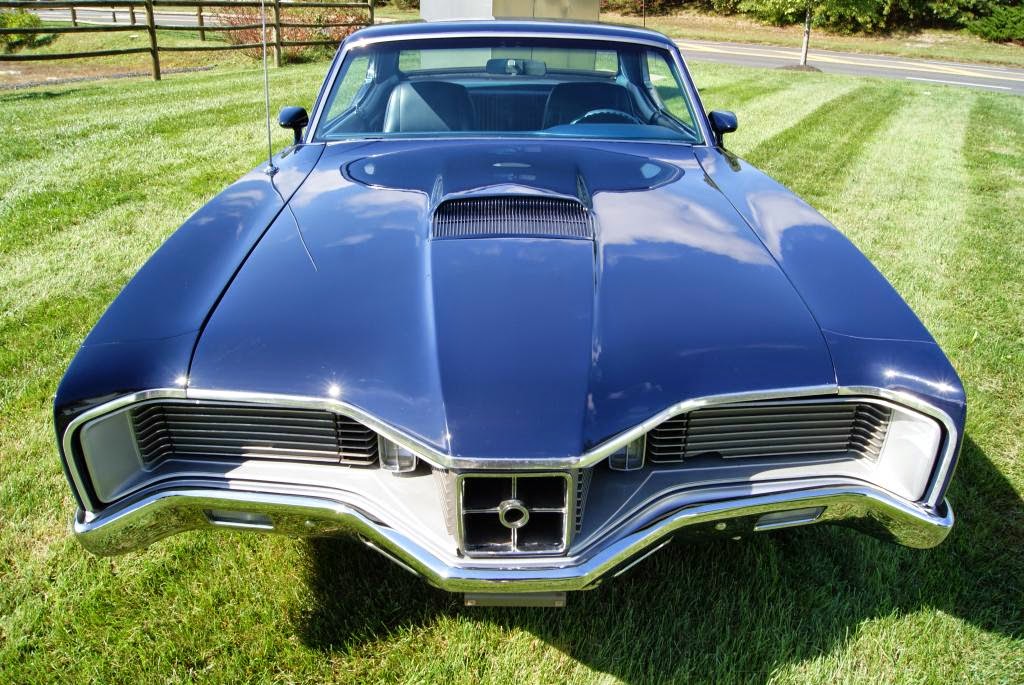 Huzzah!!   5 mph impact safety?  Ha! A 1 mph impact with a bicyclist will cause $1k of damage to the cyclopstril thing in the middle.  Pedestrian safety?  Ha!  If you are lucky enough to avoid the pointy center, you’ll be pulling your teeth out of the flip-up headlamp covers for weeks.  This car will kill, maim, and bedazzle all others into submission. Even Zod bows down before this thing! 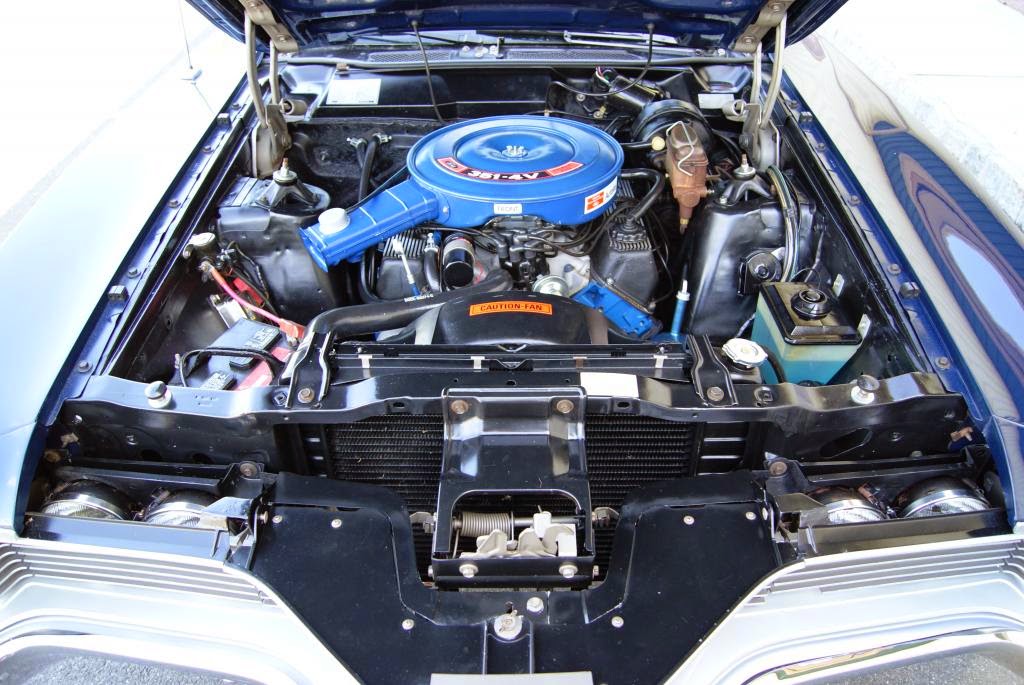 Pop up the faux-scoop adorned hood (good grief, those hood springs must be surplus from a suspension bridge) and check out the 351 cubic inch V8 inside. This 4-barrel fed beast is good for 260 SAE net (300 gross) horsepower and before you start bitching about how the Windsor isn’t as cool as the 429 — take a look on the inside…. 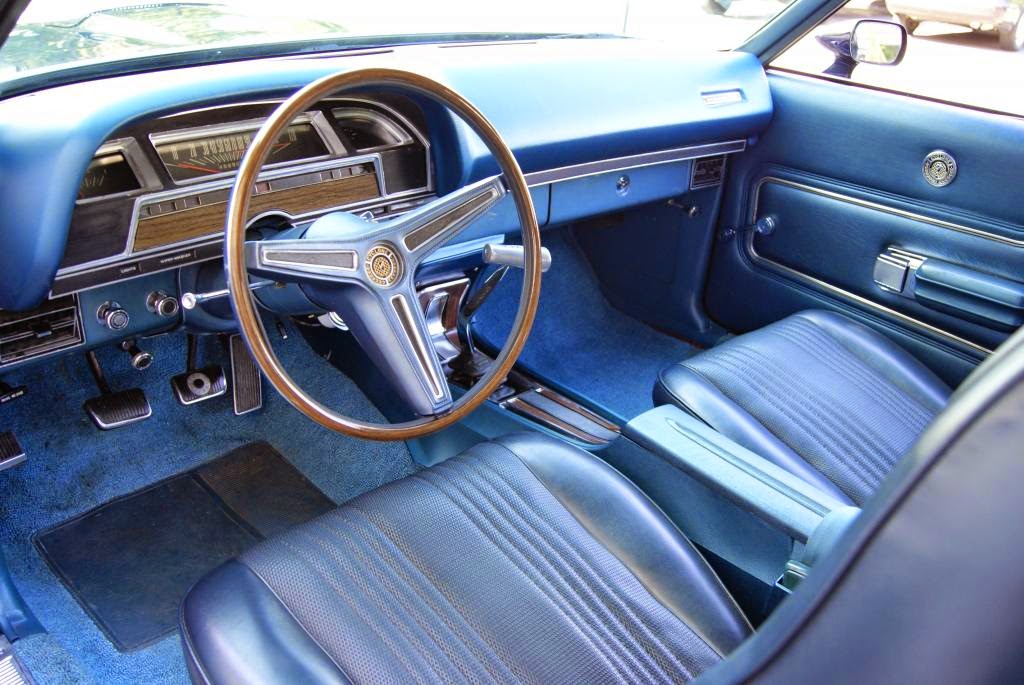 An intermediate sized Mercury equipped with a 4 on the floor…now I’ve seen everything!!  Forget the CobraJet, that little 4 speed is going to up the fun factor on this boat from the Queen Mary to the Bismarck. If you still want the 429 — JUST LOOK AT THE NOSE!! 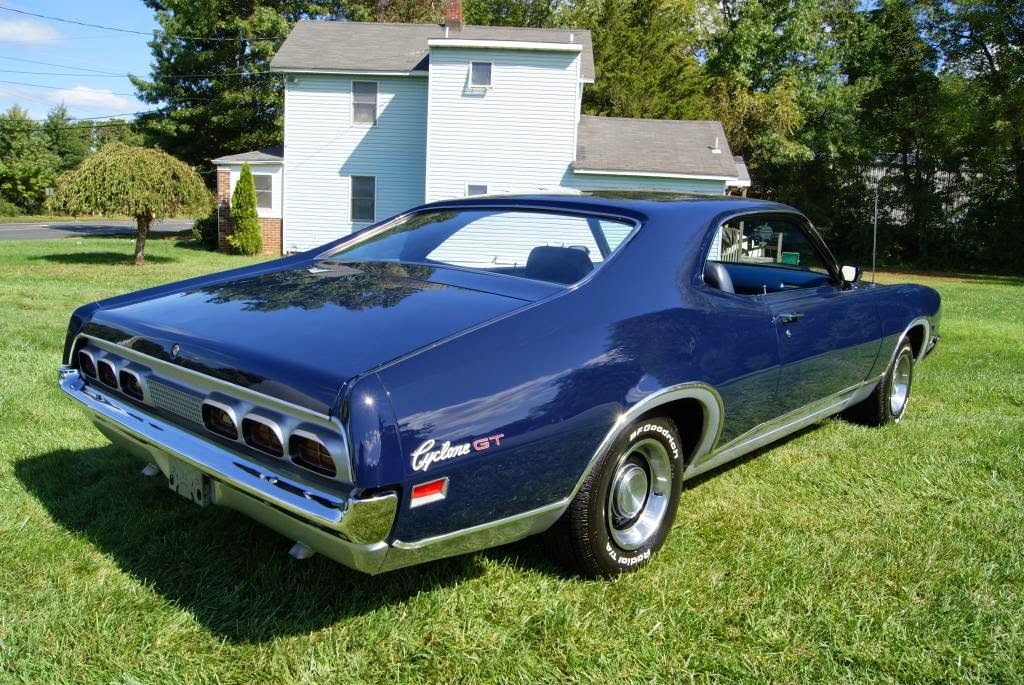 Don’t get blown away by this twister.  tips@dailyturismo.com