The Honda Prelude should be considered one of the ultimate Japanese pony cars for a few reasons.  First, it cribbed the classic pony car formula: take a standard family car chassis, add dramatic long-hood coupe styling and give it more power, but keep most of the mechanical parts the same.  Second, Honda didn’t have a Falcon chassis to turn into a Mustang, so they used the Accord sedan bits to build a very competent and fun pony car.  Find this 2001 Honda Prelude

with only 26k miles on the odometer for sale in Scottsdale, AZ currently bidding for $8,600 reserve-not-met with one day to go. 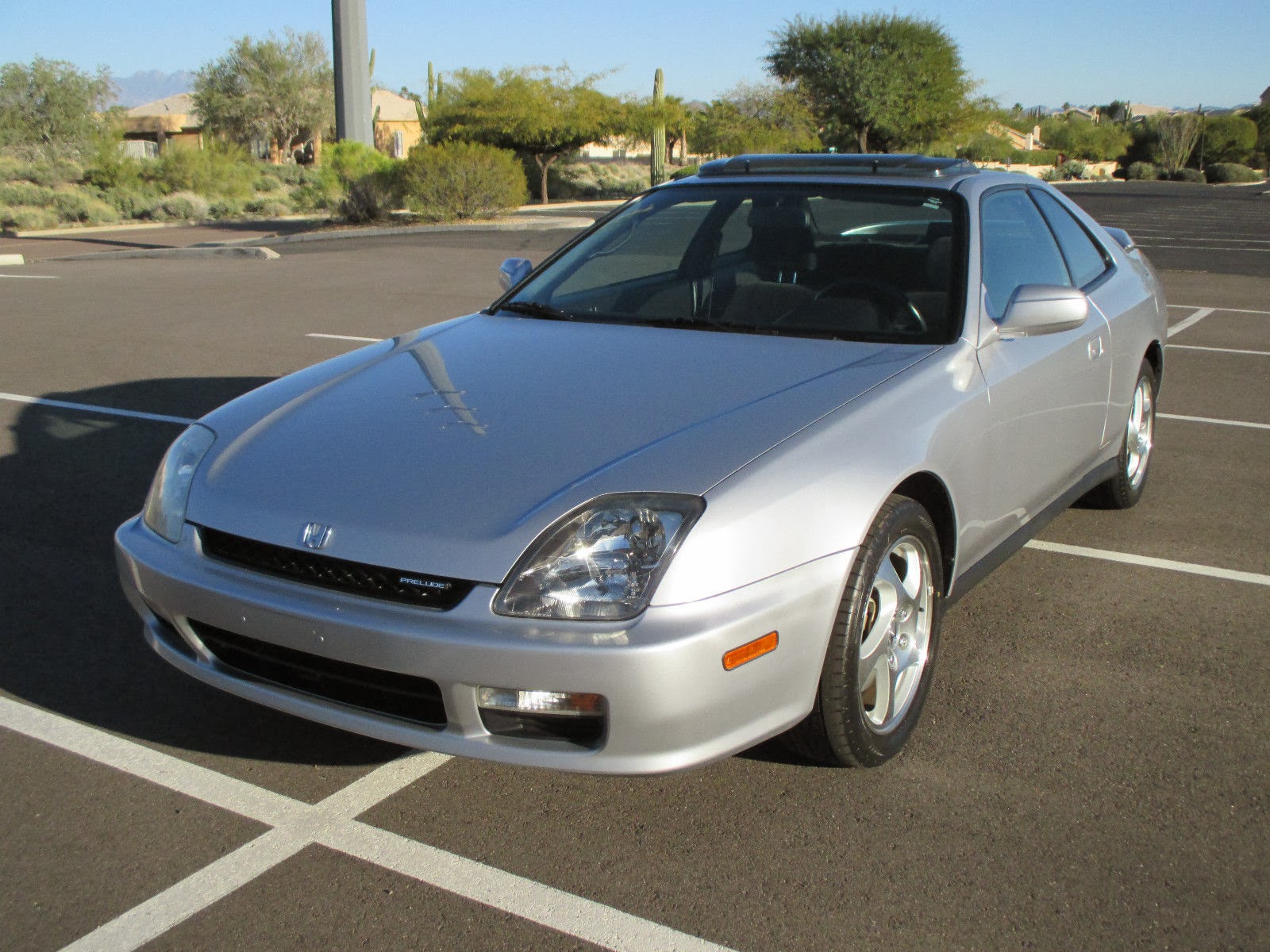 The Honda Prelude was a good looking, reliable and nimble alternative to coupes like the Mustang, Camaro and Celica, but it was discontinued in 2001.  Don’t fret because it wasn’t canceled, it was moved upmarket into the Acura brand, Valmorphanized with the Integra and then renamed the RSX. 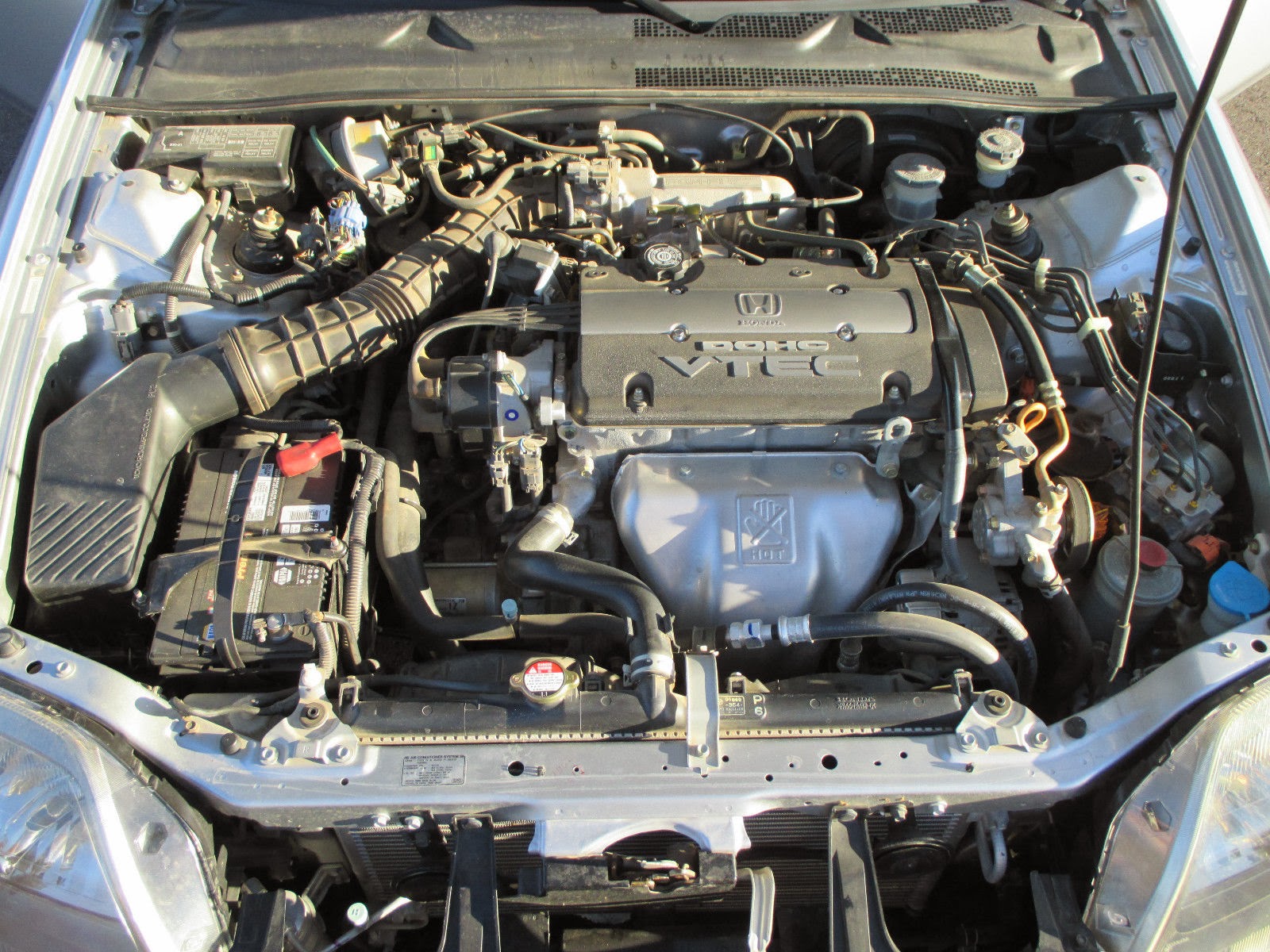 By the release of the 5th generation Prelude in 1997 the differentiation
in power between base, Si and VTEC models was gone, and all 5th gen
Preludes were powered by the peppy 2.2 liter H22 dual-overhead-cam inline four.  The H22 was rated at 200 horsepower in the final year of Prelude production and was good for 0-60 mph in 6.7 seconds and 15.2 secs in the 1/4 mile.  Not bad numbers for a front wheel drive car that wasn’t set up to go in a straight line and is more suited to road course or autocross use than drag strip. 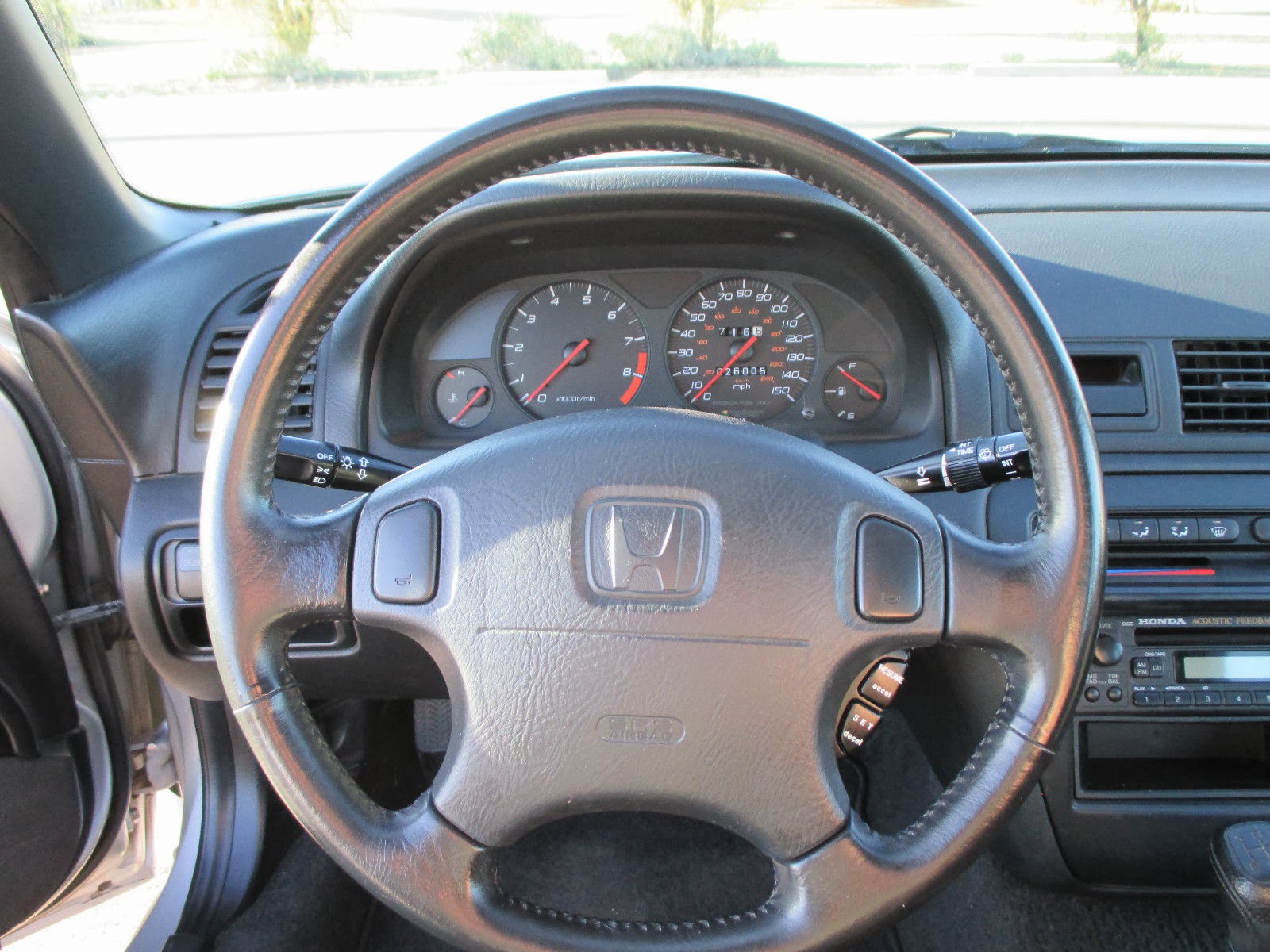 This particular Prelude is about the nicest example you will find on the market; miles are low and most importantly it is 100% stock.  No pillar mounted gauge pods, no shopping kart wing, no hood scoop, no fuzzy dice…not even an aftermarket sound system.  This is the correct way to buy a ~10 year old used car if you want to drive it and then sell in a year or two without losing a nickel in the transactions. 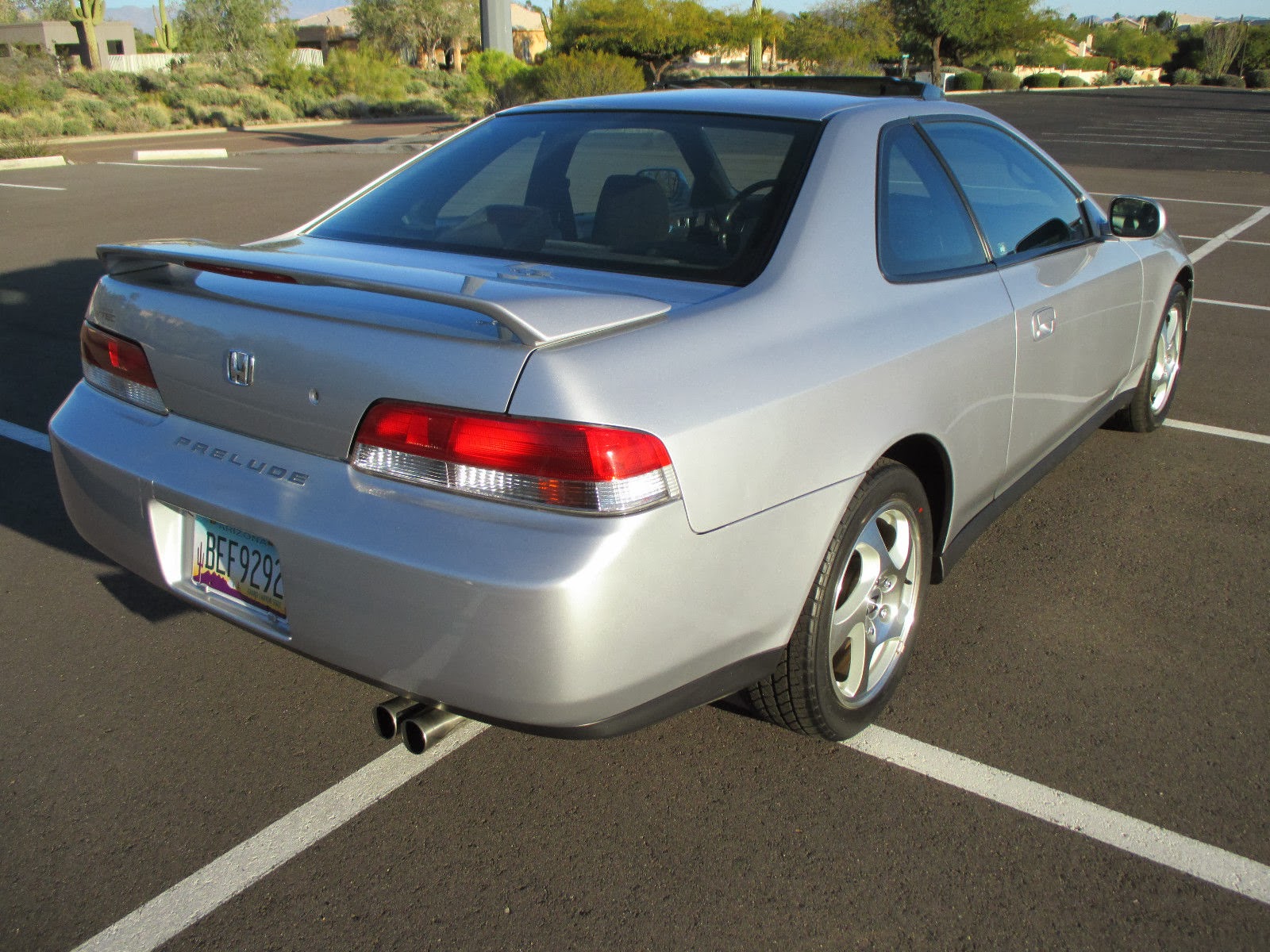