The Triumph Stag was a classy 2-seat semi-hardtop convertible designed
by Giovanni Michelotti (designer of the BMW 2002 among other cars).  The
T-top b-pillar roll hoop ruined an otherwise stunning design and
Triumph’s inability to produce a reliable new vehicle was noteworthy…but that didn’t stop over 25,000 people around the world from buying one between 1970 and 1977.  Today’s example has had its Triumph 3.0 liter V8 removed in favor of a 2.8 liter V6 from a German Ford — find this 1973 Triumph Stag here on craigslist, offered for $9,900 in Pace, FL.  Tip from Randall. 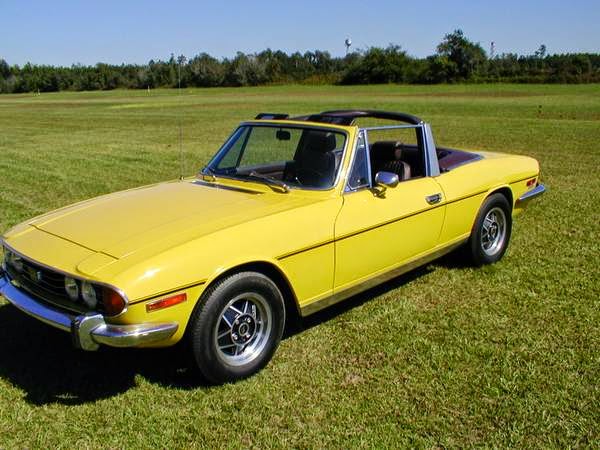 The Stag was not a bad car, it just had a reputation for overheating and falling apart — things you won’t need to deal with on a driving classic because the factory defects have long been fixed.  In this case with a transplant of an entirely different engine…strange…but intriguing. 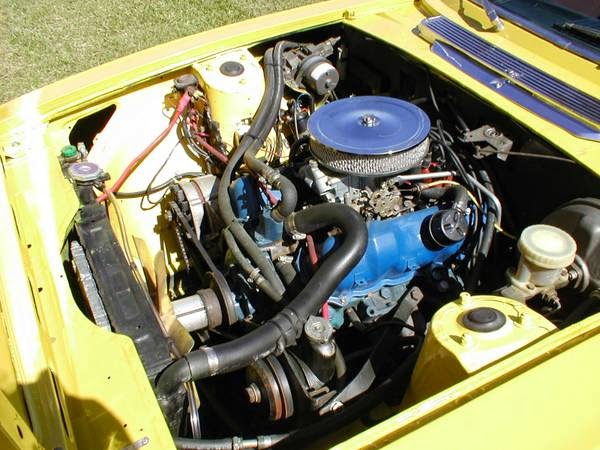 Under the hood is a 2.8 liter version of the Cologne V6, which originally appeared in the European Ford Taunus and was shoved into vehicles like the TVR Tasmin, Ford Bronco, Mercury Bobcat, Mustang II and Reliant Scimitar.  This V6 probably puts out something around 150 horsepower, which is about the same as the original V8, but it is mated to a C3 automatic transmission. 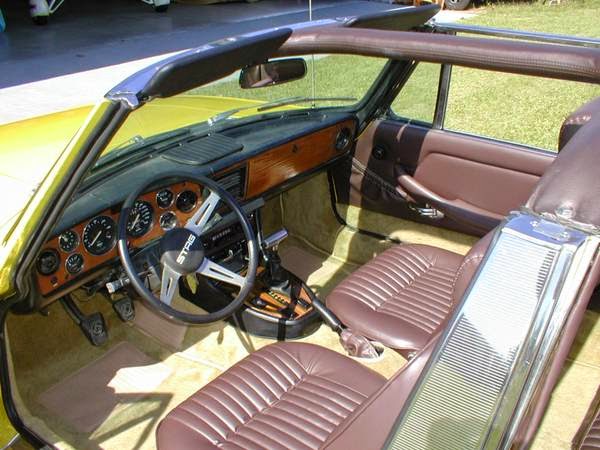 The interior on this car looks decently preserved, but the automatic shifter is a big disappointment, especially since it looks like it has 3 pedals. 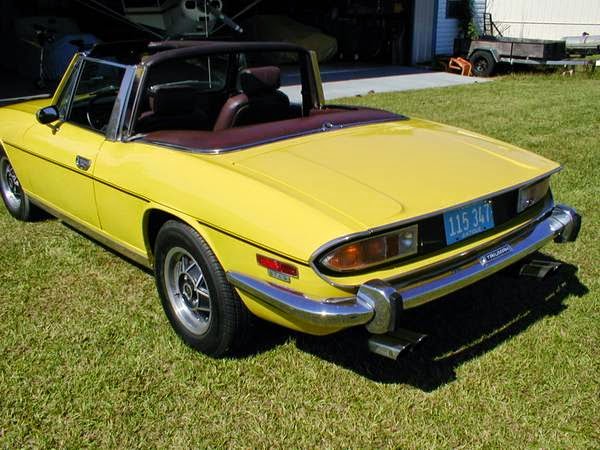