The M5 was the luxury reincarnation of the classic Muscle car formula, which was to take a big engine and shove it into a medium sized package.  However, BMW took this a step or two further and upgraded the suspension brakes and cosmetics to build the ultimate executive class fast sedan — a segment that it dominated through much of the 80s and 90s.  The following is a selection of 3 classic BMW M5s from tipper FuelTruck.

First up is this 1988 BMW M5 E28 project offered for $13,500 in Fremont, CA via craigslist.  The seller says that the interior is perfect, but it has been in storage for 5+ years and that it needs paint and a fuel pump or relay.  However, if the S38 inline-6 rated at 256 horsepower from the factory is in good shape this could be good deal because prices of these things have shot up recently and BMW only built 2,191. 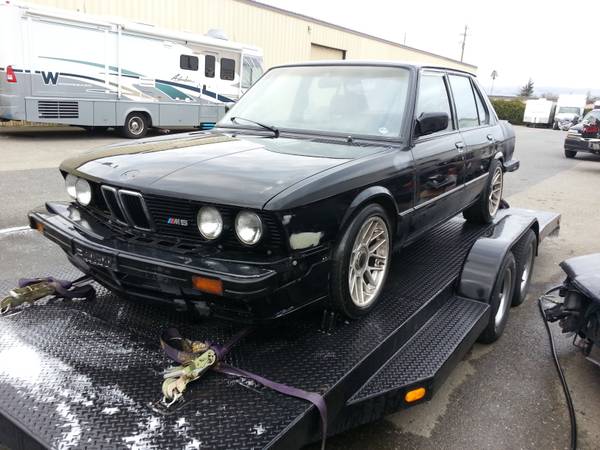 Next is a 1991 BMW M5 E34 offered for $9,200 in San Jose, CA via craigslist.  This white beast features all original paint (Apline White II) and has been a California car since new.  It does have 242,000 miles on the odometer, but the S38 inline-6 rated  at 307 horsepower will be reliable if properly maintained.  The E34 M5 has also shot up in price over the past year (or two) but with 12,254 produced you (and other buyers) have more options to chose from. 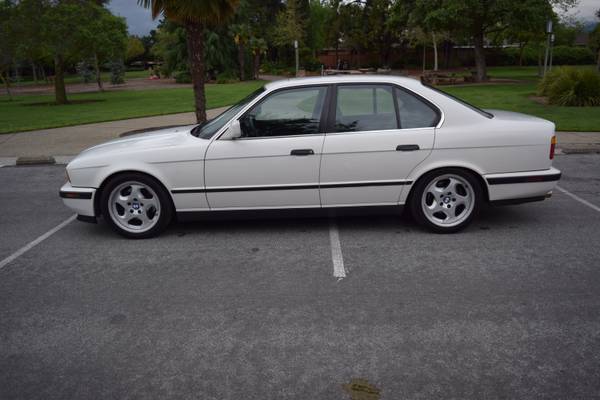 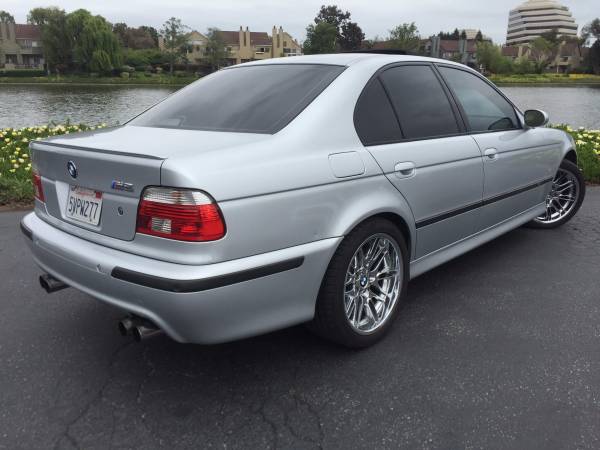 See a better deal on a used M5? tips@dailyturismo.com