If you are a regular DT reader, you’ve probably noticed that we’ve featured many examples of the 2nd generation Corvair (1965-1969), but only a handful of the first gen (1960-1964). It isn’t just that we like the crisp styling of the later cars versus the roly-poly 50s look of the earlier cars, but the added benefits of more power and a properly sophisticated independent rear suspension fixed the handling woes of the early cars.  However, that doesn’t mean we don’t appreciate that the early cars can be a good simple driver or a completely bonkers custom…like this 1964 Chevrolet Corvair

currently bidding for $8,200 reserve-not-met with 2 days to go on ebay, located in Upland, CA. 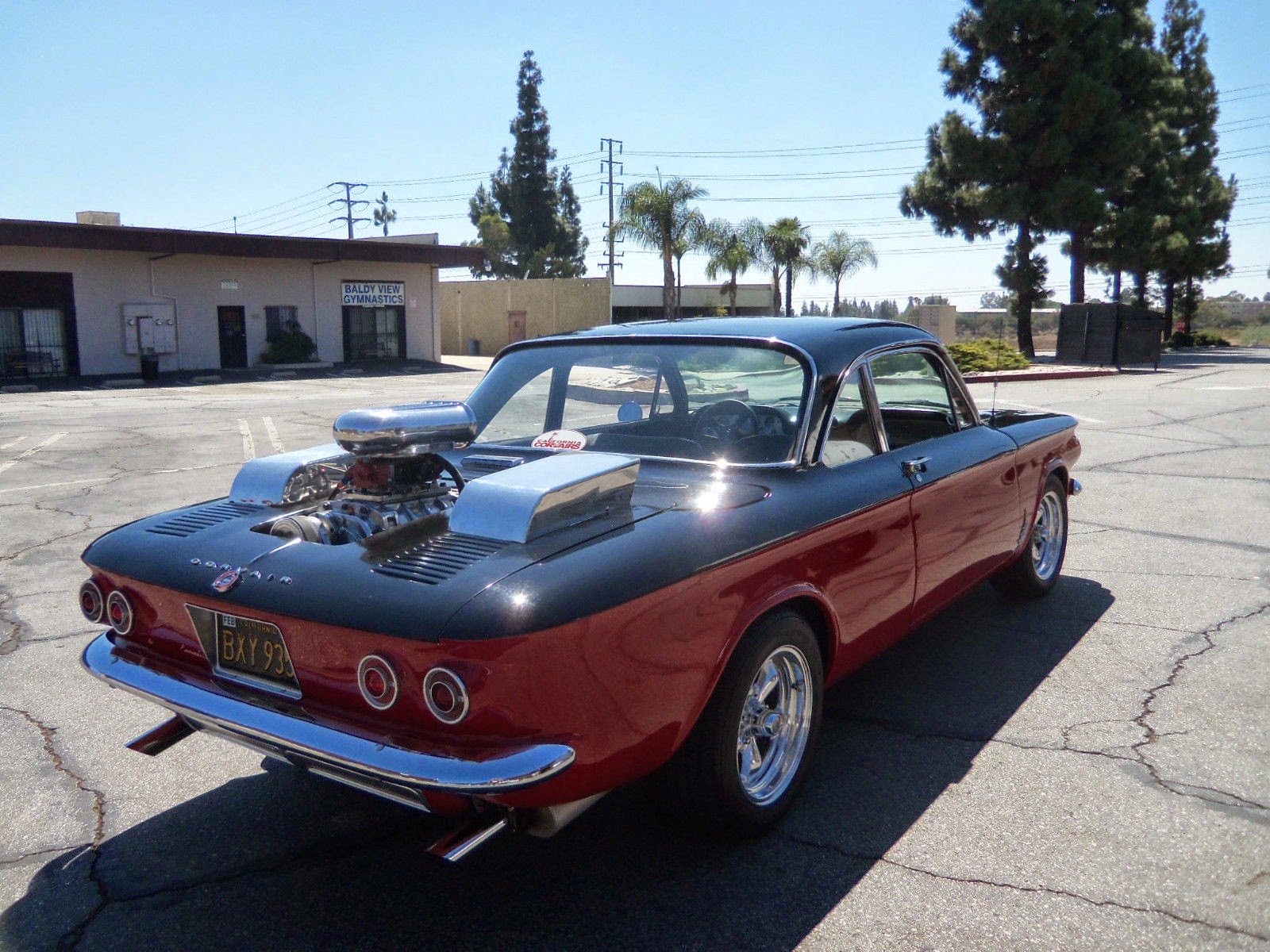 The Corvair shares much of its rear suspension and transaxle parts with the rope-drive Pontiac Tempest, so many of the custom Vairs you see burning up the pavement have been converted to mid-engine with a Chevy V8 bolted to that transaxle.  However, this always deletes the back seats and brings spinning parts within inches of the driver’s soft and fleshy cranium, so the better solution is to stick with something rear mounted. 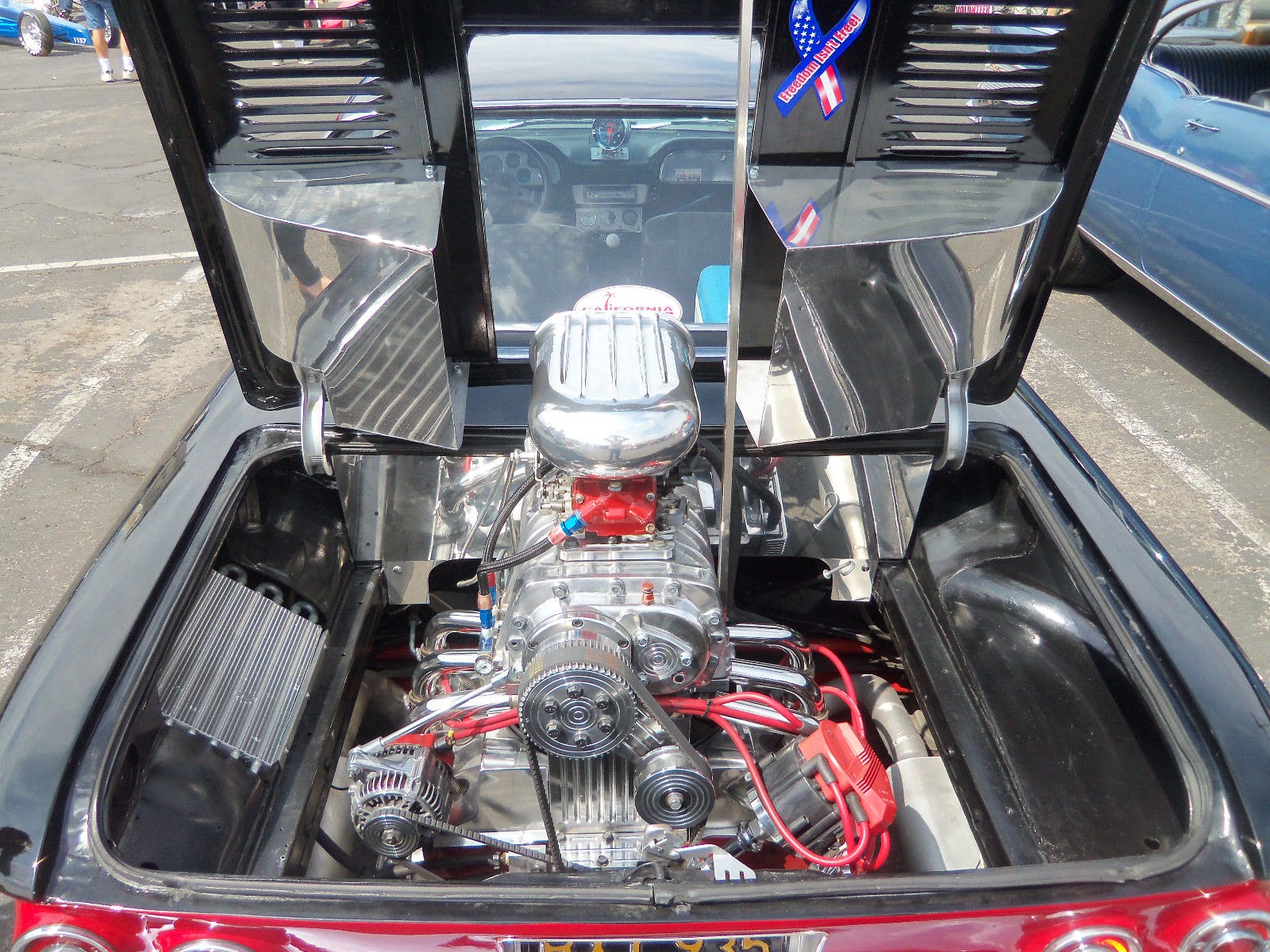 Of  course, there isn’t much room in the back for a Jaguar V12, so you’ll need to stick that in the front, but perhaps you could consider adding a gigantic blower to the stock Corvair flat-6?  Now we’re cooking with nitro-methane!!  The seller doesn’t specify a power output from this chromed up monster in the back, but if it doesn’t shred the 4-speed manual gearbox, it’ll be a handful of fun. 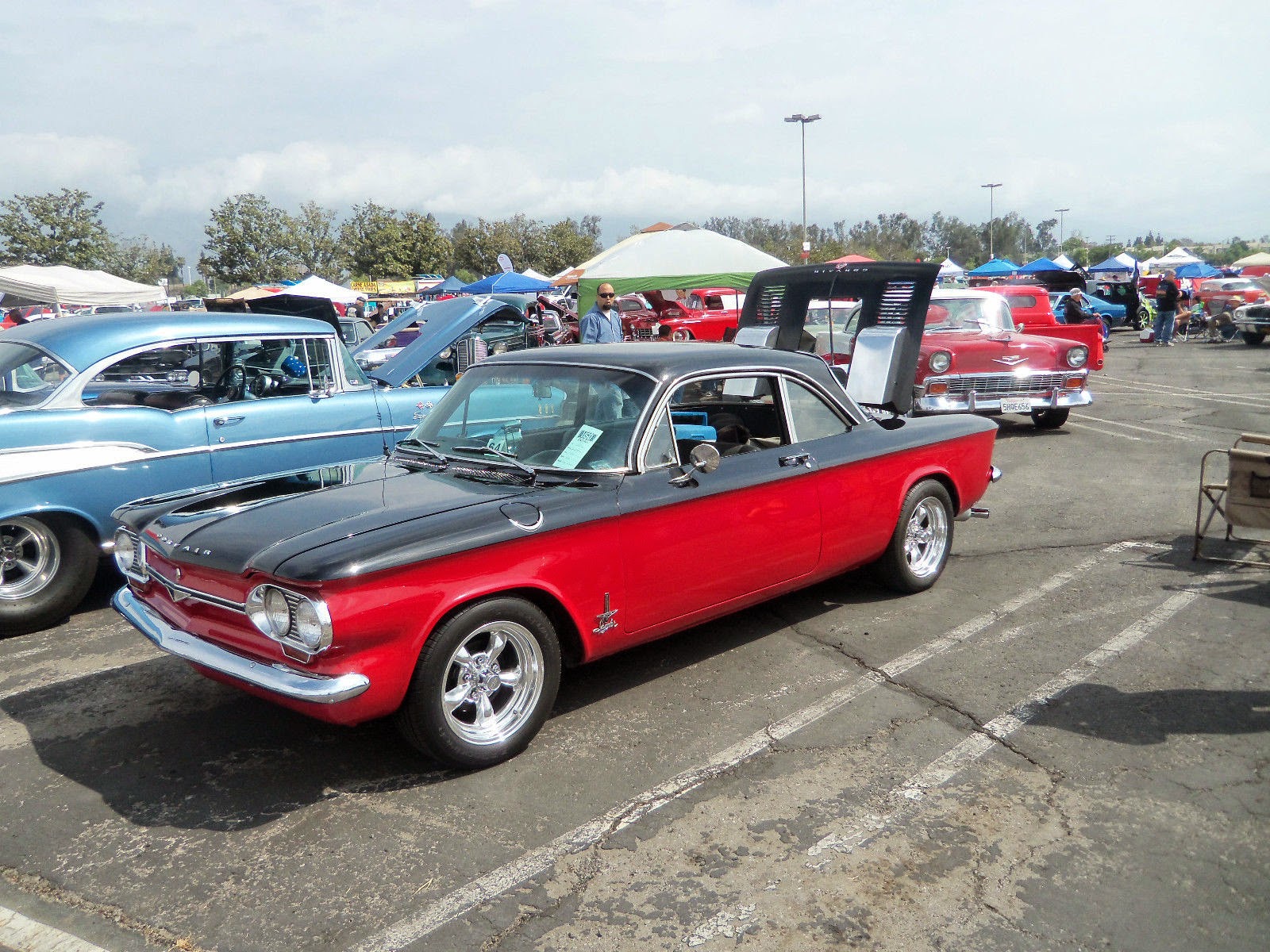 See a better way to scare your passengers before the engine fires up?  tips@dailyturismo.com