The UMM Alter II is a Portuguese 4X4 vehicle built for agricultural, industrial and commercial uses.  It is as close as you can get to a PDM (Portuguese Domestic Market) Jeep and was built from 1986 to 1994 by União Metalo-Mecânica (UMM). UMM acquired the business to build this odd looking thing from a French firm called Cournil that started by repairing a batch of WWII US Army Jeeps left behind and eventually developed the slantnose beast you see today.  Find this 1989 UMM Alter II Phase II offered for $8,900 in St Johns, OR via craigslist.  Tip from Luke and FuelTruck. 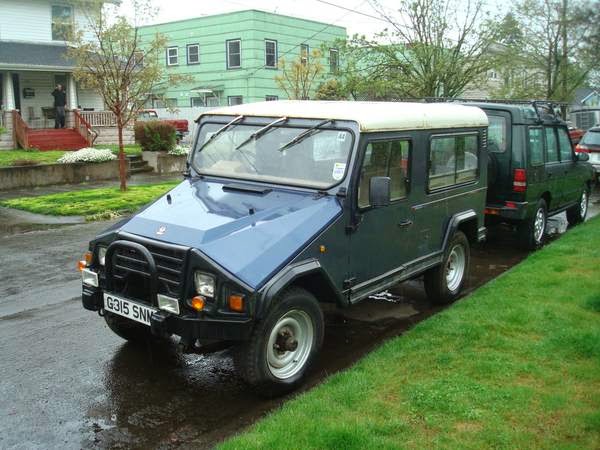 The Alter II was never officially imported to the US Market, so finding one on these shores is not common.  How this one has been registered is unknown, but as of this year it is 25 years old and legal to import, so any previous sketchiness in grey-market title status can be solved if the US Customs and Border protection folks have filled all the drug tunnels under our borders and have spare time to address the second most dangerous threat to our security…GASP…grey market automobiles! 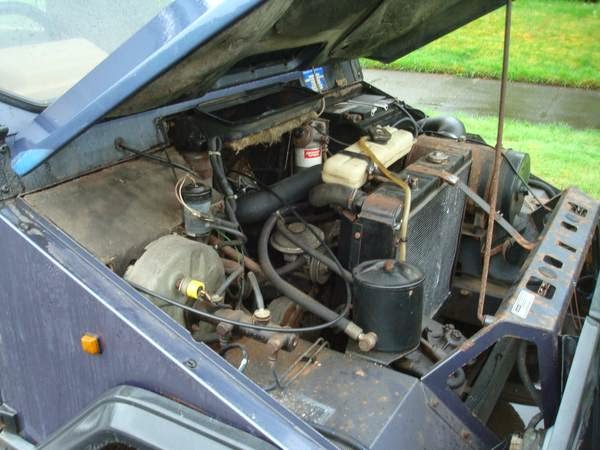 Pop the pinball table shaped hood and you find a radiator and some other junk…but where is that pesky engine?  The 2.5 liter Peugeot diesel is located far back behind the front axle and access is probably easier through the inside of the cabin.  The 76 horsepower diesel engine won’t win any drag races but it will get good fuel economy while driving you through snow storms, sand storms or the zombie apocalypse. 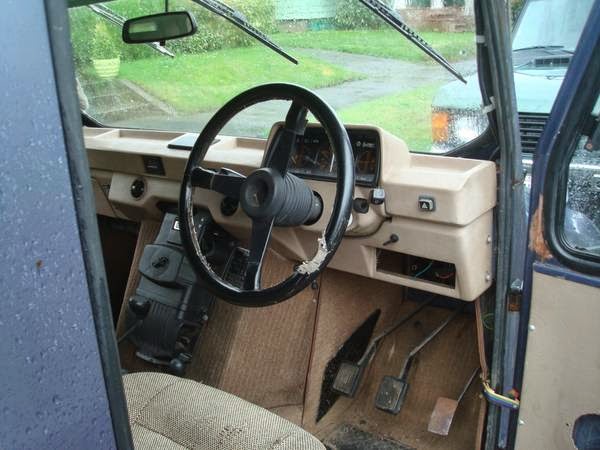 The inside employs a Jeepest form-follows-function setup and looks usable aside from a steering wheel has been gnawed on by a Portugese Water Dog.  The top comes off so you can enjoy open-air motoring if you are into that kind of thing. 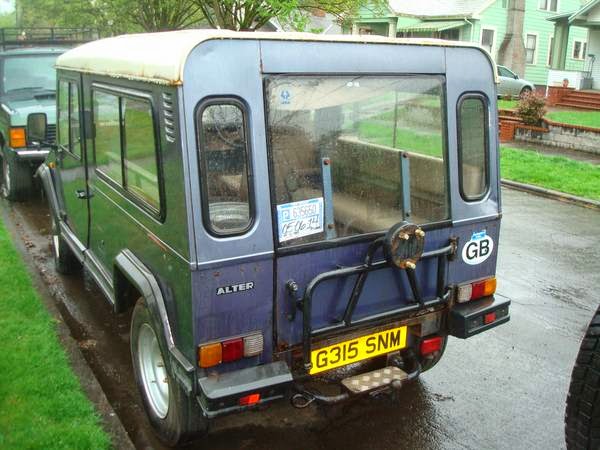