The 1957 Chevrolet is a car so synonymous with the American classic car and hot rod movement, that this writer knows a cheeky individual who calls every pre-1970 car a “57 Chevy.”  When folks correct him and say things like, “actually that is a Chrysler New Yorker” he always replies, “oh yeah, but I believe the New Yorker was built on the ’57 Chevy chassis.”  For most folks, the delusions of Mr 57 Chevy is as close as they will ever get to owning a ’57 Chevy, mostly because nostalginflation and greed has driven prices through the roof, but today’s feature is an opportunity to own a icon for the price of the mundane.  Find this 1957 Chevrolet 210 for sale in Webb City, MO for the asking price of $8,500 via craigslist.  Tip from James C. 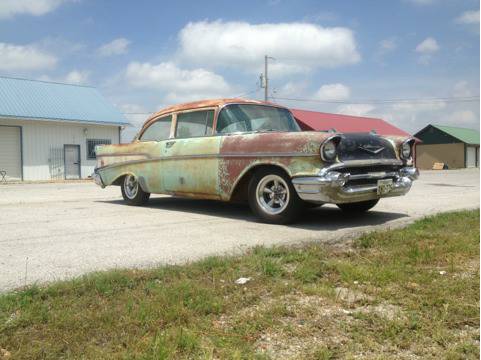 The two-ten model was the mid range ’57 Chevy, slotting below the upscale Bel-Air, but better equipped than the base model one-ten.  The ’57 Chevy is known for its large tail-fins and unique headlight treatment, accomplished by re-location of air-ducts to headlight pods.  The lower grill forms a wide-mouth for the ultimate “car face” and lets air in to cool the original 265 cubic inch V8 – which has been replaced with a 350 cubic inch small block V8, mated up to a 700r slushbox auto. 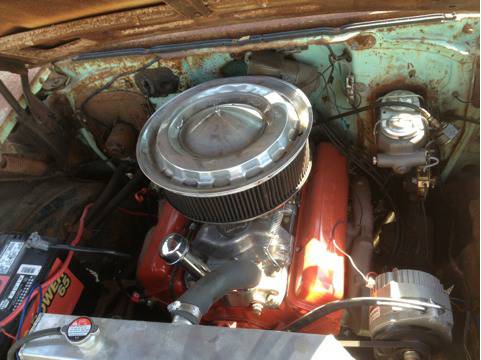 The ratty exterior hides a rusty free frame and a few tricks under its sleeve.  We agree with tipper James who says:

“Although not ‘finished’ in any sense of the word, I would drive this (if
I had the money to buy, and my wife wouldn’t kill me from bringing home
yet another car.” 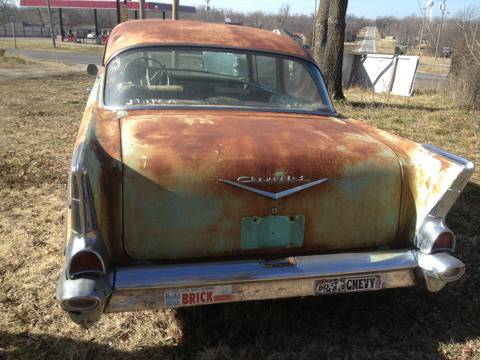 See a better iconic machine for less than $10k? Email us here: tips@dailyturismo.com