It’s hard to hate a MINI cooper driver (unless he or she refers to it as their “BMW MINI”). Yes, there’s nothing quite so kitschy as a checkered flag roof, but a general raciness is almost expected from the car that made The Italian Job remake bearable. So you’re forgiven if you drive one with side sill extensions and flames, right? Find this 243-horsepower 2002 Mini Cooper S for $8,600 in Texas via NorthAmericanMotoring.com, a MINI forum. Words and tip from DT commenter & contributor  slowcarSLOW-MPGlol. 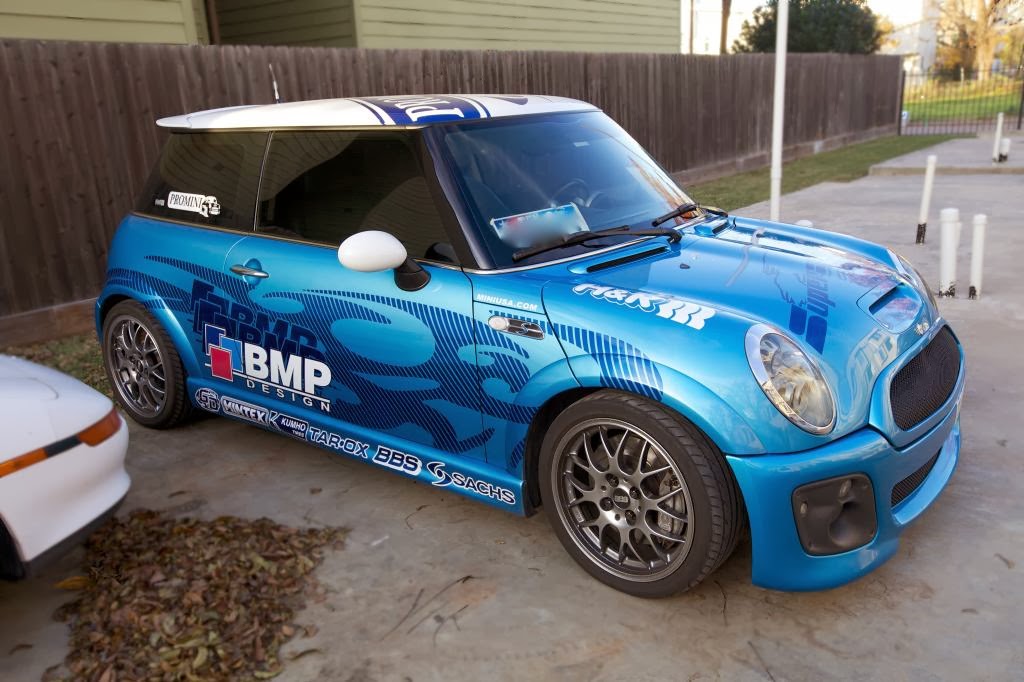 Build lists are fun to look at, and we believe this one’s $14k bottom line. One of the greatest joys of driving this car would be finding out if the supercharger whine, now louder thanks to the reduction pulley, overpowers the sound from the full exhaust system. These are things to think about when you aren’t hunting for the secondary controls in the infamously erratic instrumentation setup. 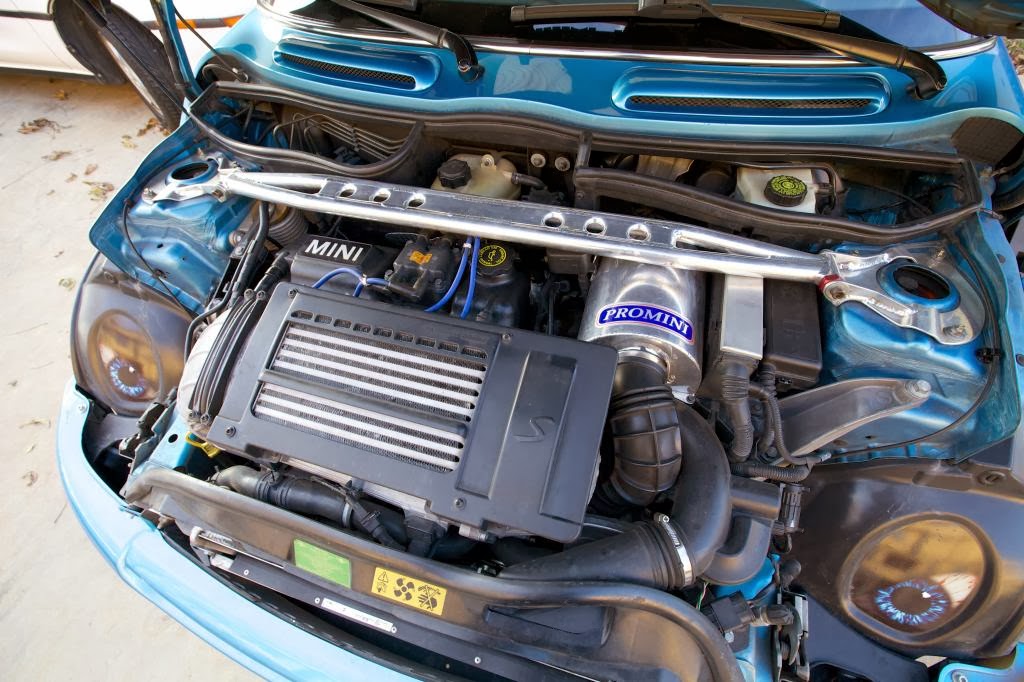 Buyer beware: this is a tiny car. It’s longer than a Smart car as much as it is shorter than a Civic. It makes a 1.6l engine look big. Lift the hood (and the headlights, which is a trick that never gets old) and you’ll see a small engine bay made smaller by a strut tower bar holding down whatever chassis flex happens to be jiggling about four inches from the firewall. Also, eyeballs. 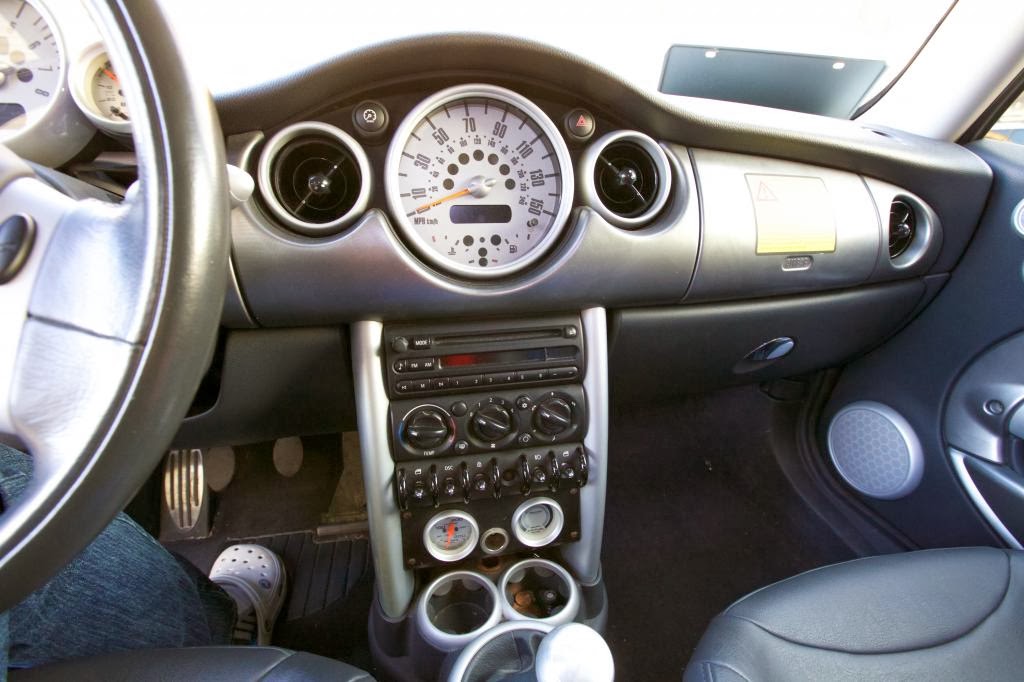 Strip the graphics, swap the bumpers and taillights back to stock, remove the silly 4-point harnesses made futile by the flat-bolstered seats, and you’re left with a low-mileage BMW-engineered hot hatch with 1.5x the horsepower from stock, built professionally, all for only $8,600. Or embrace the cosmetics and enjoy a 2,500-pound, 6-speed, neutral-handling daily driver that was supposedly 3 times stiffer than a 3-series. You’re getting a lot of car for just barely more than the $7,000 worth of options you could order back in 2002. Oh, and this one doesn’t have a checkered flag roof. 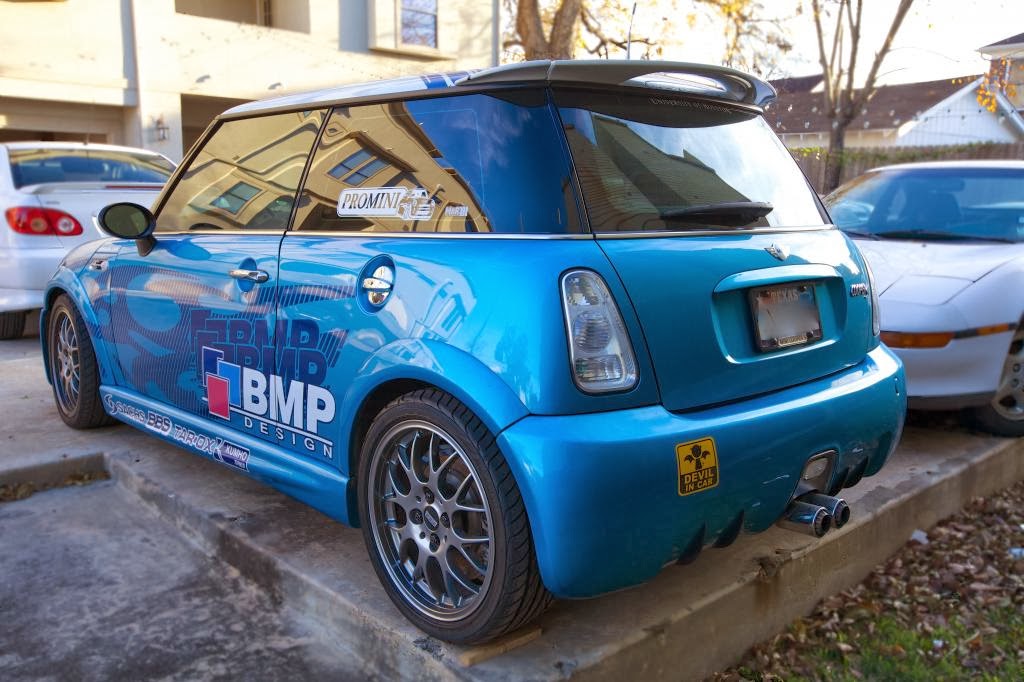