I’ve always said that nothing good has ever come from LA’s Inland Empire.  The place is a cultural wasteland, filled with strip mall infested cities named Temecula, Fontana and Rancho Cucamonga (thanks to Jack Benny I will always say that in Mel Brooks’ voice) that are cloaked in a caustic layer of sticky smog.  The air is so bad that folks who live the area have reported surprise when they notice the San Gabriel mountains a few miles away after a rare downpour of acid rain clears the sky momentarily.  Within minutes the Mercedes, BMWs and Lexii from Malibu to Monterey Park will once again fill the air with combustion byproducts that will eventually find their way to LA’s liver.  Naturally, it is with some shock that I found, in this most detestable of places, what can only be described as the most awesome vehicle ever built. A Radio Flyer Wagon built on a 1990 Toyota Pickup chassis offered for $10,100 in Lake Elsinore, CA via craigslist. 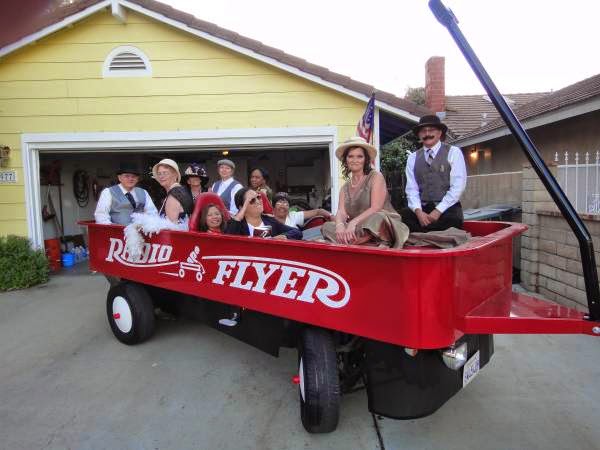 Holy guacamole…someone built a full sized people hauling Radio Flyer wagon.  It is like Christmas came in August this year and I’m getting that wagon I always wanted!! 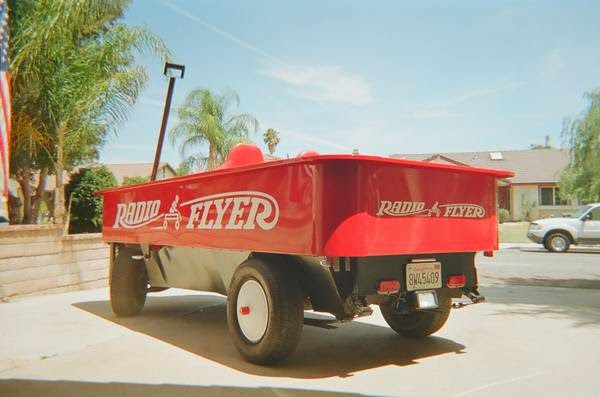 Just look at this thing!  It is riding on a Toyota Pickup chassis from 1990 and the seller appears to have a knack at bending sheet metal and a great sense of humor: *Please note that we no longer have the original packaging & if
anyone asks how fast this baby will go…tell them “as fast as you can
pull it!” 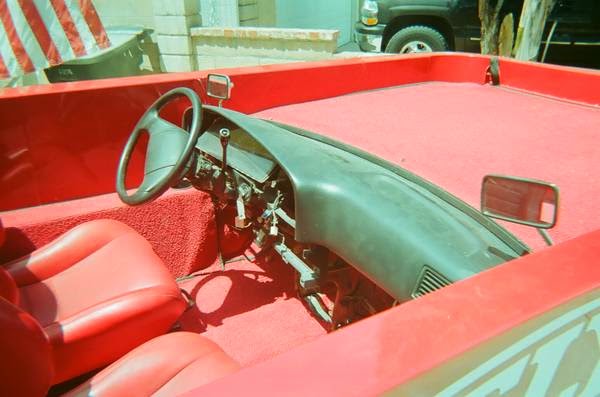 The car wagon  appears to only have two seats with belts, but there is a carpeted area above the engine and in the back where up to 12 people can ride for parades or a memorable trip down the freeway.  The dashboard might need some work, but the side view mirrors will give you a fantastic view of the inside of the wagon. 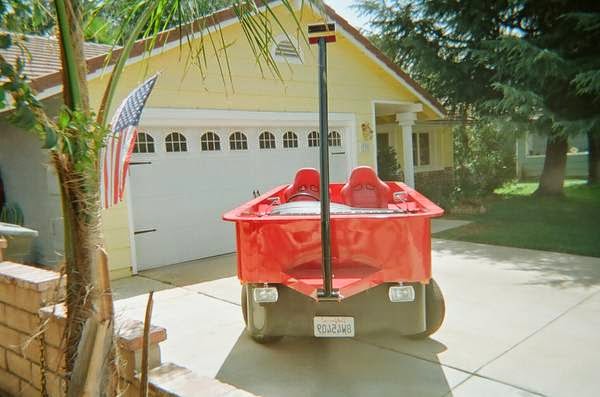 The unfortunate truth is that a CHP officer could issue you a booklet of citations a mile long for driving this thing around…but I can’t imagine anyone who has ever been a kid in the past would be capable of doing that. So unless they are cloning CHP officers like Jango Fett these days, you should be fine.