Forget Furious 7, if you want to watch a great movie about cars that isn’t full of CGI, bad acting, and sweaty dudes in UnderArmour t-shirts, pick up a copy of the 1958 Thunder Road starring Robert Mitchum (who sings the campy title credits song) as a returning Korean war vet, his son James Mitchum playing his younger brother who gets into running moonshine, and Gene Barry as a sympathetic revenuer out to catch the good ole boys before they die in a crash or get shot by rival gangs.  But the real stars of the movie are the tricked Shoebox Fords, a ’50 & ’51 Custom with ’49 grill, and this next feature is pretty close.  Find this 1949 Ford Custom here on eBay

currently bidding for $10,000 with a few hours to go, located in Lansdale, PA. 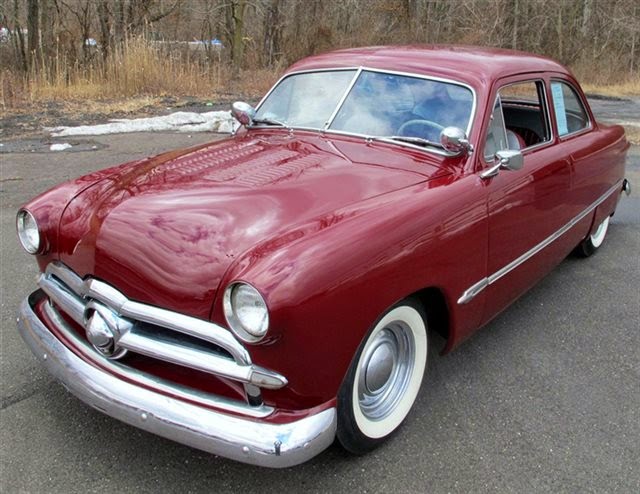 The 1949 Ford was credited as the first post war automobile introduced by one of the big three, and its legacy as a V8 powered hot-rod is second to none…except perhaps the ’57 Chevy.  The slab sided design with pontoon fenders was years ahead of the pre-war styling and it was slightly revised for the ’50 and ’51 model years. 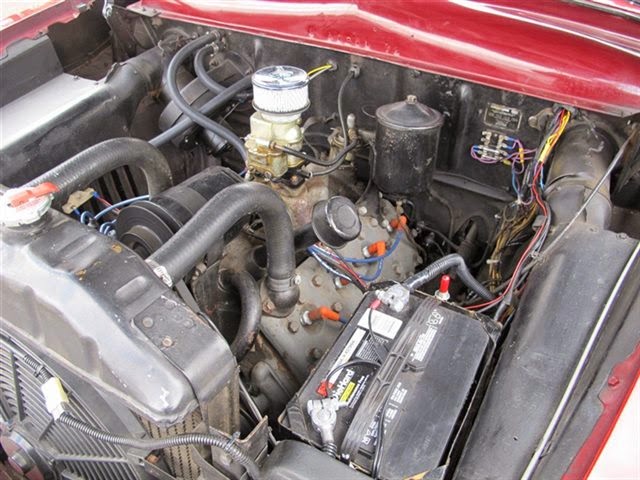 Under the hood isn’t some monstrosity (like a Chevy 350), but an original Ford flathead V8, the 3.9 liter sidevalve engine pushing out 100 horsepower when new.  Despite the fact that it was not as responsive to modifications as a good overhead valve V8, the flathead was (and continues to be) used by hot rodders to go fast and break records. 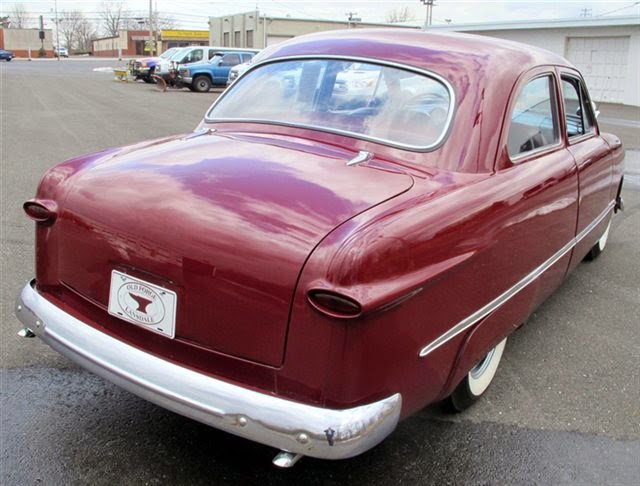 See another car for getting away from the man with a trunk full of shine? tips@dailyturismo.com