The LeSabre name first appeared on a 1950 GM concept car, designed by Harley Earl, and credited for introducing revolutionary aerospace design elements such as wrap around windows and tailfins to the automotive universe.  The LeSabre name was not used on a Buick model until 1959 and it was a rebranding of the Buick Special, a low-end full sized car (remember that before 1961 Buick had offered nothing but full-sized cars).  Today a ’59 LeSabre looks pretty nice, but it is the absolute entry level model/equipment for a ’59 Buick.  Still a cool cruiser but its not very representative of the Buick level of luxury, even Buick referred to it as “the Thriftiest Buick” instead of using the word “Cheapest”.  Find this 1959 Buick LeSabre Survivor

currently bidding for $9,851 on ebay, located in Portland, OR with a few hours to go. 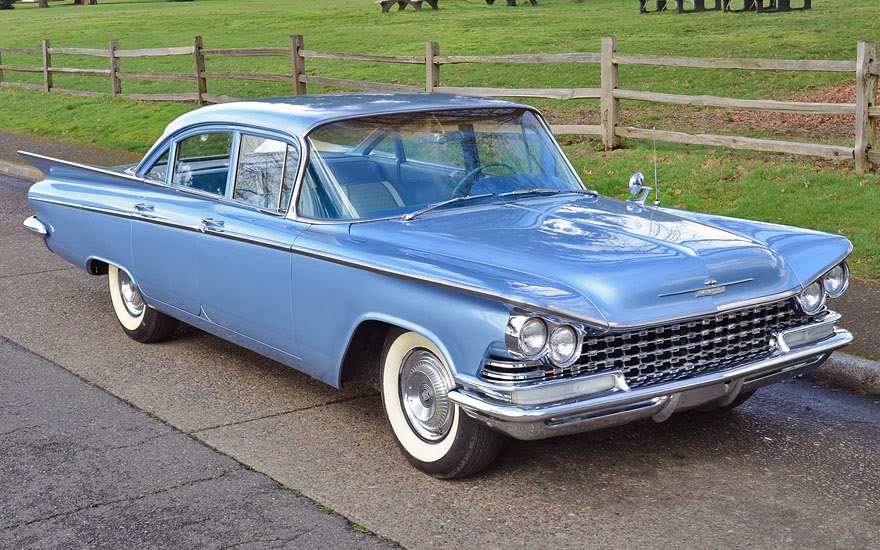 1959 (Soviet launch of Luna-1 & 2 moon probes, Alaska & Hawaii become 49th & 50th states, Castro takes Havana, the Barbie doll debuts) was the first year for the “new” model designations within the Buick stable (Special, Century & Roadmaster became LeSabre, Invicta & Electra respectively) and while the body is dramatically different from the ’58s it carries over elements of  the big chrome toothy grille.  The diagonally angled headlights are ’59 only and the
rear fins are far more ‘wing-like’ pointed and extend out
more dramatically than the ’60’s which were toned down a little. 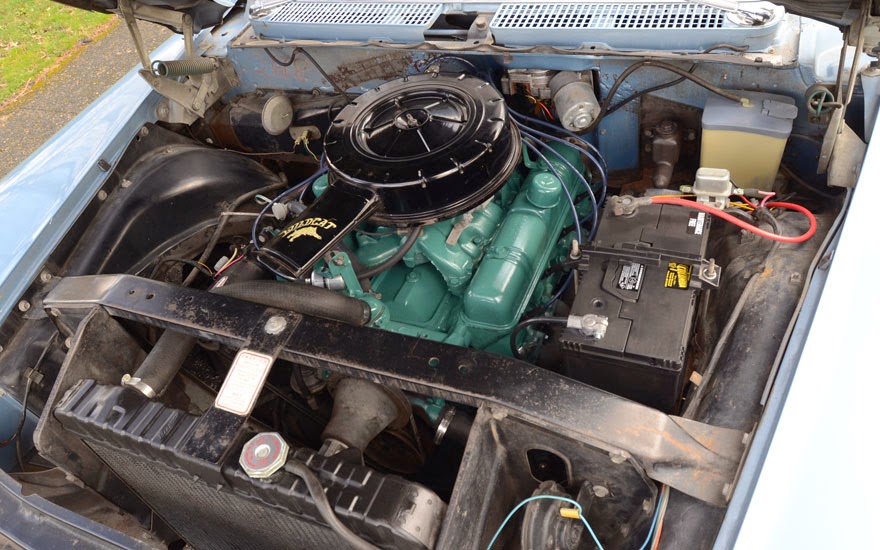 Power is provided by 364 cubic inch Nailhead V8 rated at 250 SAE gross horsepower from the factory and mated to a 2-speed dynaflow automatic transmission.  No power brakes or power steering on this car, but you can see the big finned front 12 inch aluminum brakes drums that Buick was known for and that hot rodders drooled over.  Sharp eyes will notice that vacuum lines are not hooked up to the heater doors so they will not work unless/until fixed and the speedometer cable and starter solenoid are new (if not the entire starter).  It is curious that the engine appears to have been repainted. 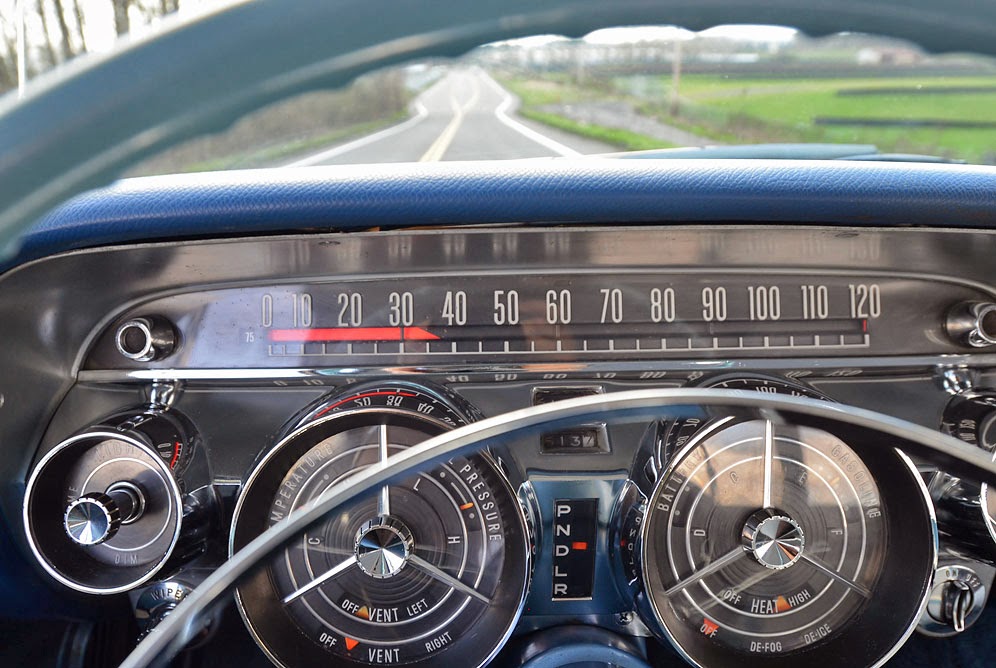 The dash on the ’59 is unique to that year model.  Very wild looking gauges that evoke something like a radar-sweep or an extension of the Buick bombsights that were on the front fenders of the ’58s.  The ribbon speedo is carried forward from earlier Buicks and this was the last year for it.  Look at the pod on the left of center on the steering column and you’ll see the vent selectors that matched up with two slide controls mounted on the left radius of that bezel.  Buick nuts will know that the shift indicator is vertical for this year only and the next year they went to the wild reflection of the gauges which used a mirror to look down at a reverse image of the gauges so that the dash could be tipped up to line up with the driver’s line of sight. 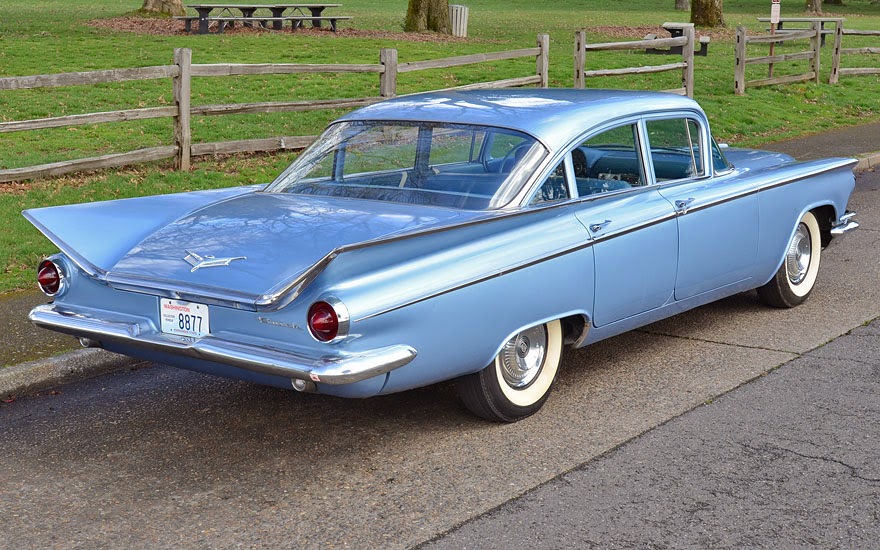 See another reasonably priced 4-door sedan with zero equipment and needs a repaint?

Words and story by DT’s Hunsbloger.