The Honda Insight was the first modern hybrid gasoline-electric
vehicle to hit the US market, beating Toyota’s Prius to the showroom by a few
months back in the year 2000. Remember the year 2000?   Y2K?  Did you ever find another use for the bomb shelter and apocalypse hideout you built for your family?  Did you know that Spam does have an expiration date?  Anyway, first generation Insight
didn’t sell well compared to the Prius which is
a shame because it was an actual driver’s car, complete with manual transmission and proper feedback from the steering wheel.  The only real complaint you could have is that the combined gas-electric 73 horsepower won’t thrill in the year 2014…but what if someone offered you a 200 horsepower Insight?  Find this 2000 Honda Insight with K20 power 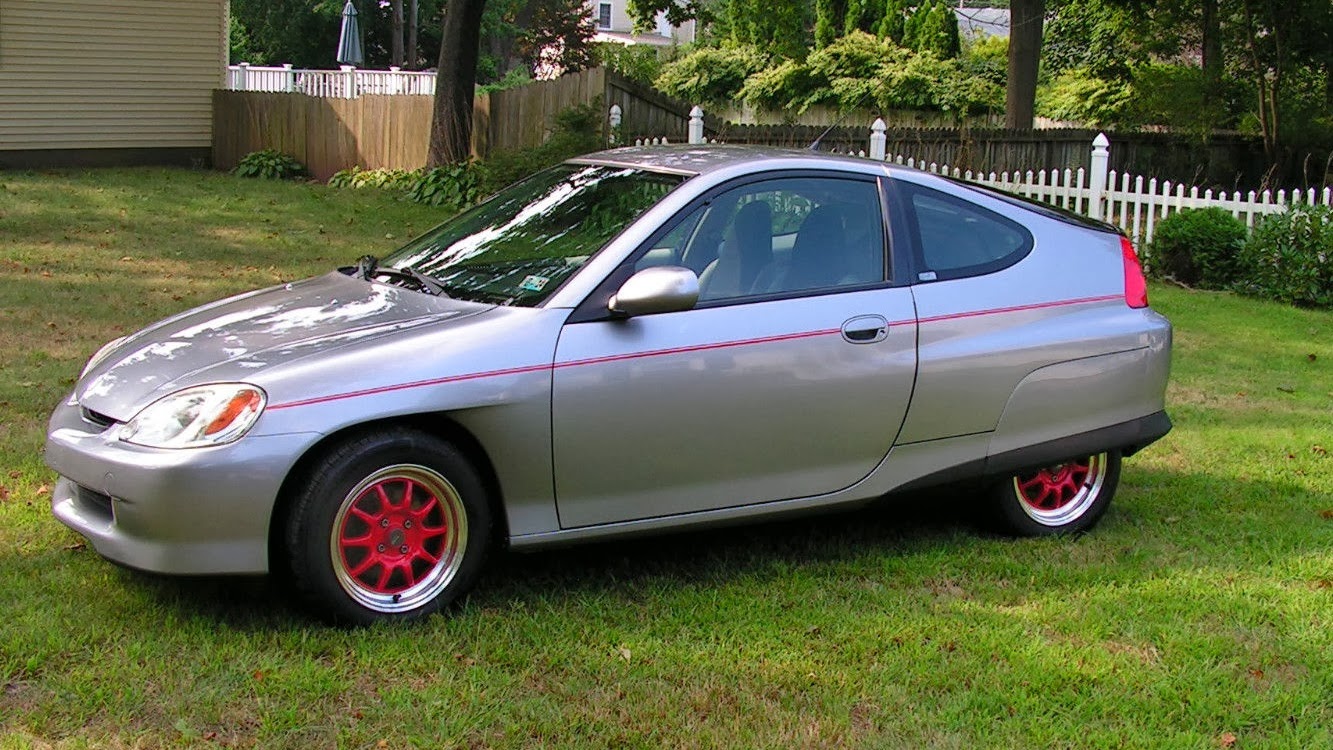 Honda discontinued its original front-wheel-drive two-seat sports car, the CR-X, in 1991 and launched something called the CR-Z in 2010.  Unfortunately the CR-Z is heavy and slow — barely faster than the CR-X with worse fuel economy.  That is progress for ya…and while it is certainly a safer and more refined ride, it plays straight to the aging baby boomer demographic — people who have sensitive backsides but are insensitive to money spent at the pump.  If proper nutters like the commenters on these pages had designed the CR-Z instead of marketing managers at Honda, the result would look at bit more like this modified Insight. 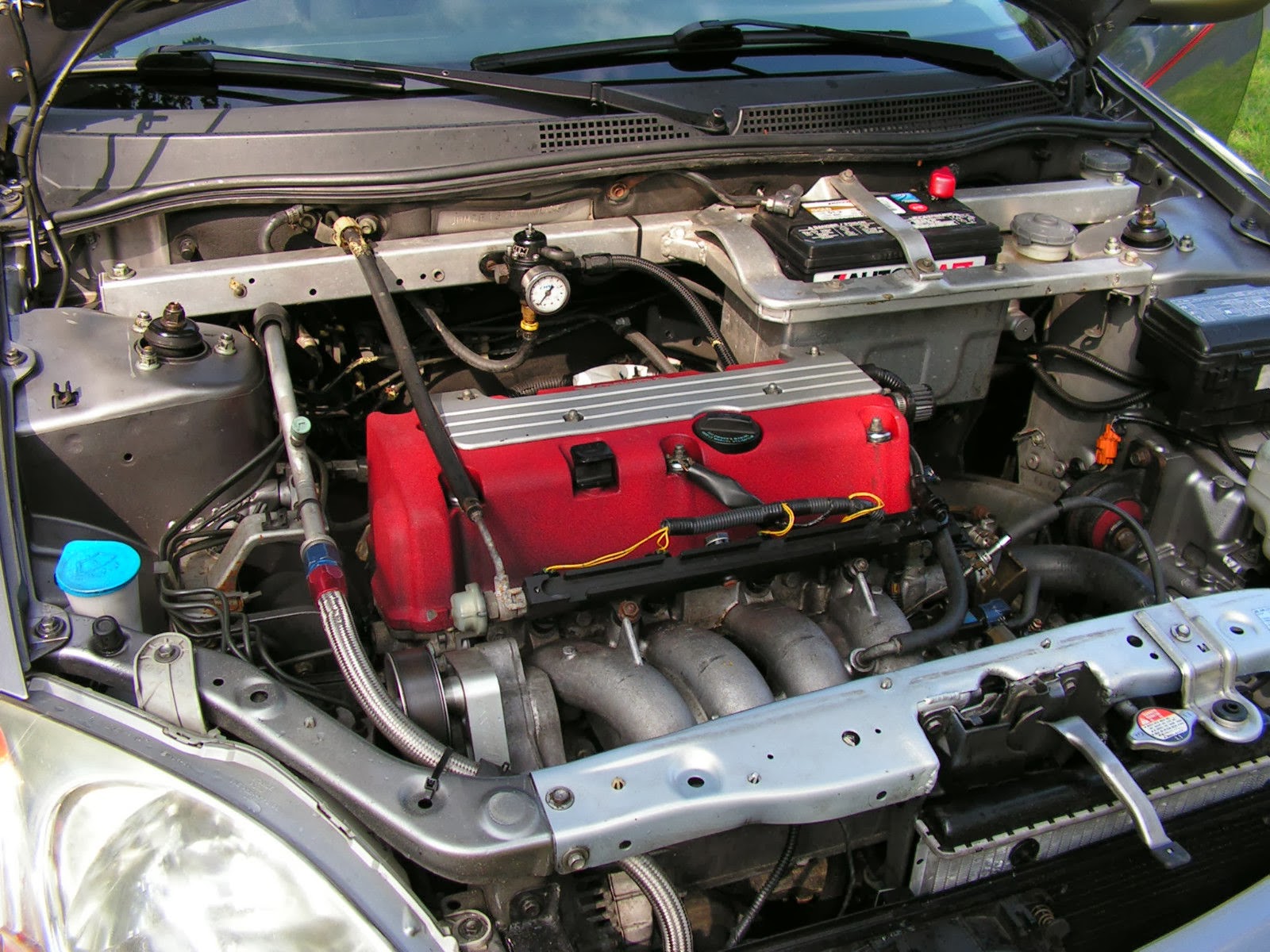 The original inline-3 with electric assist (not a bad setup at all) has been removed and this one is now powered by a 2.0 liter K20 4-banger that is found in the Acura RSX Type S and Civic Si.  The K20 has been slightly modified, should make a few more ponies than the stock 200 horsepower rating and surprisingly torquey at 139 ft-lbs. 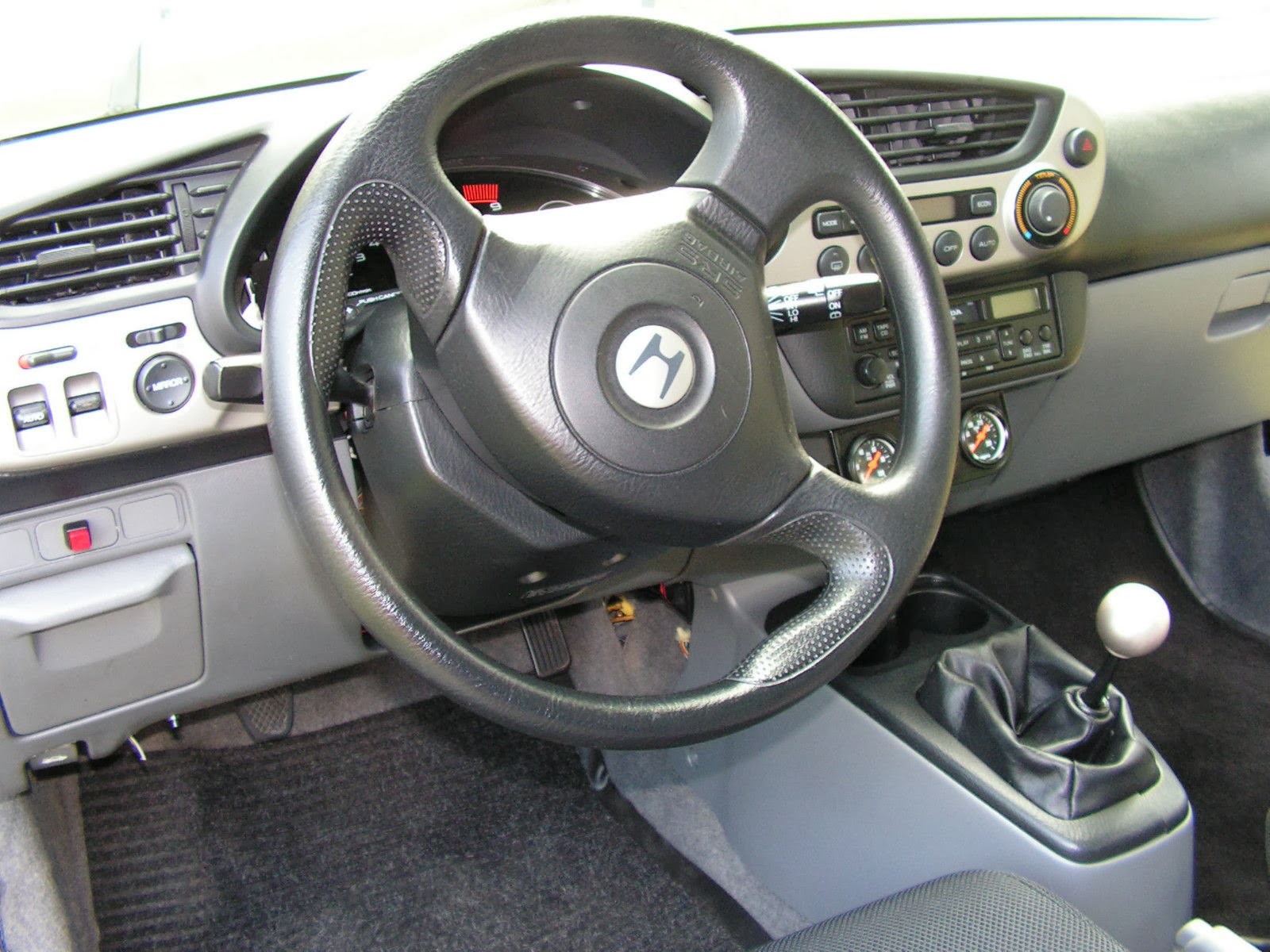 The Insight was actually equipped with a 5-speed manual from the factory, a strange appearance of a clutch pedal in the market segment dominated by slushbox equipped tubs of wallpaper paste.  Unfortunately this is probably the reason the Insight did so poorly compared to the Prius which welcomed mass transit lovers by the boatload with its decidedly A-to-B business approach to driving.  It was remarkable how many people who were not car enthusiasts by the farthest stretch of the imagination came out of the woodwork talking about how great their new Prius was when they first exploded into the market.  In SoCal the Prius driving 55 in the fast lane has become a punch line while an Insight sighting makes you ask yourself  “was that an EV-1?”  This one has a gauge cluster borrowed from an S2000 shoved into the dash and it doesn’t look bad at all. 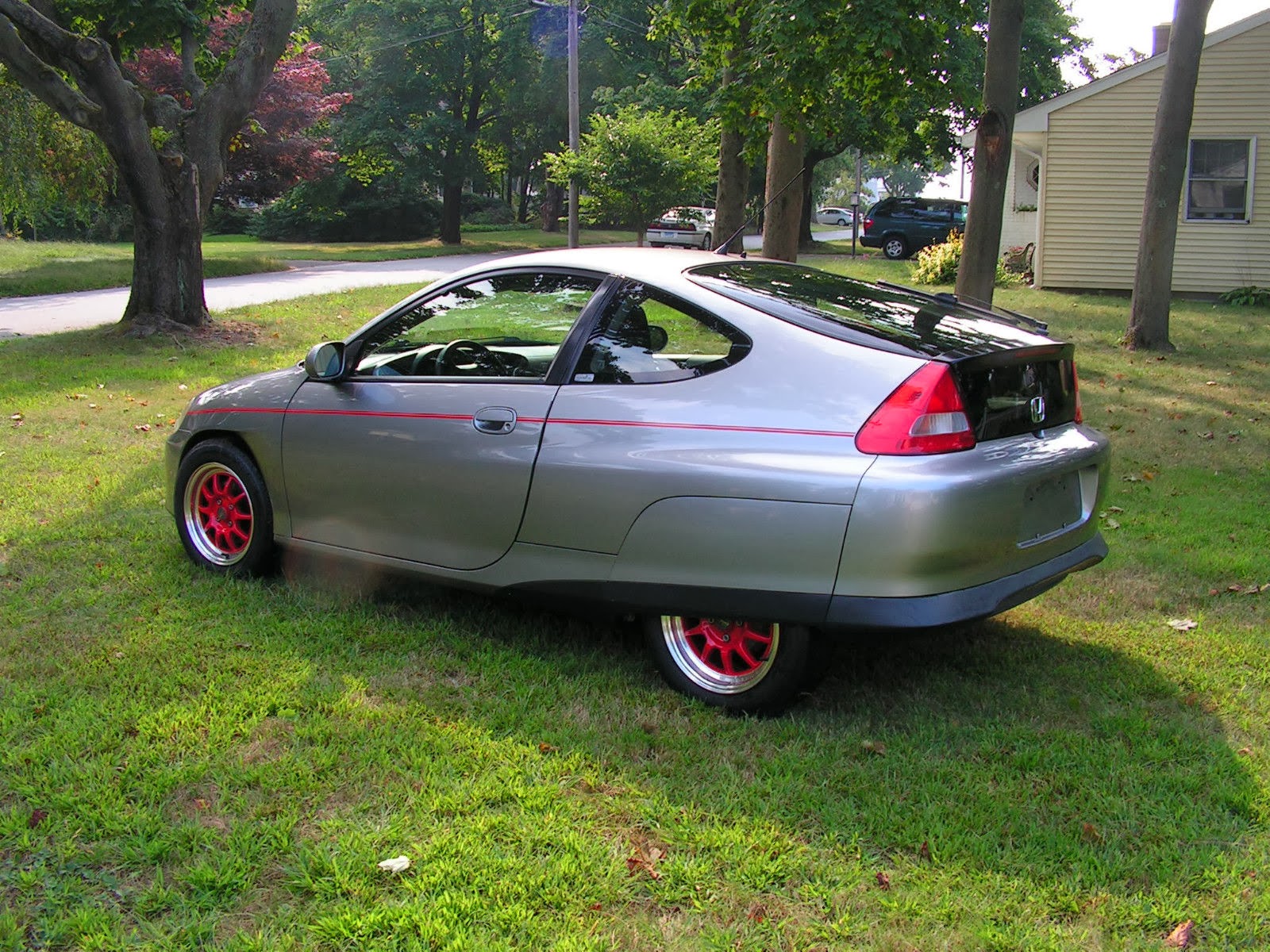 Lose the blingy wheels, keep the fender skirts and hoon the crap out of this thing.  tips@dailyturismo.com